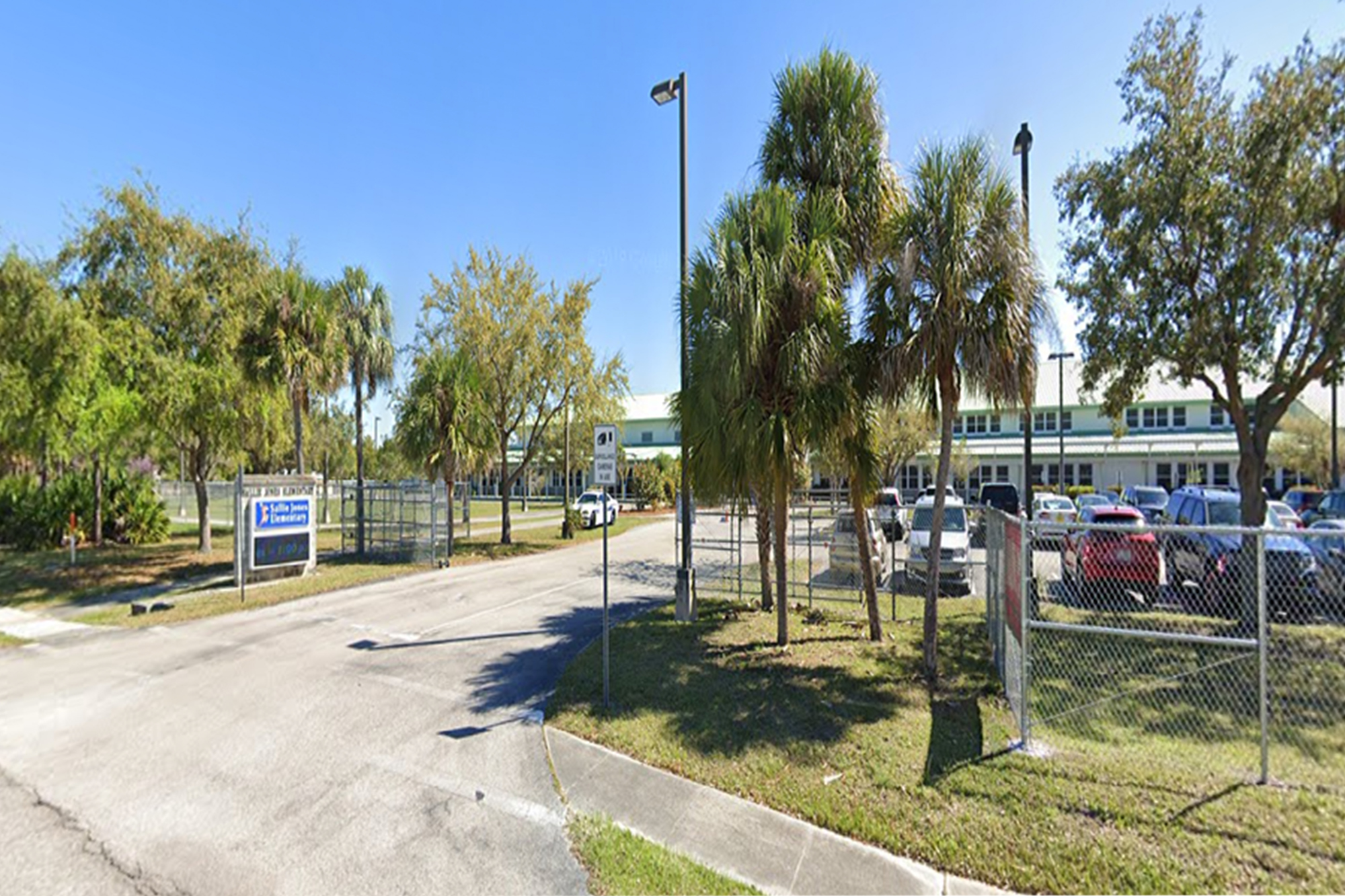 A provocative anti-abortion protester in Florida wielding a sign with images of aborted fetuses was arrested for causing a disturbance outside of an elementary school, local police said.

The protester was not named by the Punta Gorda police department, however, he is known to local law enforcement officials for his history of offensive signs used to get a rise out of people, NBC2 News reported.

He stood near the school’s parking lot entrance with a shirt that said “F–k Abortion” and a sign that showed aborted fetuses, police said.

People reportedly stopped to argue or engage with the man — including a woman with a blow horn. Others watched or filmed the contentious scene, blocking traffic as parents filed into the school lot to pick up their children, officials told NBC2.

When an officer tried to move the man from the premises, he was met with yells and curses, according to the station. The officer was concerned that the man might hit him with his sign, police said.

The protester had been seen before at Sallie Jones Elementary School in Punta Gorda during pickup and dropoff hours, and police were previously called to the scene on July 22, authorities told the outlet.

The school superintendent said they are an abstinence district and don’t teach or support abortion, so they didn’t know why he was protesting abortions at the school.

Police Chief Pamela Davis said that the man was not peacefully protesting and created a “potentially” violent situation by harassing kids and parents and disrupting the school schedule.

“That is a crime and we will not allow any individual to harass the citizens or the children of Punta Gorda,” she said in a statement to the station.

He was charged with breach of peace and disruption of the function of an educational institution.