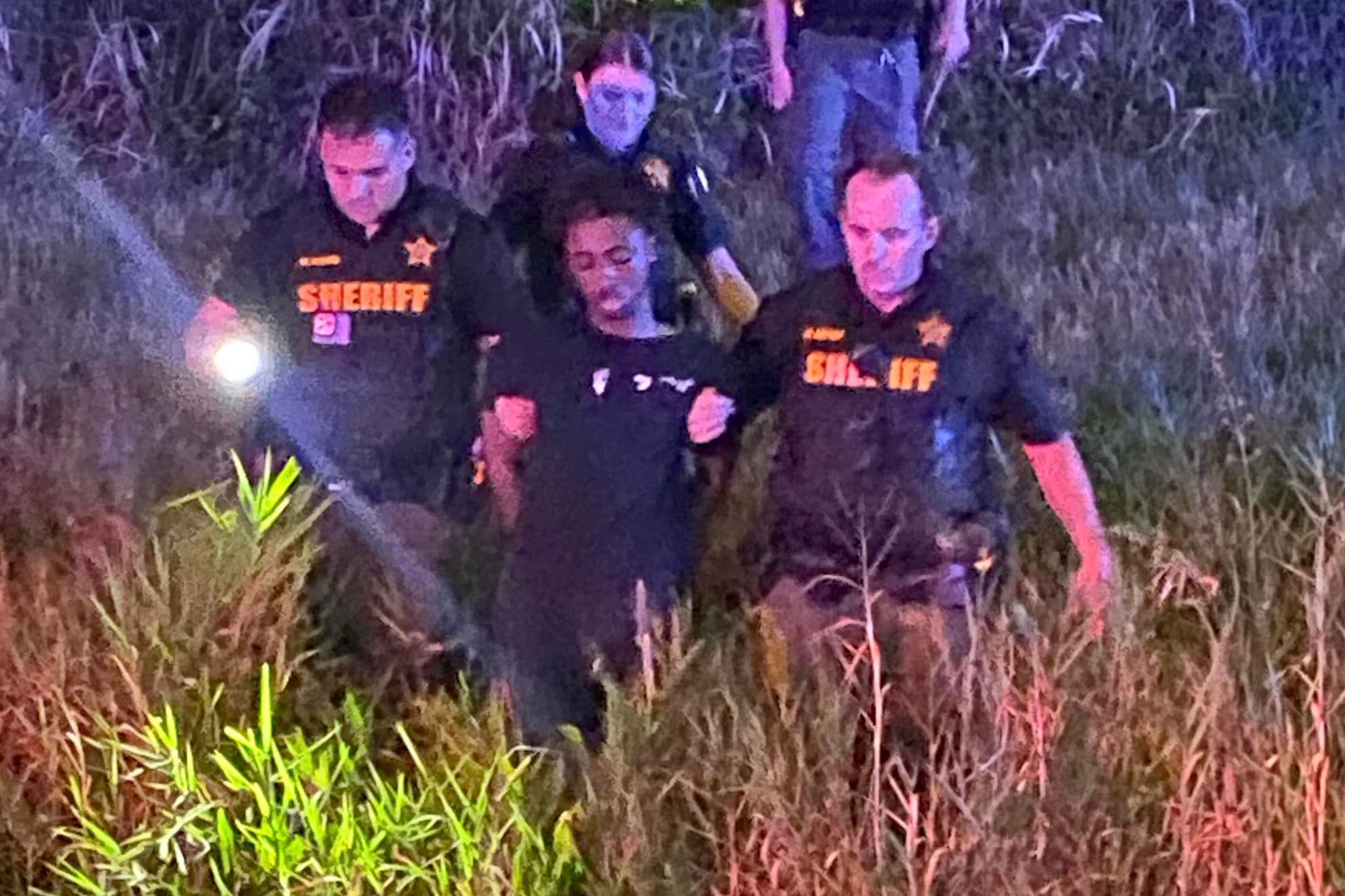 It was “Fast & Furious” in real life.

A lead-footed Florida driver led stunned cops on one of the longest and most dangerous police pursuits in recent history, hitting speeds of up to 180 mph and spanning hundreds of miles through several counties.

“The danger to innocent lives related to this crime cannot be overstated,” the Martin County Sheriff’s Office said in a statement Tuesday.

The chaos came to a halt after Richard St. Leger, 20, of Pompano Beach, finally ditched his stolen Mercedes SUV and fled into thick woods where he was tracked down by a police dog, officials said.

St. Leger, who was riding with a passenger, first fled pursuing officers in Orange County before flying through the counties of Osceola, Indian River, Okeechobee, St. Lucie and finally Martin.

The speed demon blew through several attempted traffic stop attempts and deputies suspended their ground pursuit at one point because the dangerously high speeds posed a risk to civilians.

But cops continued to track St. Leger with aviation units and made preparations to bring the terrifying joyride to a conclusion.

Martin County Sheriff’s deputies set up “stop sticks” in St. Leger’s path as he zoomed around at 150 mph with his headlights off, the agency said. He drove directly over the devices and popped the car’s tires.

St. Leger abandoned the disabled vehicle and disappeared on foot into nearby woods with officers and police dogs in pursuit.

Despite being cornered, he still refused to surrender. Deputies sent a K-9 named Zorro into the remote area and the dog made the final collar.

“Every agency and every person on shift last night, from dispatch, Aviation, K9 to Road Patrol, did an outstanding job ending this pursuit with no injuries or loss of life,” Martin County officials said.

St. Leger now faces a slew of charges including grand theft of a motor vehicle, fleeing with a disregard for safety and obstruction.