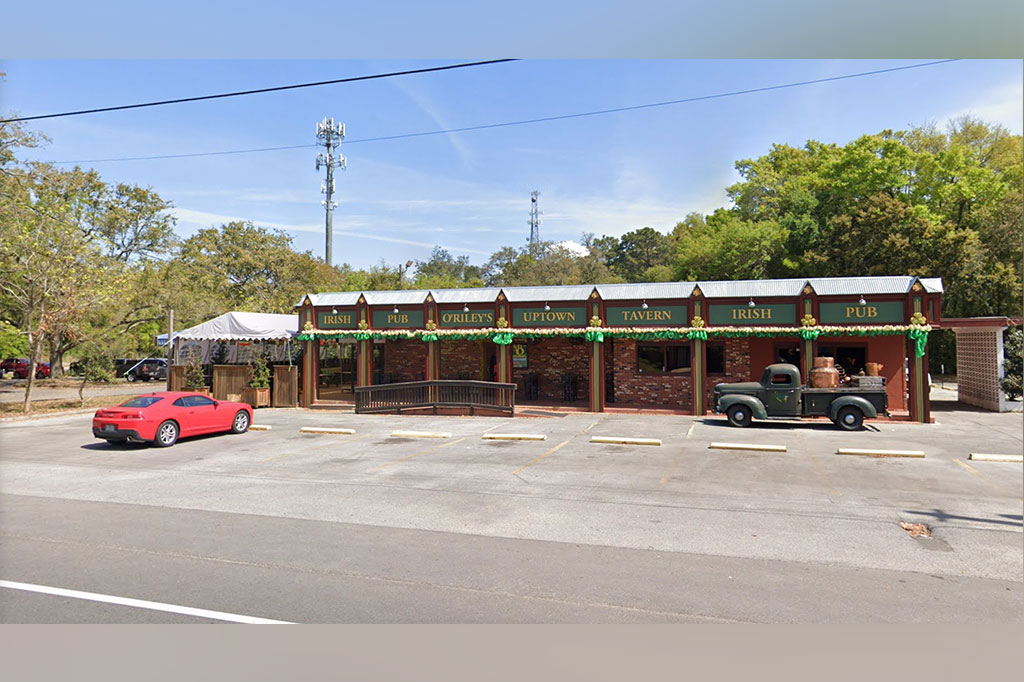 A man showing off his new gun to patrons in a Florida bar ended up shooting himself with the weapon instead, according to reports.

The unidentified knucklehead was inside O’Riley’s Uptown Tavern in Pensacola at 11 p.m. Thursday when he pulled out the gun to show it to a man and a woman at the bar, the Pensacola News Journal reported Friday.

The man then made a quick motion to put the gun into an imaginary holster under his shoulder when the gun went off and a bullet struck his torso, the outlet reported.

“I don’t know if he was pretending to be a badass or something,” bar manager Warren Sonnen told the News Journal. “But from what I can tell it was completely by accident.”

Cops on routine patrol were flagged down outside the bar after the shooting.

However, the wounded man left the bar and checked himself into a local hospital before cops got to the scene, the newspaper said.

Police said Friday they were still trying to determine if charges would be filed.

The man’s condition was not immediately known.