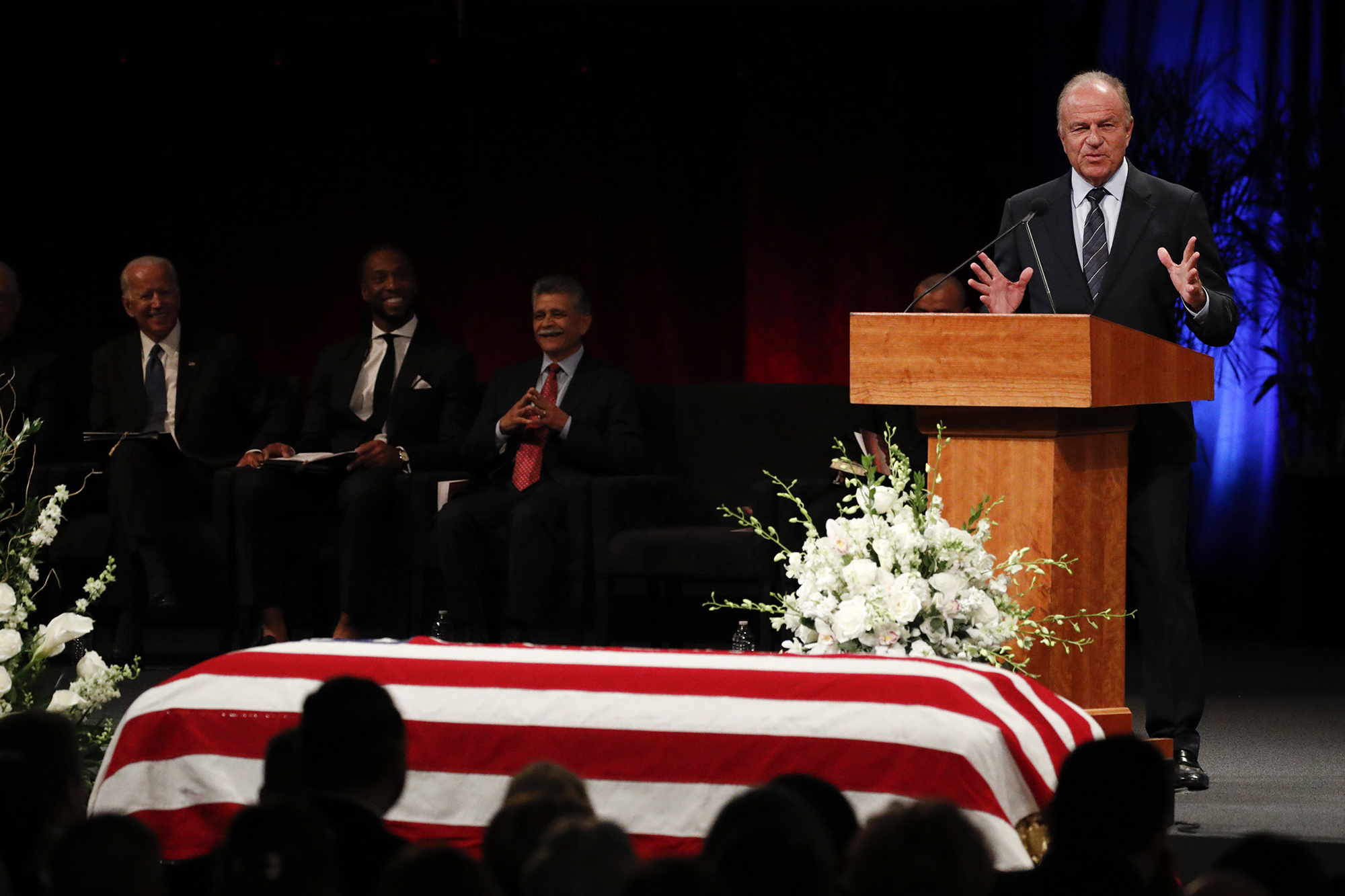 PHOENIX — Former Arizona Attorney General Grant Woods, a longtime Republican loyalist who changed his registration to Democratic in 2018 because of his frustration at the party’s direction and then-President Donald Trump, died Saturday.

His unexpected death at age 67 was announced by his wife, Marlene Galan Woods, though a public relations firm. A cause was not announced.

“Grant was the love of my life. My best friend. My heart is broken,” his wife said in a statement. “I just cannot believe he is gone.”

Woods was a longtime fixture of Republican politics in the state and was a top aide to the late Sen. John McCain when he was a congressman, serving as his first chief of staff in the 1980s. He delivered a eulogy alongside now-President Joe Biden at McCain’s memorial service in Phoenix.

“Grant Woods was one of my best friends,” McCain’s widow, Cindy McCain, tweeted. “My only comfort is knowing (he) is laughing and joking with John now and watching over all of us. We will miss you so much Grant. God Bless.”

Woods served as attorney general from 1991-1999, helping lead negotiations on a massive nationwide settlement with tobacco companies that continues to help fund the state’s Medicaid program. The state has received more than $1 billion since the 1998 settlement agreement.