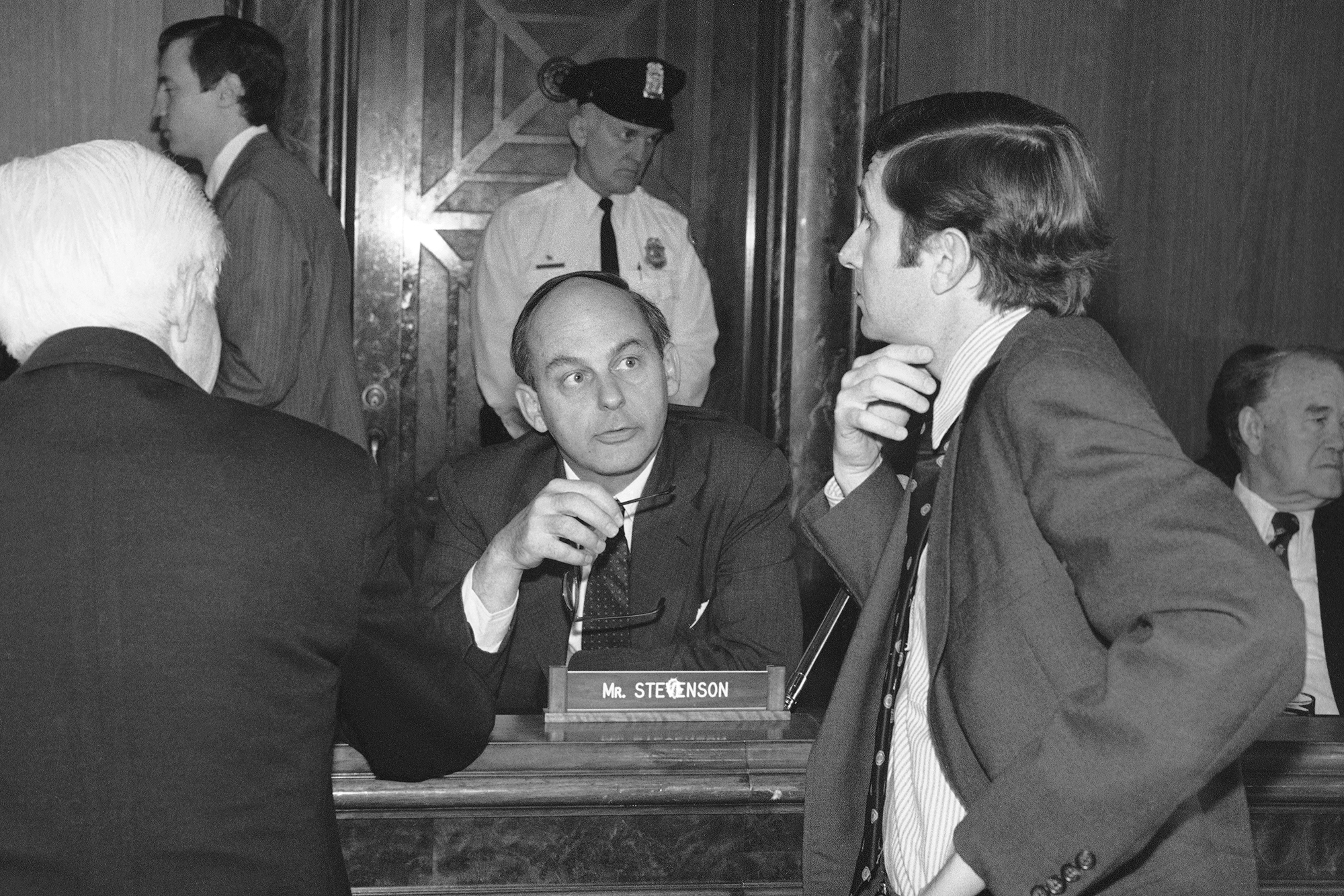 His son confirmed his death to The Chicago Sun-Times and said dementia was the cause of death.

“He just faded away,” Adlai Stevenson IV told the newspaper.

Stevenson, a member of a dynastic family in Illinois politics, spent 11 years in the Senate and unsuccessfully ran for governor of his home state twice.