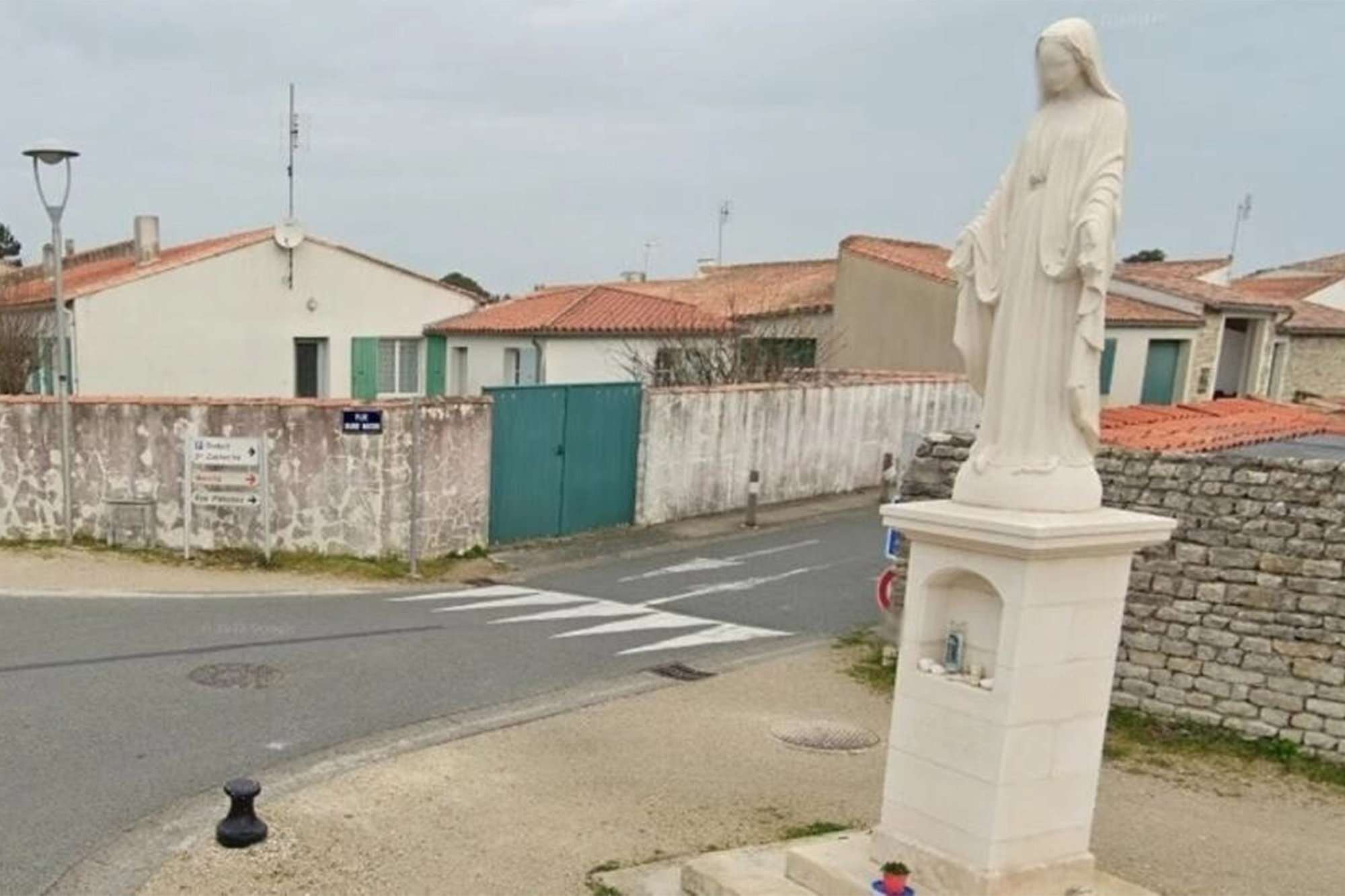 A small French town will be forced to remove a statue of the Virgin Mary after a regional court ruled that it violates a century-old law that forbids religious monuments in public spaces.

A court in Poiters and a regional court in Bordeaux ordered the town of La Flotte to take down the statue after a legal complaint was filed by La Libre Pensee 17, a group dedicated to the seperation of church and state.

The statue sits on a pedestal at the a crossroads in La Flotte, a town of about 2,800 residentsis on the island Ile-de-Re, in the Atlantic off France’s southwestern coast.

The monument was erected by a local family celebrating the safe return of a father and son following World War II, Radio France Internationale reported. The statue initially stood in a private garden before the family donated it to the town in 1983.

Mayor Jean-Paul Heraudeau said the discussion around the statue is “ridiculous” because it is “more of a memorial than a religious statue” and it is part of the town’s “historical heritage.”

However, the court ruled that “the Virgin Mary is an important figure in Christian religion,” which gives it “an inherently religious character,” although the court acknowledged that the town had not intended to express religious preferences by showcasing the statue.

La Flotte has six months to remove the statue following the ruling.