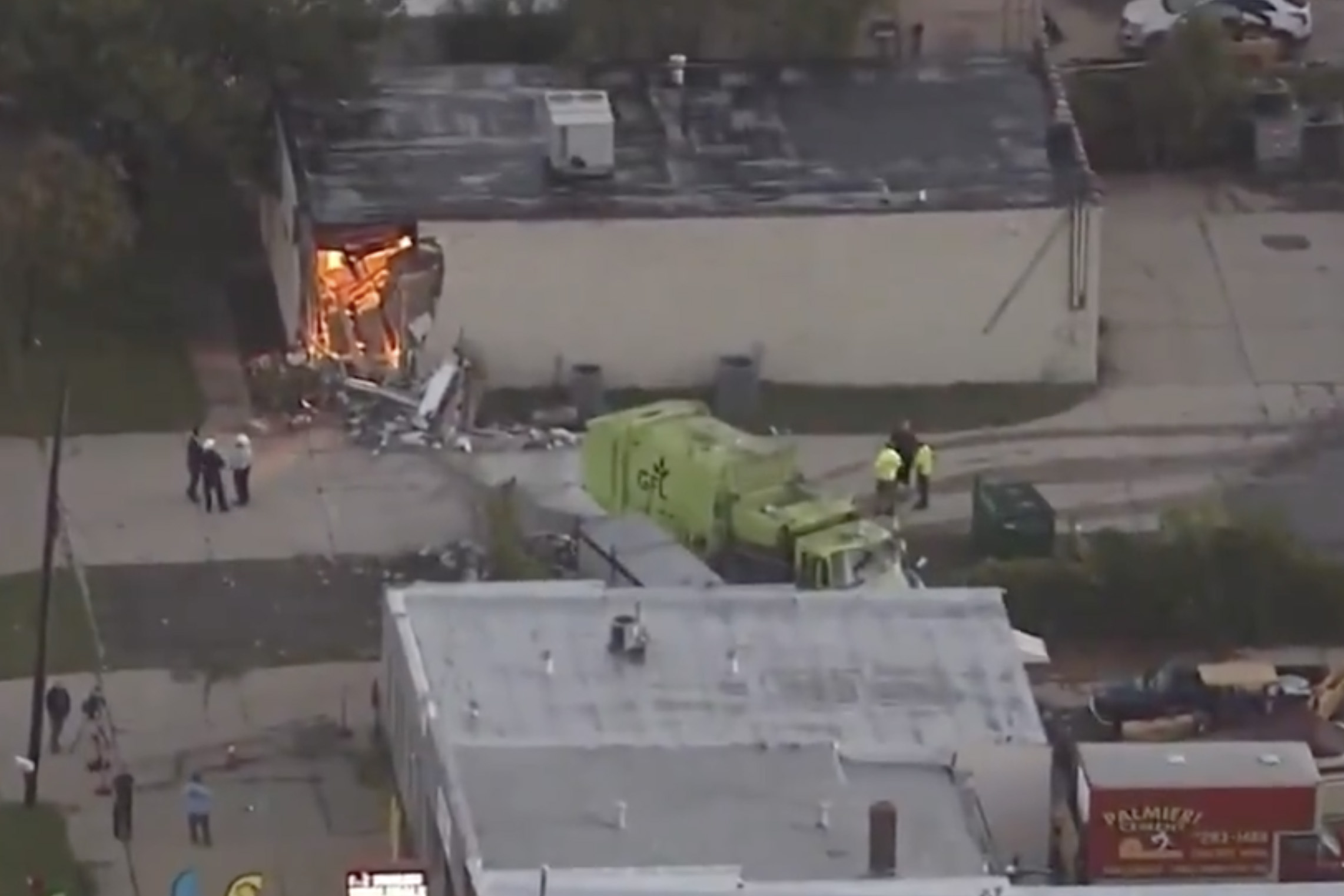 An illegal marijuana grow operation in a Michigan building was exposed Wednesday morning when a garbage truck plowed into the site, a report said.

The out-of-control garbage truck smashed into the building in Sterling Heights after swerving to avoid a car that ran a red light, WXYZ reported.

The impact took out a corner of the building, exposing the illicit operation with about 60 marijuana plants, the report said.

The neighboring business owner, Mike Palmieri, told the news outlet he always suspected something was amiss nextdoor because it “smelled like fresh skunk all morning long.”

“We knew something was up next door, but we were neighbors that kept to ourselves,” said Palmieri.

“But when the whoppers were not cooking, you could smell them,” he said.

Two people were renting the building that housed the operation. It wasn’t immediately clear if they had been arrested or if they would face charges.