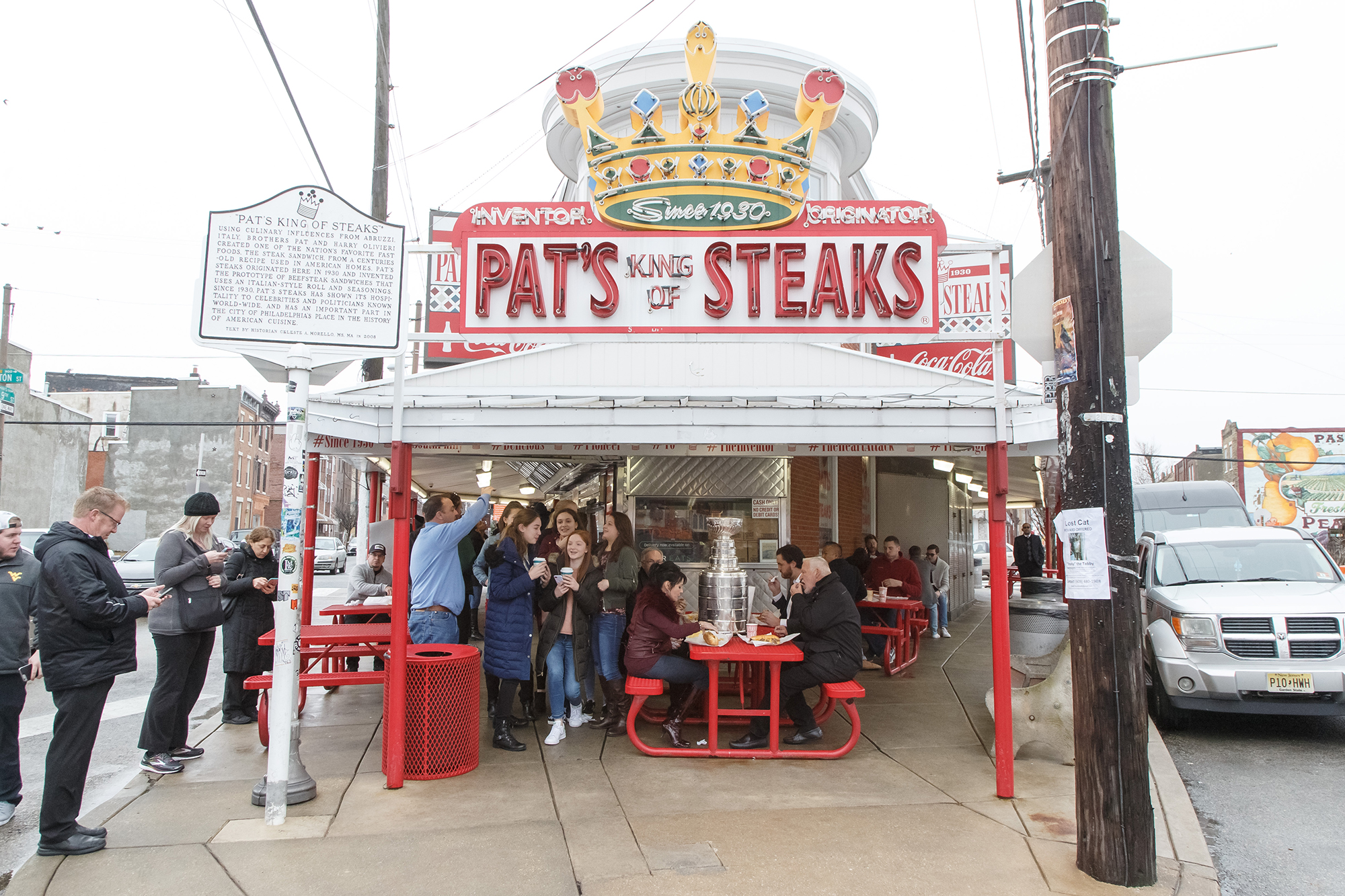 Police are searching for a violent group of soccer hooligans who beat a man to death with a garbage can lid after an argument outside of South Philly’s famous Pat’s King of Steaks early Thursday morning, Philadelphia police said.

A fight broke out around 2 a.m., between two groups, in one of which at least seven had yellow soccer jerseys like those worn by the Mexico City’s Club America team that had defeated the Philadelphia Union just hours earlier in an international match, police said.

“That’s the info we’re getting preliminarily, that these individuals were soccer fans and that’s what may have been the motive of this fight that turned into a homicide,” Chief Inspector Scott Small told ABC 6.

Sources told the outlet that at one point in the rumble, someone struck the victim with the garbage can lid.

When he was wrestled to the ground, the assailants began punching and kicking him. He died of his injuries, police said.

The suspects fled in a white SUV. Police said they have security camera footage of the attackers and the incident.

Police believe alcohol may have been a factor in the deadly attack outside of the Philadelphia food attraction.

“Sometimes when alcohol is involved there are fights… Normally, these are well-run businesses that are quiet, safe. People just come here for a good steak sandwich. However, once in a while you get a fight that escalates into violence,” Small told ABC 6. In July, an argument between a New York Giants fan and a Philadelphia Eagles fan in line at the cheesesteak joint left one man dead after shots were fired.