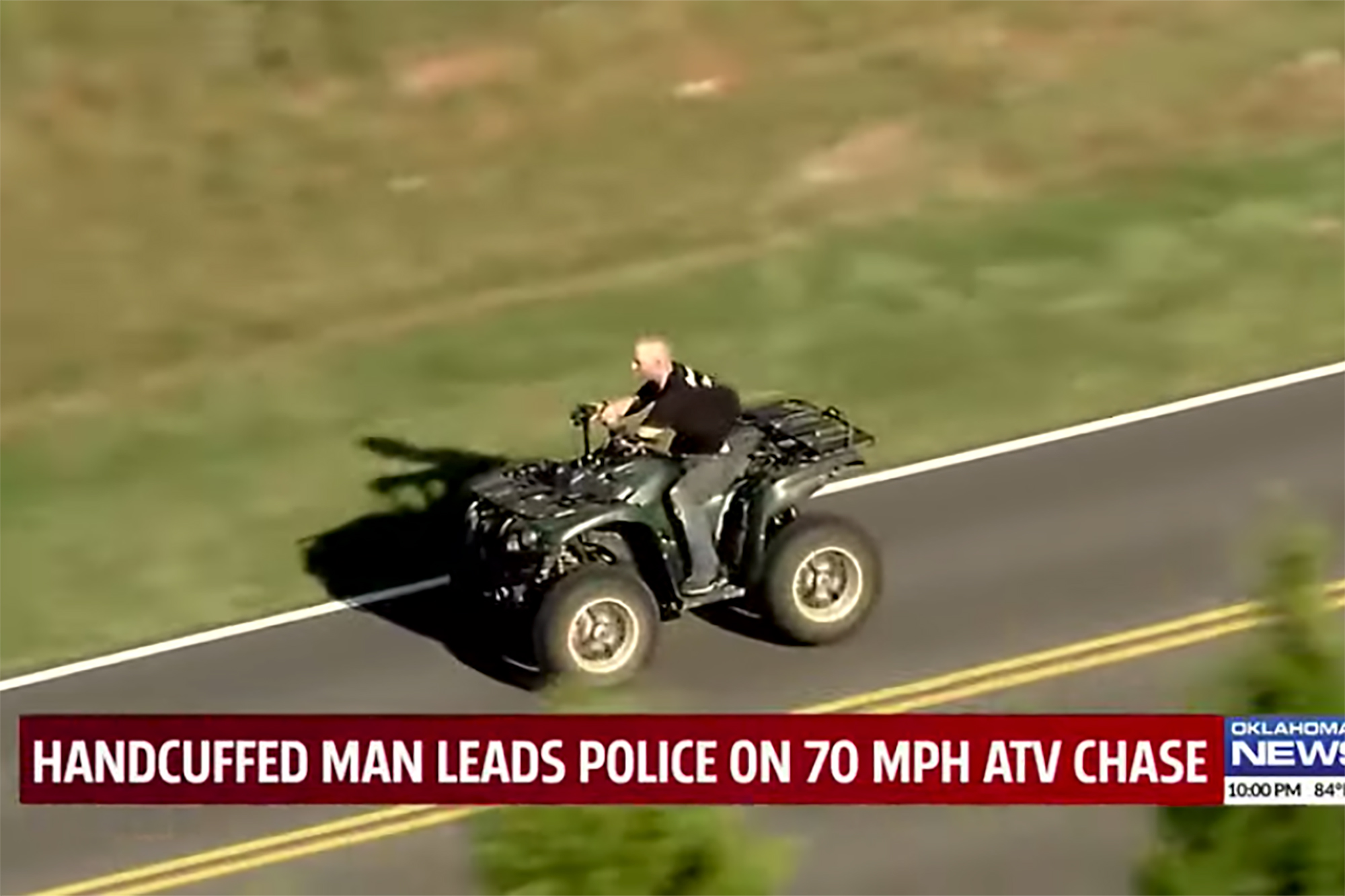 He needed a hand.

A man in handcuffs bolted from cops in Oklahoma, hopped on a stolen ATV and led them on a high-speed chase — before wiping out face-down in a mud pit, according to wild video footage.

Police were placing Lucas Strider under arrest in Edmond on Tuesday when he allegedly swiped the four-wheeler from a neighbor and sped down a highway at up to 70 mph, WFLA reported.

The owner of the ATV tried to catch the speed demon but lost his trail as he zoomed through wooded areas, train tracks and parking lots, according to the local station, which posted helicopter footage of the gutsy getaway.

A police officer eventually intercepted Strider’s path on a dirt road and used his pickup truck to block the fleeing fugitive.

Stride veered off the road and into a puddle of muddy water as the four-wheeler overturned, the footage shows.

“Get on the ground! Stick your hands straight out in front of you,” cops can be heard saying on body camera footage, according to FOX News.

The soaked suspect, who was initially busted on suspicion of stealing copper wire, was then arrested, according to police.