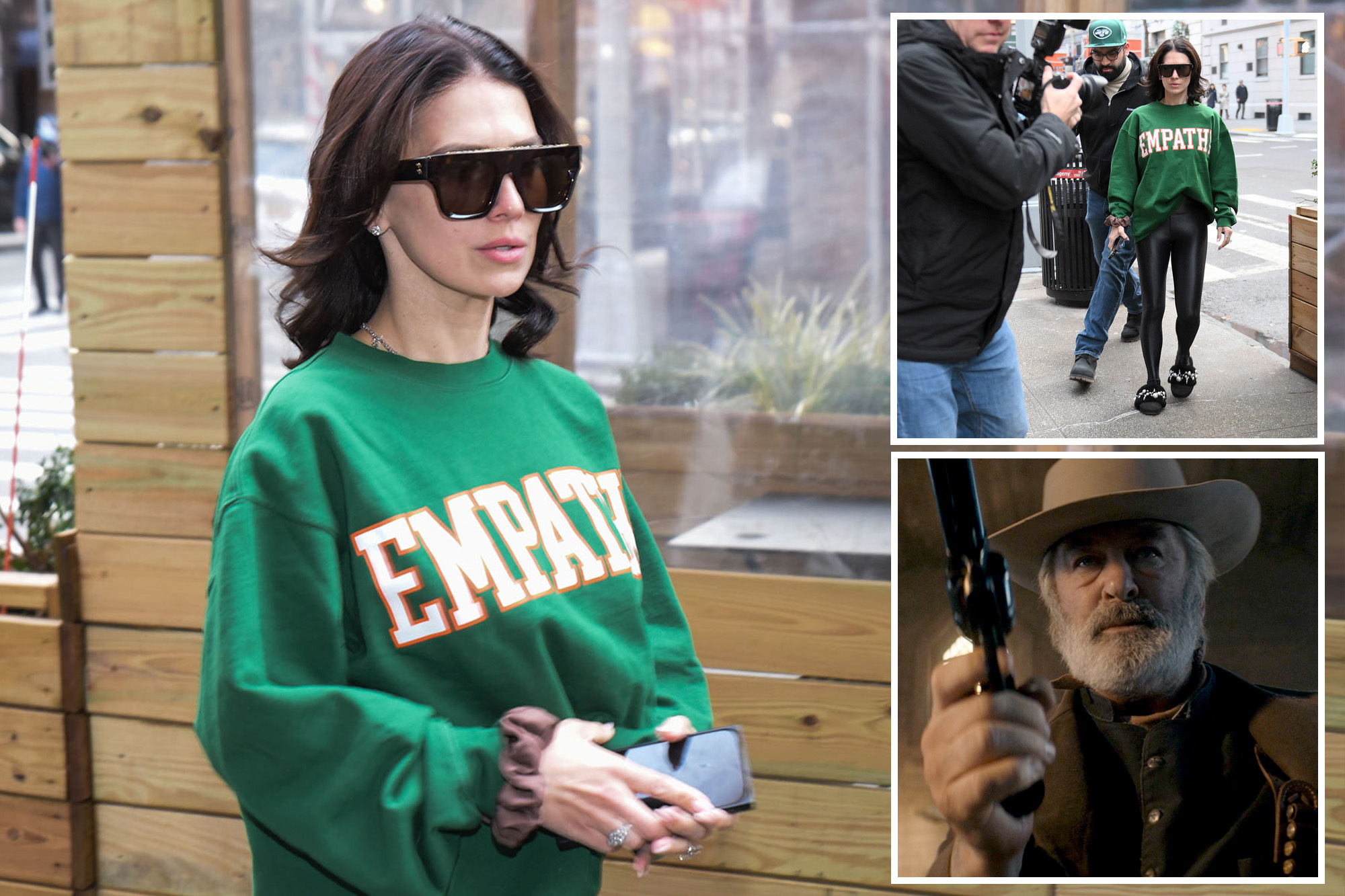 It was a Baldwin and switch.

Hilaria Baldwin appeared ready to speak Friday morning on the charges her husband, Alec Baldwin, faces for his part in the fatal “Rust” shooting — but instead, slyly lured reporters away from their home so the embattled star could slip away.

Hilaria emerged from their Greenwich Village home with their newborn and told the crowd of reporters outside that she had a statement, and to gather around her because she was “only going to say this once.”

As she spoke, Alec made a quick escape. The actor slipped out of a side door and into a van that had been idling for him on their street — which had conveniently been blocked off by barricades for all other vehicle traffic.

“I’m only gonna say it once. I’m going to tell you what I want to say. I want you guys to realize we have seven kids,” Hilaria began.

“You being here [when I have to] escort them to school and when they come home — is not good. On a human level, you guys know I’m not going to say anything to you. You know that. So please leave my family in peace. And let this all play out. OK?”

The mother of seven — who frequently shares updates about her children and family on social media — tried to guilt the public for their interest in the charges against her husband.

“So let my kids come home and you stay away from them,” she said. “Because they ask me, ‘Mommy, what are these people doing?’ And it’s a very hard thing as a mom, to try and explain. So please, go home.”

After wrapping up her bait-and-switch statement, the yoga instructor — who has faced scrutiny for allegedly faking her Spanish accent and heritage — could be seen going back inside and high-fiving the doorman with a massive grin across her face.

New Mexico prosecutors announced the involuntary manslaughter charge against the 64-year-old actor on Thursday for his part in the shooting that left cinematographer Halyna Hutchins dead.

The same charge was brought against the movie’s armorer, Hannah Gutierrez-Reed, after a real bullet was fired from a prop gun by Alec on the set of the movie in October of 2021.

Assistant director David Halls, who gave the loaded gun to the actor, accepted a misdemeanor charge in a plea deal.

“If any one of these three people — Alec Baldwin, Hannah Gutierrez-Reed, or David Halls — had done their job, Halyna Hutchins would be alive today. It’s that simple,” special prosecutor Andrea Reeb said.

If convicted, the disgraced actor could spend five years behind bars — but has vowed he will fight the charges.