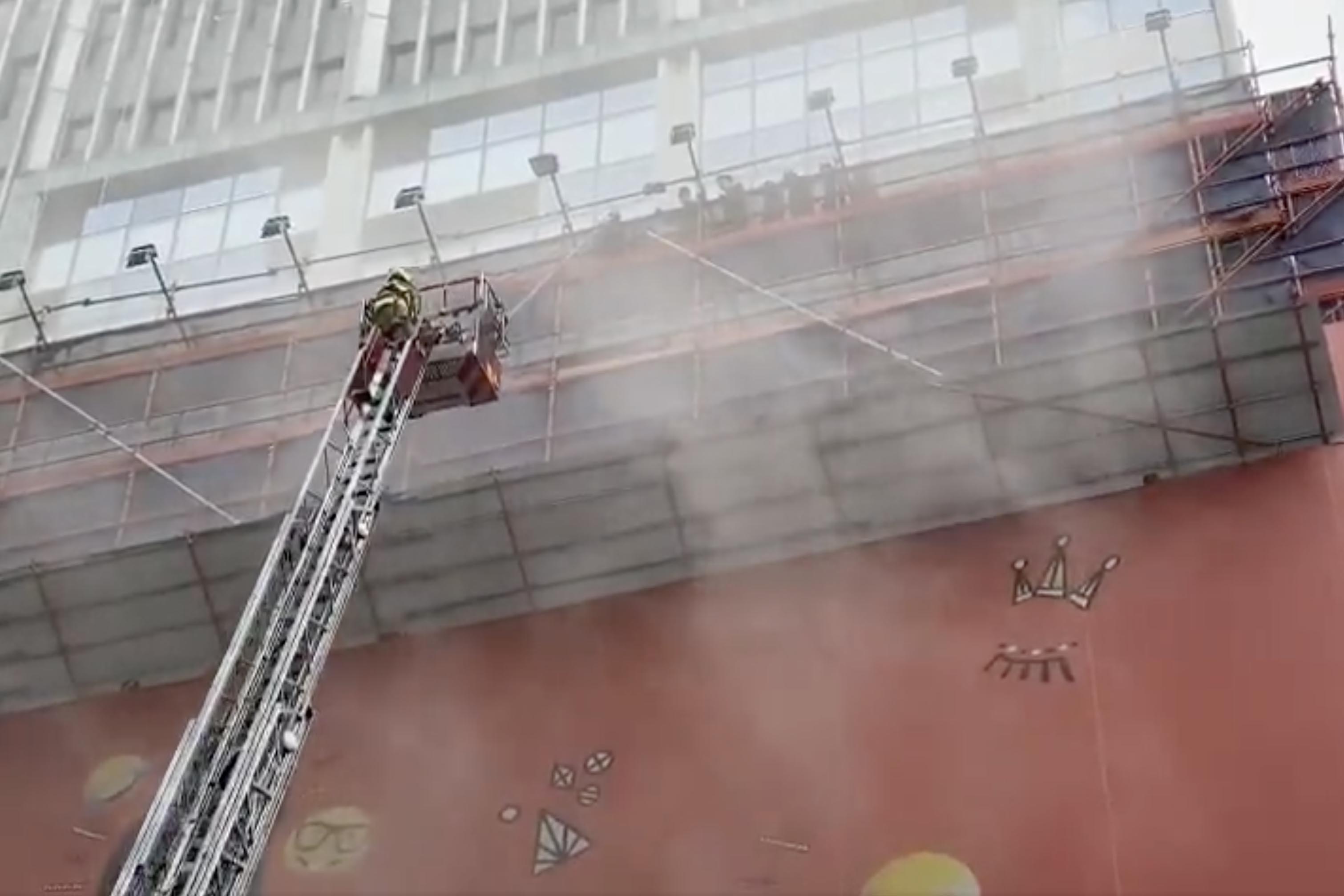 HONG KONG — Dozens of people are trapped on the rooftop of a Hong Kong skyscraper after a major fire broke out Wednesday, as firefighters rushed to rescue them and put out the blaze.

The fire started in the early afternoon at the World Trade Centre on Gloucester Road in the city’s popular Causeway Bay shopping district, according to a government notice. The 38-story building houses both offices and a mall.

At least one person was injured in the fire and sent to a hospital.

Firefighters used an extendable ladder to rescue several people who were trapped on the lower floors of the building.

Other people were said to be trapped in restaurants in the mall, according to the local South China Morning Post newspaper.

The fire was upgraded to a level three incident, according to a police notice. Fires are graded on a scale of one to five, with five being the most severe.