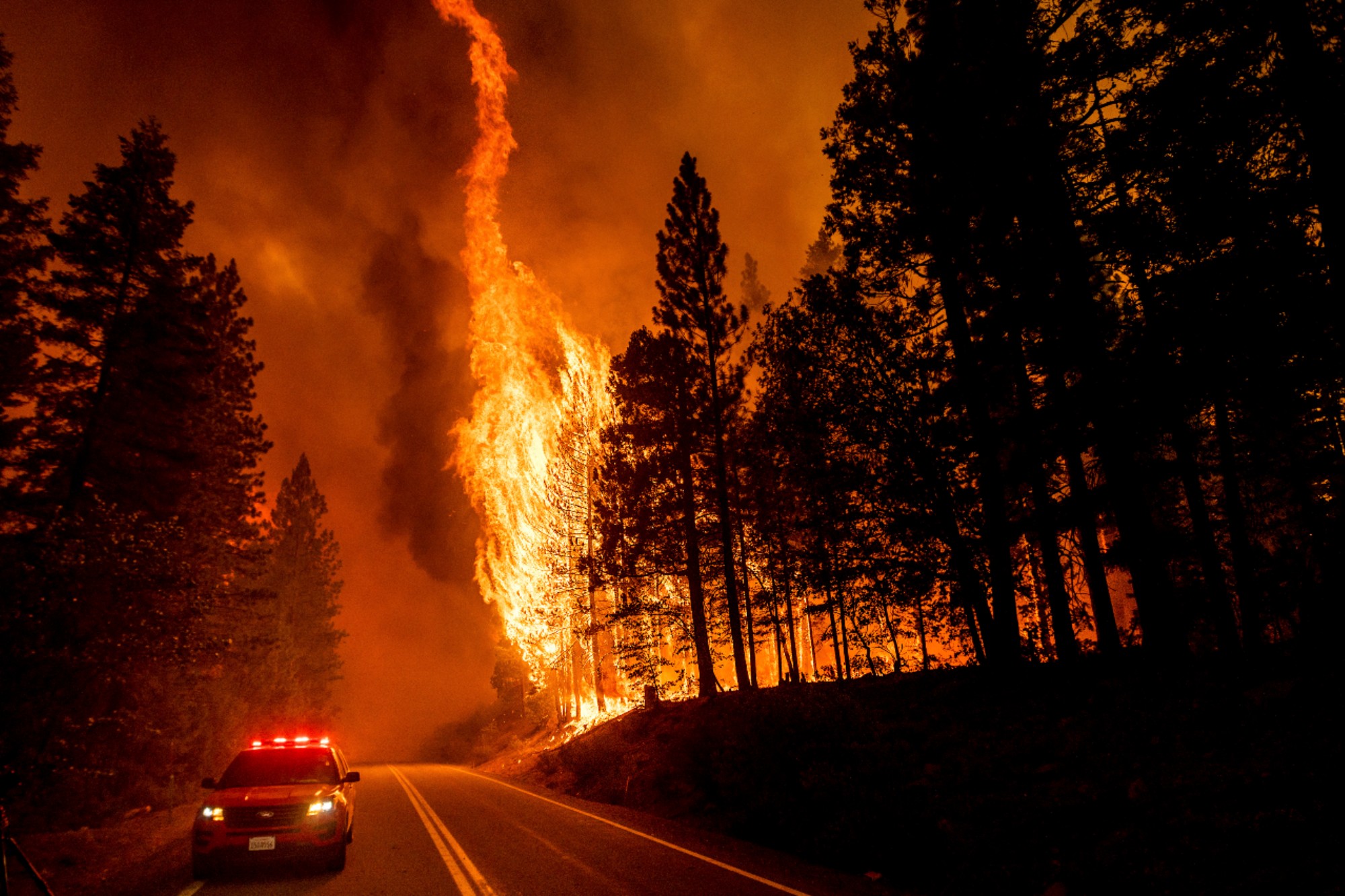 GREENVILLE, Calif. — California’s largest wildfire exploded again after burning for nearly three weeks in remote mountains and officials warned Tuesday that hot, dry weather would increase the risk of new fires across much of the state.

Firefighters saved homes Monday in the small northern California community of Greenville near the Plumas National Forest as strong winds stoked the Dixie Fire, which grew to over 395 square miles across Plumas and Butte counties.

“Engines, crews and heavy equipment shifted from other areas to increase structure protection and direct line construction as the fire moved toward Greenville,” the state Department of Forestry and Fire Protection, known as Cal Fire, said Tuesday morning.

Evacuations were ordered for the community of about 1,000 people as well as for the east shore of nearby Lake Almanor, a popular resort area. About 3,000 homes were threatened by the blaze that has destroyed 67 houses and other buildings since breaking out July 14. It was 35 percent contained.

Crews contended with dry, hot and windy conditions “and the forecast calls for the return of active fire behavior,” Cal Fire said.

Similar weather was expected across Southern California, where heat advisories and warnings were issued for interior valleys, mountains and deserts for much of the week.

Heat waves and historic drought tied to climate change have made wildfires harder to fight in the American West. Scientists say climate change has made the region much warmer and drier in the past 30 years and will continue to make weather more extreme and wildfires more frequent and destructive.

Dry conditions and powerful winds made for dangerous fire conditions again on Tuesday in Hawaii.

Firefighters gained control over the 62-square-mile (160-square-kilometer) Nation Fire that forced thousands of people to evacuate over the weekend and destroyed at least two homes on the Big Island.

Firefighters and aircraft attacked the new fires before they could spread out of control. No homes were immediately threatened.

Oregon’s Bootleg Fire, the nation’s largest at 647 square miles (1,676 square kilometers), was 84 percent contained and is not expected to be fully under control until Oct. 1.