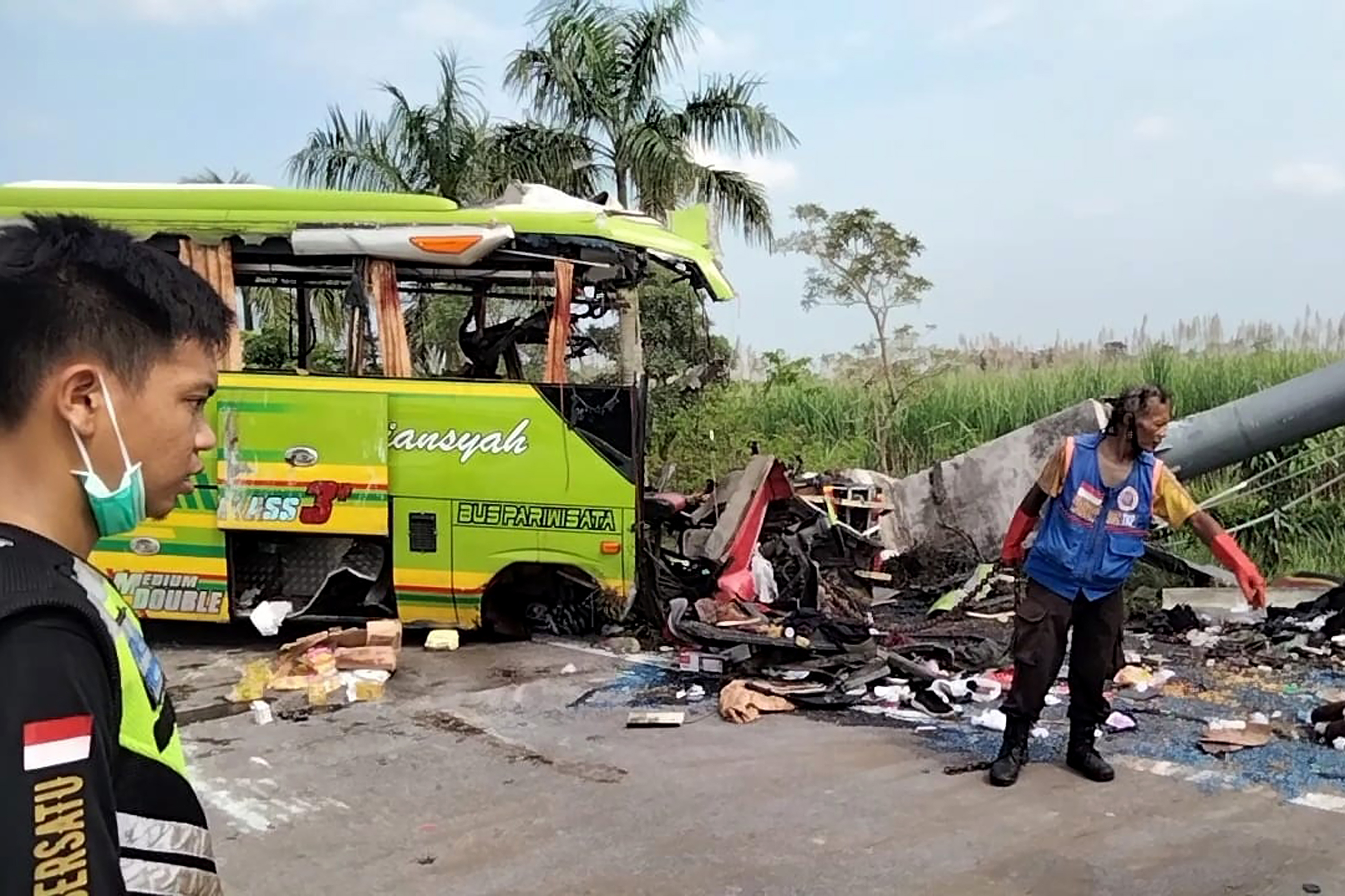 SURABAYA, Indonesia — A tourist bus with an apparently drowsy driver slammed into a billboard Monday on a highway on Indonesia’s main island of Java, killing at least 14 people and injuring 19 others, police said.

The bus, carrying Indonesian tourists from Surabaya, the capital of East Java province, was returning from a trip to Central Java’s Dieng Plateau, a popular mountain resort, when it hit the billboard on the Mojokerto toll road just after dawn, East Java traffic police chief Latief Usman said.

Usman said police are still investigating the cause of the accident, but that the driver reportedly appeared drowsy before the crash.

He said police haven’t yet questioned the driver, who suffered severe injuries. Nineteen people were being treated in four hospitals in Mojokerto, mostly for broken bones.

Road accidents are common in Indonesia because of poor safety standards and infrastructure.