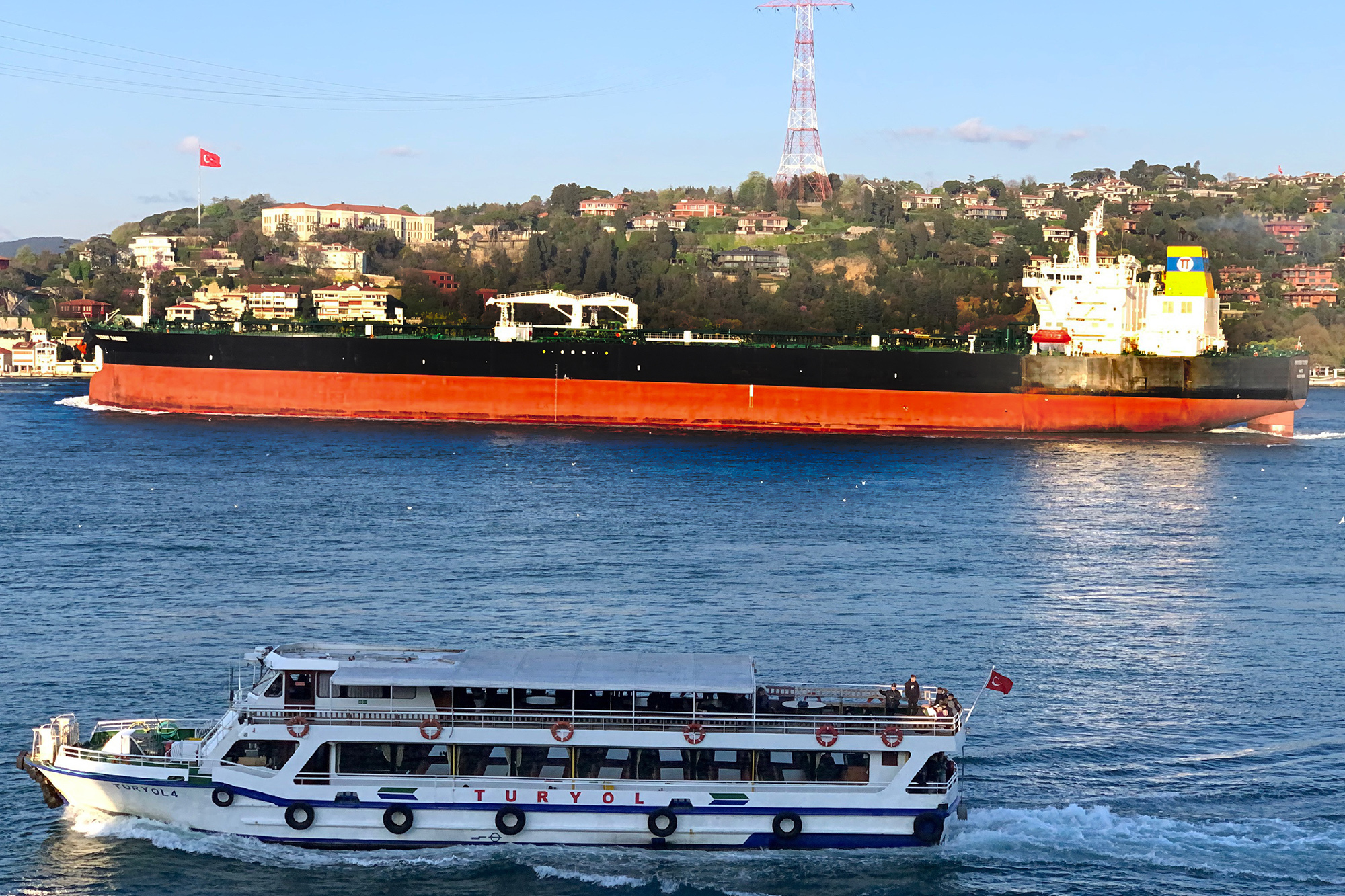 DUBAI, United Arab Emirates — Iran’s paramilitary Revolutionary Guard seized two Greek oil tankers Friday in helicopter-launched raids in the Persian Gulf, officials said. The action appeared to be retaliation for Athens’ assistance in the US seizure of crude oil from an Iranian-flagged tanker this week in the Mediterranean Sea over violating Washington’s crushing sanctions on the Islamic Republic.

The raid marks the first major incident at sea in months as tensions remain high between Iran and the West over its tattered nuclear deal with world powers. As Tehran enriches more uranium, closer to weapons-grade levels than ever before, worries mount that negotiators won’t find a way back to the accord — raising the risk of a wider war.

The Guard issued a statement announcing the seizures, accusing the tankers of unspecified violations. Nour News, a website close to Iran’s Supreme National Security Council, just a short time earlier warned that Tehran planned to take “punitive action” over Greece assisting the US in seizing oil days earlier from the Iranian-flagged tanker Lana.

Greece’s Foreign Ministry said it made a strong demarche to the Iranian ambassador in Athens over the “violent taking over of two Greek-flagged ships” in the Persian Gulf. “These acts effectively amount to acts of piracy,” a ministry statement said.

The ministry called for the immediate release of the vessels and their crews, warning the seizure would have “particularly negative consequences” in bilateral relations and in Iran’s relations with the European Union, of which Greece is a member.

An Iranian helicopter landed on the Greek-flagged Delta Poseidon in international waters, some 22 nautical miles off the coast of Iran, the ministry said.

“Armed men then took the crew captive,” it said, adding that two Greek nationals were among the crew.

“A similar incident has been reported on another Greek-flagged vessel, that was carrying seven Greek citizens, close to the coast of Iran,” the ministry said.

A Greek official, speaking on condition of anonymity to discuss details of the attack with a journalist, identified the second ship as the Prudent Warrior. Its manager, Polembros Shipping in Greece, earlier said the company was “cooperating with the authorities and making every possible effort to address the situation effectively.”

Greek officials did not identify the nationalities of the other crew onboard the vessels.

Both vessels had come from Iraq’s Basra oil terminal, loaded with crude, according to tracking data from MarineTraffic.com.

A US defense official, speaking on condition of anonymity to discuss intelligence matters, said it appeared the two ships had come close to — but not into — Iranian territorial waters Friday. After the hijacking, they drifted into Iranian waters. The ships also had turned off their tracking devices, another red flag, the official said. However, neither had issued a mayday or a call for help, the official said.

Iran’s seizure on Friday was the latest in a string of hijackings and explosions to roil a region that includes the Strait of Hormuz, the narrow mouth of the Persian Gulf through which a fifth of all traded oil passes. The incidents began after then-President Donald Trump unilaterally withdrew the U.S. from Iran’s nuclear deal with world powers, which saw Tehran drastically limit its enrichment of uranium in exchange for the lifting of economic sanctions.

The US Navy blamed Iran for a series of limpet mine attacks on vessels that damaged tankers in 2019, as well as for a fatal drone attack on an Israeli-linked oil tanker that killed two European crew members in 2021.

Iranian hijackers also stormed and briefly captured a Panama-flagged asphalt tanker off the United Arab Emirates last year, as well as briefly seizing and holding a Vietnamese tanker in November.

Tehran denies carrying out the attacks, but a wider shadow war between Iran and the West has played out in the region’s volatile waters. Tanker seizures have been a part of it since 2019, when Iran seized the British-flagged Stena Impero after the United Kingdom detained an Iranian oil tanker off Gibraltar. Iran released the tanker months later as London also released the Iranian vessel.

Iran last year also seized and held a South Korean-flagged tanker for months amid a dispute over billions of dollars of frozen assets Seoul holds.

“This incident is assessed to be a retaliatory action in line with a history of Iranian forces detaining vessels in a tit-for-tat manner,” maritime intelligence firm Dryad Global warned. “As a result, Greek-flagged vessels operating within the vicinity of Iran in the Persian Gulf and Gulf of Oman are currently assessed to be at a heightened risk of interception and it is advised to avoid this area until further notice.”

Underlining that threat, Iran’s semiofficial Tasnim news agency warned in a tweet: “There are still 17 other Greek ships in the Persian Gulf that could be seized.”

Meanwhile, the Guard is building a massive new support ship near the Strait of Hormuz as it tries to expand its naval presence in waters vital to international energy supplies and beyond, according to satellite photos obtained by The Associated Press.

Talks in Vienna over Iran’s tattered nuclear deal have been stalled since April. Since the deal’s collapse, Iran runs advanced centrifuges and has a rapidly growing stockpile of enriched uranium. Nonproliferation experts warn Iran has enriched enough up to 60% purity — a short technical step from weapons-grade levels of 90% — to make one nuclear weapon if it choose.

Iran insists its program is for peaceful purposes, though United Nations experts and Western intelligence agencies say Iran had an organized military nuclear program through 2003.

Building a nuclear bomb would still take Iran more time if it pursued a weapon, analysts say, though they warn Tehran’s advances make the program more dangerous. Israel has threatened in the past it will carry out a preemptive strike to stop Iran — and already is suspected in a series of recent killings targeting Iranian officials.