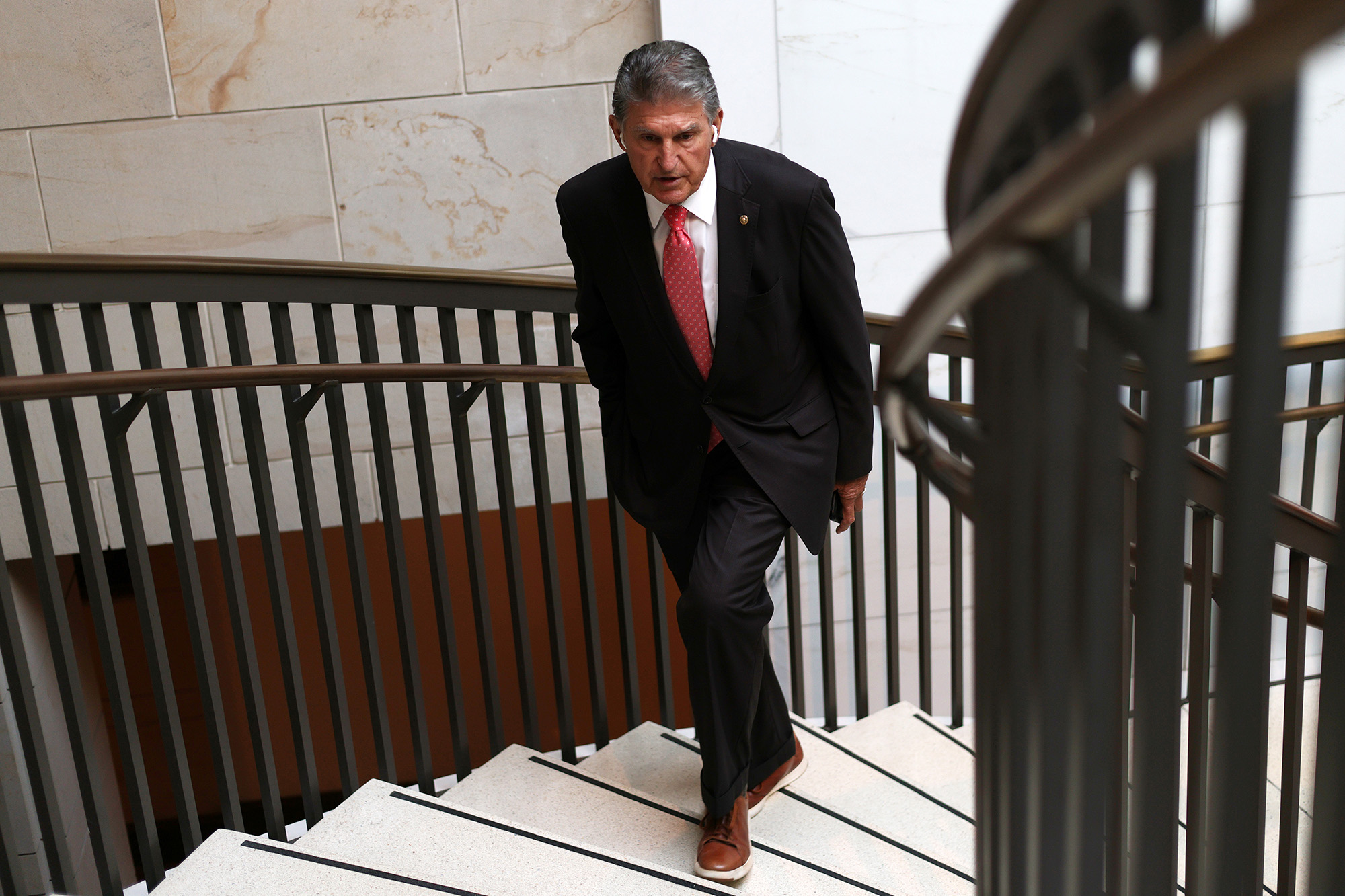 Sen. Joe Manchin on Wednesday angrily shouted at reporters to go away — telling one, “You are bulls–t!” and “I’m done!” after he was peppered with questions about his reluctance to support President Biden’s mammoth social spending bill.

“I’m not negotiating with any of you, OK?” the West Virginia Democrat said as reporters followed him around Capitol Hill.

Manchin added, raising his voice: “You guys, let me go. This is bullshit. You are bulls–t! OK? I’m done! I’m done! God Almighty.”

The centrist senator appeared to be swiping at journalist Arthur Delaney of the Huffington Post when he said “you are bulls–t” because he pressed the senator on reports that he doesn’t support continuing the monthly child tax credit payments.

Senate Majority Leader Chuck Schumer (D-NY) is considering punting plans to pass the sprawling package this month due to Manchin’s qualms, according to NBC News, even though President Biden said Wednesday he still wants the bill passed in time for the holidays.

“I hope so. It’s going to be close,” Biden said when asked if he thinks the bill can pass before January.

But a Democratic source familiar with talks involving Manchin told The Post that Biden and the senator are “miles apart” as Schumer considers pushing for a vote on federal election reform legislation instead, then returning to the spending bill next year.

“The talks between [Biden] and Manchin have been going very poorly,” the source said. ‘They are far apart. For example, Manchin has proposed to the president eliminating the [child tax credit] expansion from the bill altogether.”

Biden and Manchin spoke on Monday and again Tuesday. White House Deputy Press Secretary Karine Jean-Pierre insisted Wednesday that “the president has had two great conversations with [Manchin} this week that have been productive.”

Manchin has for months endured the ire of Democrats pushing him to get aboard with Biden’s roughly $2 trillion bill. He’s held out, saying that he’s concerned the bill would further worsen inflation, which hit a 39-year high last month.

A late sticking point is Manchin’s stance on child tax credits. He previously proposed means-testing the benefit so that it would be enjoyed by fewer middle-class families.

Before lashing out at reporters, Biden denied that he opposes the enhanced tax credit altogether.

“Is it true you want the child tax credit out?” a journalist asked Manchin.

Manchin replied, “No, no, I’ve always been for child tax credits. We voted for it many times.”

The House passed the package last month with a $2.2 trillion price tag, but if it passes the Senate it’s expected to shrink in size due to resistance from Manchin and fellow centrist Sen. Kyrsten Sinema (D-Ariz.).

The Congressional Budget Office last week said the Build Back Better Act actually would cost about $4.5 trillion — and add $3 trillion to the federal deficit — if its programs are extended over 10 years, or the same period as proposed revenue streams to fund the package.

Democrats can pass the bill without any Republican support using special budget reconciliation rules, but cannot lose a single vote in the evenly divided Senate.

The House-passed version includes $555 billion for environmental programs, $400 billion to fund universal preschool and cap child care costs at 7 percent of income for most families and $200 billion to extend the enhanced child tax credit for families that earn up to $150,000 — from $2,000 to $3,000 per child, or $3,600 for those under six.

The plan also includes $150 billion for home health care for the elderly and people with disabilities through Medicaid, $150 billion for housing including 1 million new “affordable” rental units, $130 billion in new Obamacare subsidies, $90 billion in racial and gender “equity” initiatives, $40 billion for higher education grants and $35 billion to expand Medicare to include the cost of hearing aids.

The bill would increase from $10,000 to $80,000 the “SALT cap” on state and local taxes that can be deducted from federal taxes — costing an estimated $300 billion in lost federal revenue. Another $206 billion would cover four weeks of paid private-sector family leave.

Woman had to use savings account after Nespresso makes unauthorized charge