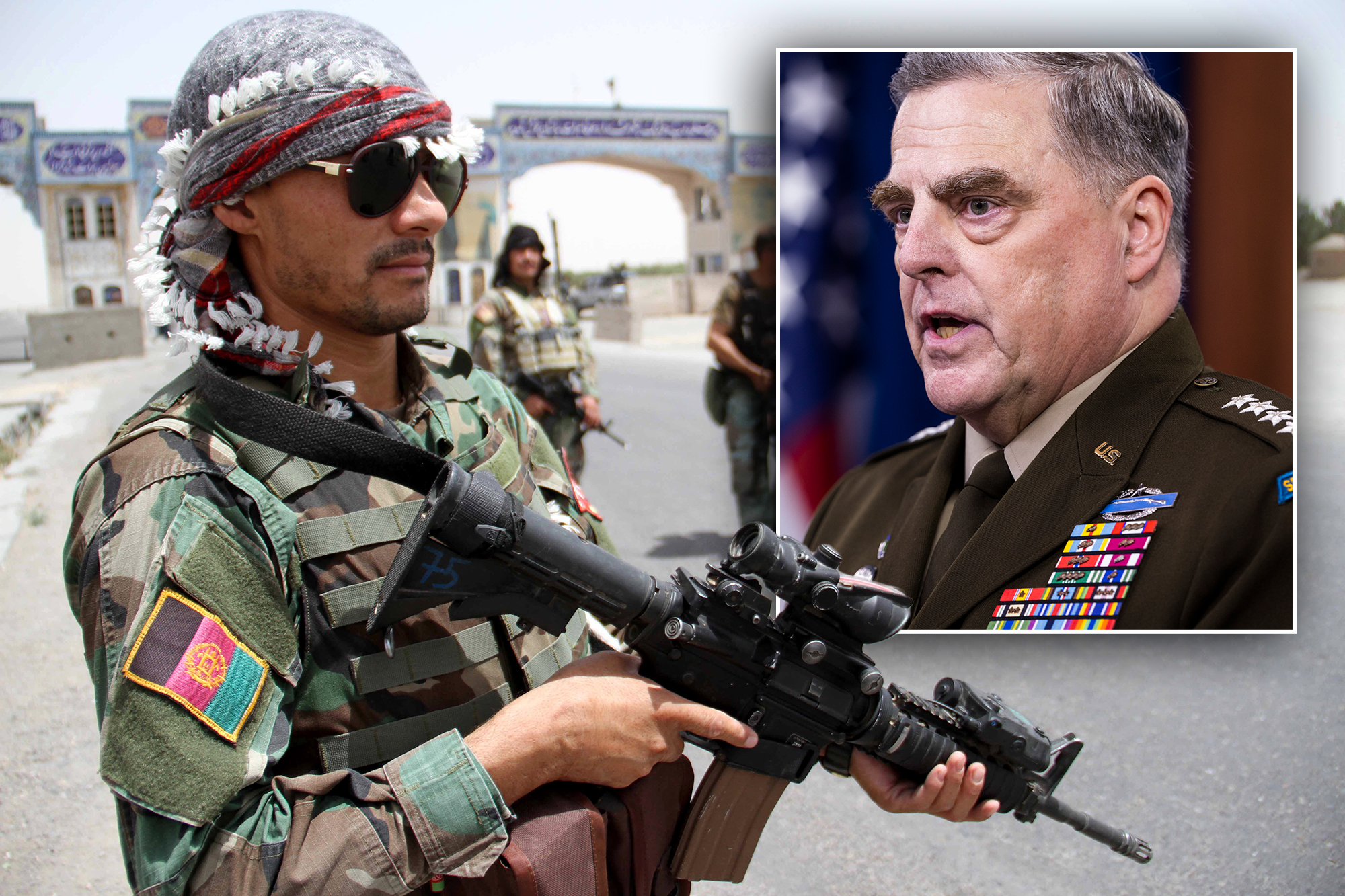 Gen. Mark Milley, chairman of the Joint Chiefs of Staff, said he doesn’t believe the “endgame is yet written” in Afghanistan as US troops near the withdrawal deadline and called on Afghan forces to exert their “will” to keep militant Taliban fighters from taking over the country.

Speaking about the pace of the US military drawdown with Defense Secretary Lloyd Austin at a news conference on Wednesday, Milley said the remaining weeks before the Aug. 31 deadline for the US military pullout will tell the fate of the war-torn country.

Milley acknowledged that the Taliban had gained territory during the withdrawal process but said Afgan security forces are well equipped and have received substantial training from the US and its allies during the 20-year war.

But he said “warfare is not just about numbers.”

“The two most important combat multipliers actually is will — and leadership. And this is going to be a test now of the will and leadership of the Afghan people, the Afghan security forces, and the government of Afghanistan,” he said.

Milley said the Taliban control about half of the 419 district centers in Afghanistan, and they are fighting for the 34 provincial capitals but have not seized any.

The Taliban are trying to isolate the major population centers like Kabul and continue to eat up territory, but the Afghan forces are adjusting to their advance.

“Strategic momentum appears to be sort of with the Taliban. The Afghan security forces are consolidating their forces. So part of this is they’re giving up district centers in order to consolidate the forces because they’re taking an approach to protect the population, and most of the population lives in the provincial capitals in the capital city of Kabul, so they are right now as we speak, adjusting forces to consolidate in the provincial capitals,” he said.

President Biden announced in April that the US would leave Afghanistan on Sept. 11, the 20th anniversary of the terror attacks, but accelerated that timetable last month.

He conceded that the Taliban are at their strongest militarily since the US invaded Afghanistan in October 2001, but believed the Afghan forces will prevail.

“The likelihood there’s going to be the Taliban overrunning everything and owning the whole country is highly unlikely,” he told reporters at the White House during the announcement.

The US went to war in Afghanistan to get rid of al Qaeda leader Osama bin Laden and to ensure that the Taliban never allow the terror group to use the country as a safe haven to plot attacks on the US and its allies.

Critics of the pullout predict that Afghanistan will fall to the Taliban after the US leaves and they will allow al Qaeda to set up shop again.

Austin said the US is watching “very closely.”

“Our major focus going forward is to make sure that violence, terrorism cannot be exported from from Afghanistan to our homeland. And so we’ll maintain the capability to be able to not only observe that, but also address that if it does emerge,” he said.

“Taliban early on committed to not providing a safe haven for al Qaeda. We expect for them to meet that commitment. If they want legitimacy going forward, I think that’s something that they will have to consider — and that’s one way to earn it. And so we’ll see what happens,” Austin said.