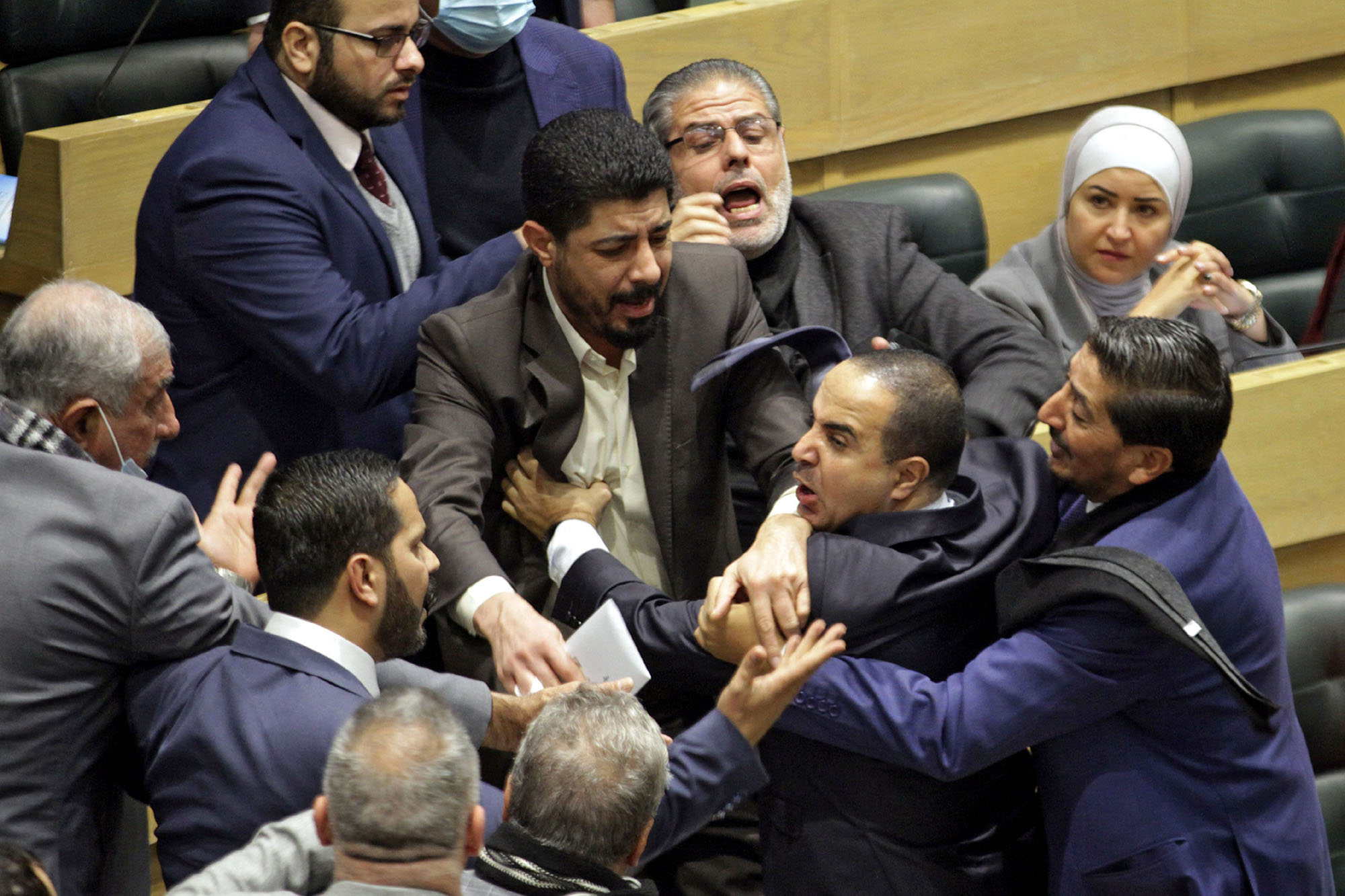 Violence broke out among lawmakers in Jordan this week during a debate on a proposed change to the Middle East nation’s constitution, according to a report.

Some lawmakers sought to have the Arabic female noun for a Jordanian citizen added to the section of the constitution that deals with equal rights but critics described the proposed change as “useless,” the BBC reported.

Video posted on social media shows lawmakers pointing fingers, shouting, and trying to restrain some agitated members. Some lawmakers are seen punching and slapping one another.

The session of parliament was livestreamed on television, the BBC reported.