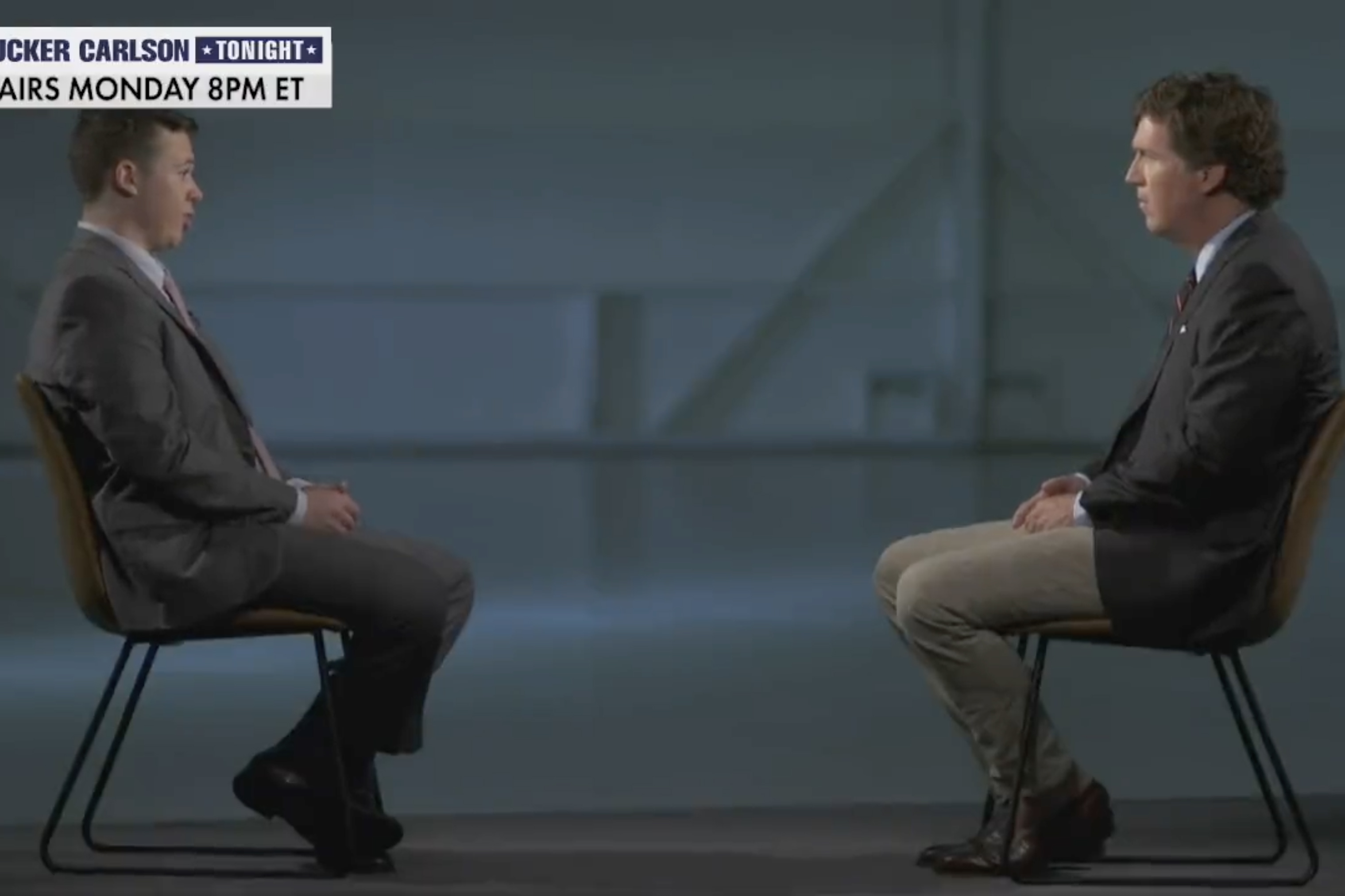 Kyle Rittenhouse says said that his case was not about the contentious issue of race — and that, in fact, he supports Black Lives Matter.

“This case . . . had nothing to do with race, had to do with the right to self-defense,” Rittenhouse (inset), 18, told Fox News host Tucker Carlson in an interview set to air Monday.

“I’m not a racist person. I support the BLM movement and peacefully demonstrating.”

Rittenhouse, who was acquitted last week for fatally shooting two men and wounding a third during the 2020 riots in Kenosha, Wis., railed against his prosecution but said he believes his treatment was not unusual.

“I believe there needs to be change. I believe there’s a lot of prosecutorial misconduct, not just in my case but in other cases,” he said.

“It’s just amazing to see how much a prosecutor can take advantage of someone.”

A jury cleared Rittenhouse of charges of homicide, attempted homicide and reckless endangerment on Friday in the deaths of Joseph Rosenbaum, 36, and Anthony Huber, 26, and the wounding of Gaige Grosskreutz, 27, on Aug. 25, 2020.

He was 17 when he brought a semiautomatic rifle and a medical kit to Kenosha in what he said was an effort to protect businesses as riots broke out over the police shooting of Jacob Blake, a black man who was left paralyzed from the waist down, on Aug. 23.

His attorneys argued that the teenager acted in self-defense when he opened fire.

.“I tell everybody there what happened. I said I had to do it,” he said. “I was just attacked. I was dizzy, I was vomiting, I couldn’t breathe.”

The high-profile case created debate over whether Rittenhouse used his legal right to use weapons during the violence in Kenosha or whether he was a dangerous vigilante who escalated the tension.

“I believe they came to the correct verdict and I’m glad that everything went well,” he said.

The jury deliberated for close to 3¹/₂ days before reaching a verdict.

Legal experts told The Post that prosecutors in the trial presented an overly complex case and might have had better success if they had sought lesser charges.