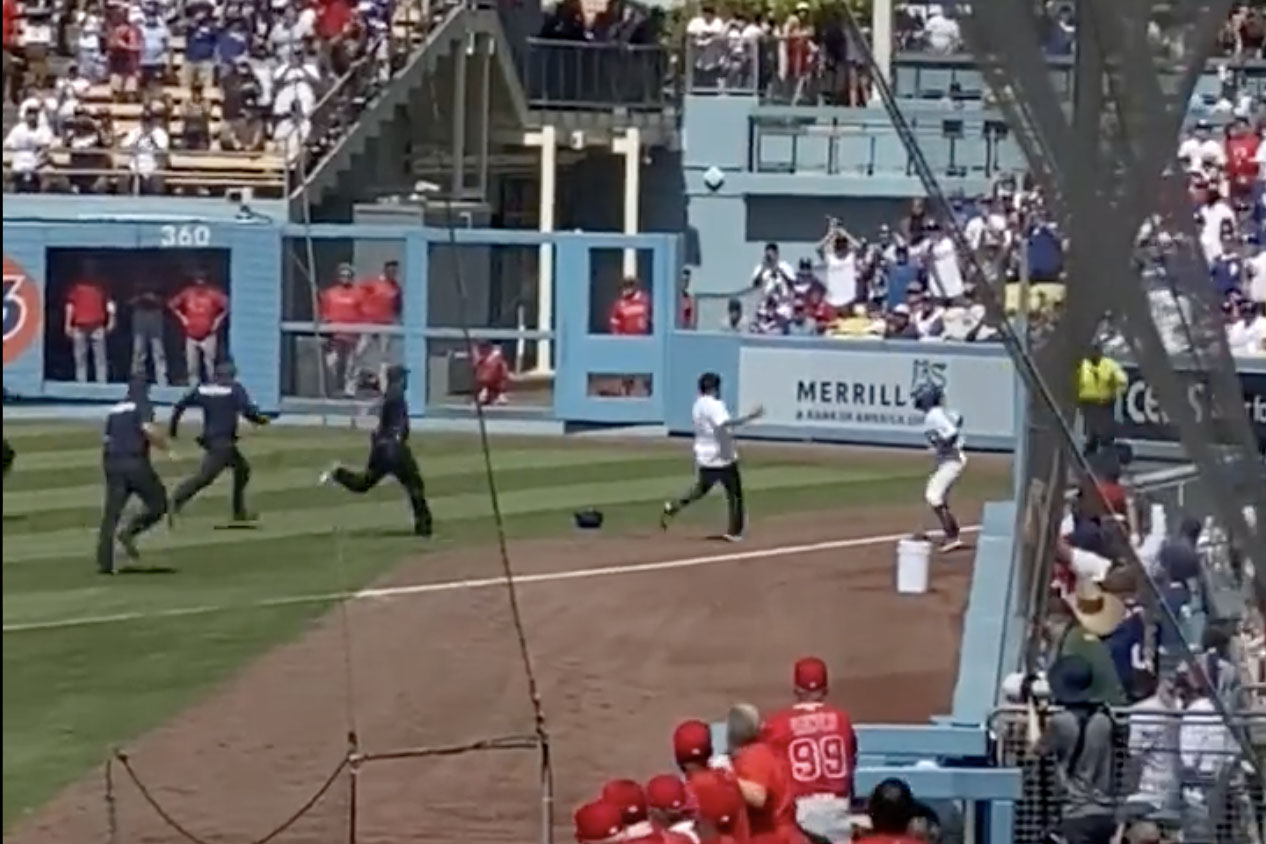 A Los Angeles Dodgers ball girl might have made the play of the game on Sunday when she tackled a fan who had run onto the field mid ballgame.

The Dodgers were winning convincingly 6-1 against crosstown rivals The Angels, when a streaker stormed onto the field, leading security on a wild chase across the diamond and outfield, out-juking some staff to wild cheers from the fans.

But then video shows the fan– trailed by a swarm of security close behind — run into foul territory in right field, where he was presumably trying to make his escape over the wall and back into the stands.

But not so fast.

As the fan approached the foul line, a ball girl tackled him, forcing him to flip over the wall, prompting a huge “OHHH!” from the crowd.

He was immediately apprehended, the video shows.

Here is another angle of the takedown.

And another from left field [it doesn’t get old].

Sports fans on social media loved the play, likening the take down to a football tackle and suggesting a team sign her up.

“This #Dodgers ball girl is not the hero we deserve,but the hero we need,” tweeted LA sport journalist Michael Duarte.

“Ball girl sent him over the wall like this was arena football,” said Brian Floyd.

Pat McAfee, former punter for The Indianapolis Colts, said she looked like a kicker making a special teams tackle.

“Ball girl looking like a kicker on a long kickoff return… Stays square, find the angle, and BOOOOM over the wall CUZ,” he tweeted.