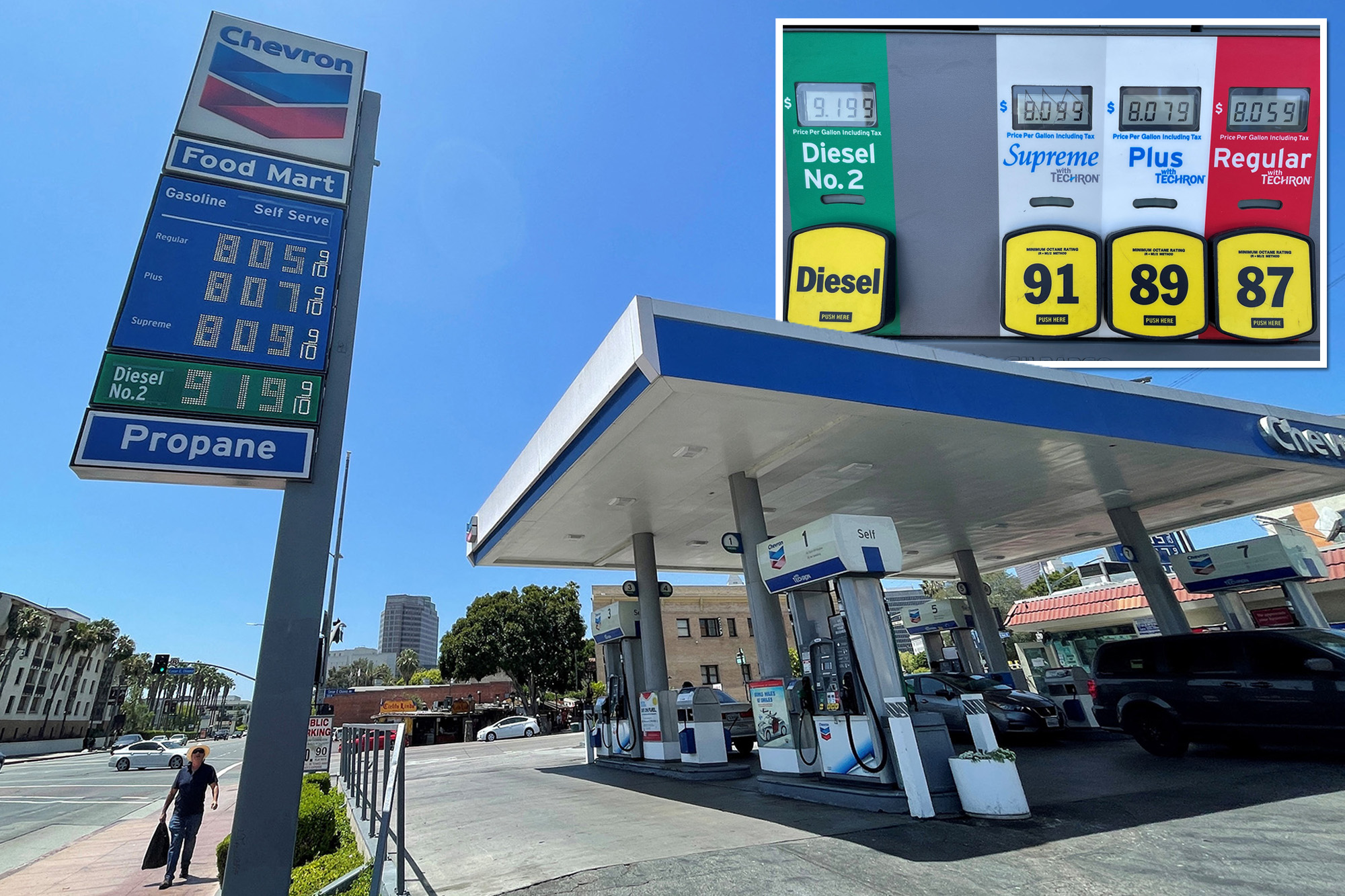 A Los Angeles gas station was charging more than $8 a gallon Wednesday as fuel prices soar to record highs across the country ahead of the start of summer.

The Chevron station in downtown LA is charging a whopping $8.059 per gallon for regular unleaded – over $1.86 more than the statewide average in California. Prices were $8.079 for plus, $8.989 for supreme and a wallet-busting $9.199 for diesel, local reports showed.

The sticker shock at the station on Alameda Street had one shocked Florida motorist declaring “that’s f—king crazy.”

“A hundred and 40 dollars to fill up my van!” he told Fox 11 Los Angeles on Wednesday.

Another motorist begrudgingly filled up his tank at the self-service station in a neighborhood with limited fuel options, Fox reported.

“I didn’t want to come to this station but I kind of ran out of gas so I thought I had to,” he said.

The eye-popping prices come as the national average for regular hit a record-high of $4.671 per gallon on Wednesday, according to AAA. The Golden State also set another record high with $6.194 on Wednesday, up from $5.736 only a month ago – and $4.202 a year ago, AAA figures showed.

A spokesperson for Chevron said there are a lot of factors that affect gas prices, “including some unique ones specific to California.”

“This station, along with the majority of our branded stations in California, are owned by independent businesspeople who make their own decisions about the prices to charge at their stations,” spokesperson Tyler Kruzich said in a statement provided to The Post.

No one answered at a phone number listed at the station on Wednesday. A reporter with the local Fox station was told by an employee to leave the property, video showed.

A spokesman for California Attorney General Rob Bonta said the office couldn’t confirm any price gouging investigations but said the law is only triggered in the case of a federal, state or local emergency.

“That being said, we’re closely monitoring the market, and laws prohibiting deceptive pricing, price fixing or other antitrust violations remain in effect,” the office said in a statement to The Post.

Bonta sent a letter to oil refineries in March warning against “illegal market manipulation” or other state laws, the spokesman added.