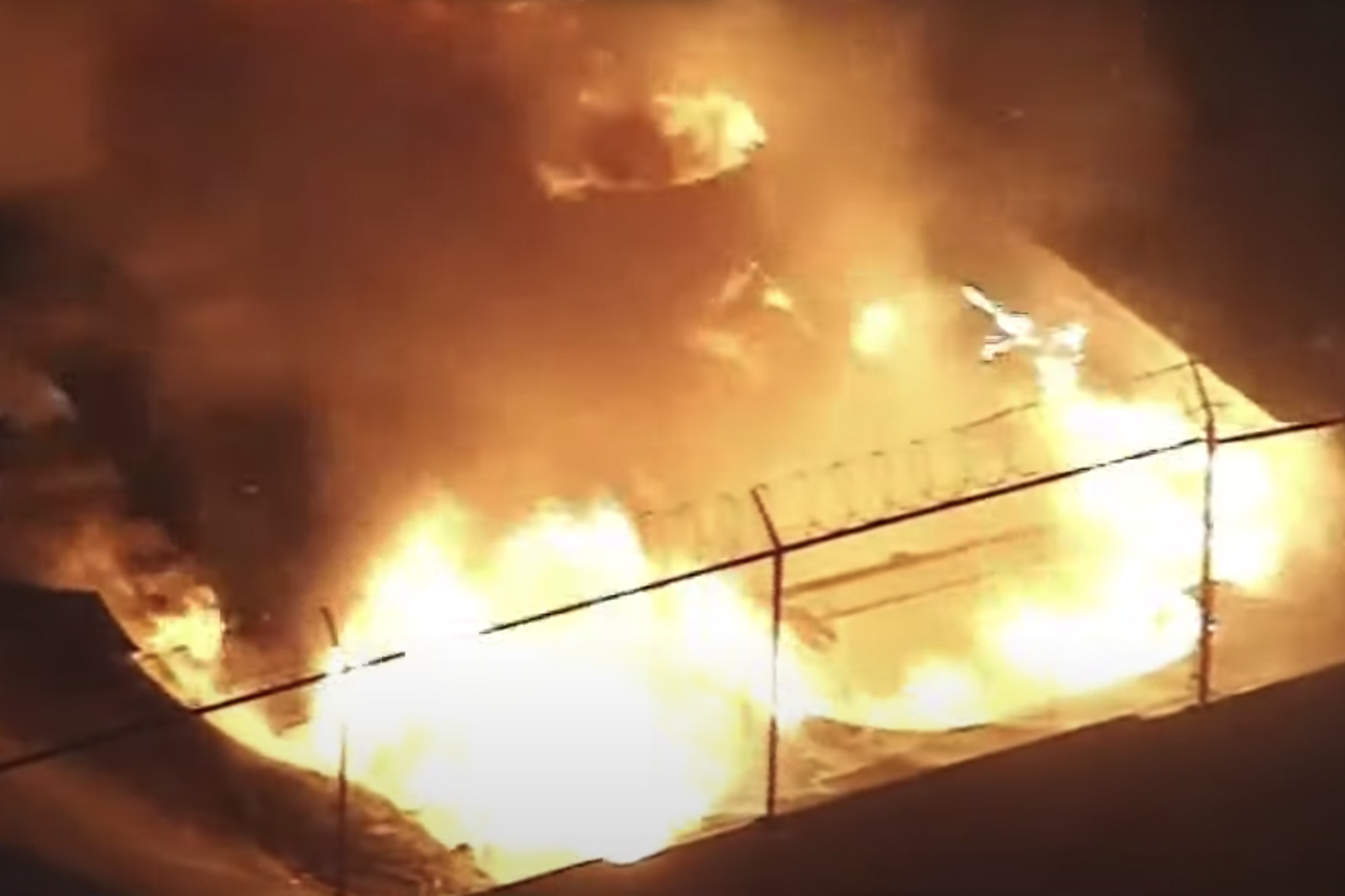 The conflagration tore through a two-story Craftsman-style home on S Park View Street in Westlake at around 10 p.m., according to the Los Angeles Fire Department.

More than 130 firefighters were battling to keep the fire at bay as the flames threatened to ignite a building and daycare center next to the vacant home.

It was not clear late Wednesday if anyone was injured in the blaze.