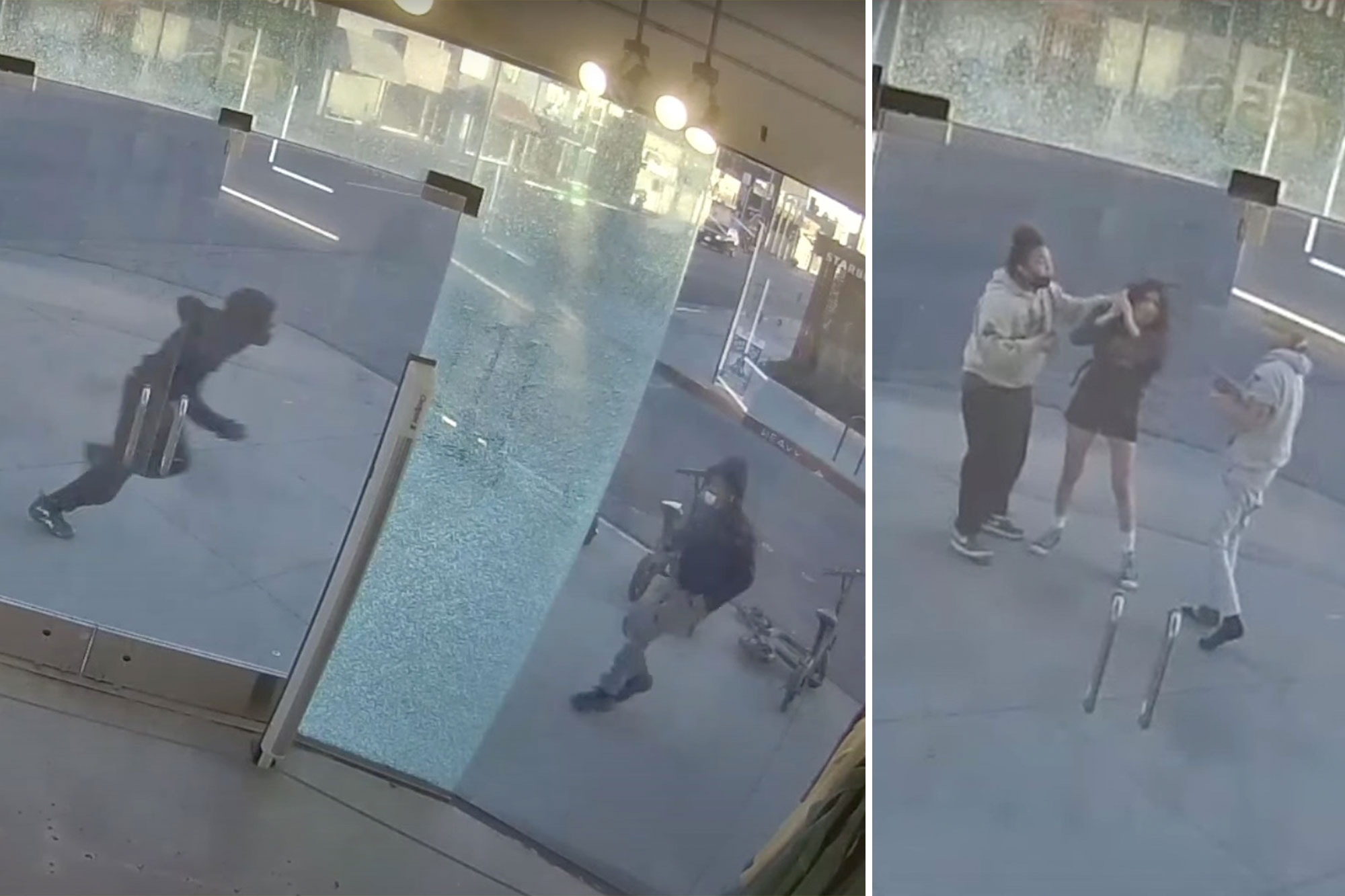 Two unsuspecting girls were pulled down to the sidewalk by their hair and robbed of their phones while they were walking to school, The Los Angeles Police Department announced.

Police are seeking the public’s help in their search for four suspects involved in the robbery, which occurred on the 7200 block of Melrose Avenue near FairFax High School around 7:20 a.m. on Wednesday morning, LAPD said.

The two girls were on their way to school when two suspects snuck up behind them and pulled them to the pavement by their hair, according to police.

Surveillance video from inside of a store released by LAPD shows the two girls walking on the sidewalk, when suddenly two women run up behind the girls and attack them, although most of the attack is blocked from view due to an opaque window.

Police said the suspects demanded the girls hand over their cellphones, and held their grip on their hair until they complied.

In the surveillance footage, one of the suspects, described by police as an 18-year-old woman, can be seen keeping his grip on one of the victims’ hair before she finally gives in and gives her attacker the code after she wrestled her phone away..The other suspect was described as a black female.

All four suspects fled in a black sedan with tinted windows, cops said.

It’s not clear whether the two victims were students at FairFax High School, police said.

The typically safe Melrose-Fairfax area has been rampant with robberies over the past year. In November, a group of at least five men walked up to a residents’ home and demanded valuables during an armed robbery just a half mile away from Wednesday’s mugging.

What may have been behind mysterious ground-shaking booms in NJ

Abrams to chat with author who wants to ‘abolish prisons’