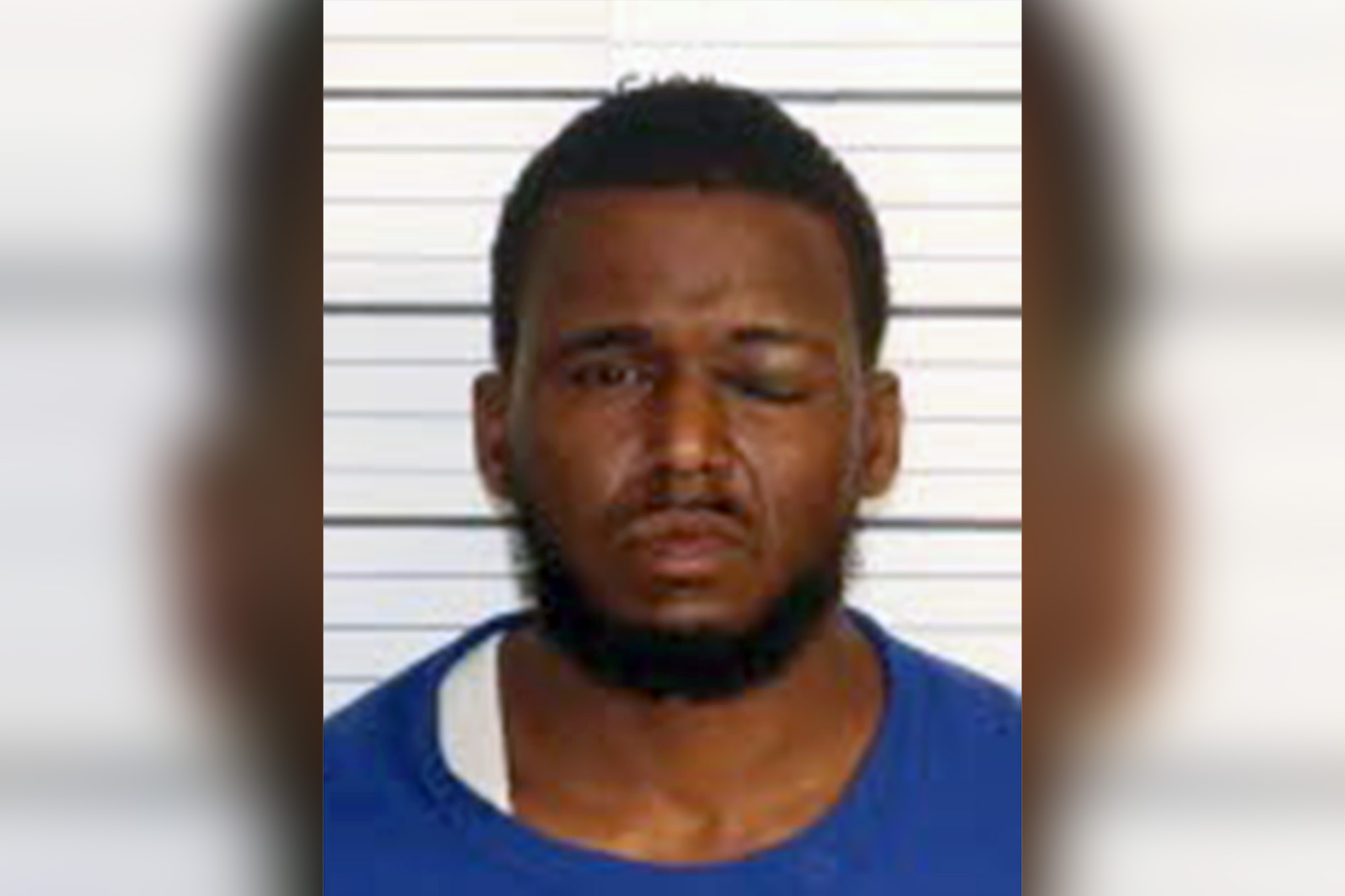 A Tennessee man has been accused of breaking into his ex-girlfriend’s home and brutally beating, choking and kidnapping her because he thought she had his lottery ticket and owed him $10,000, authorities said.

Dontrell Hanes, 43, was arrested Tuesday on more than a dozen charges, including aggravated burglary, aggravated kidnapping and domestic assault.

According to an arrest affidavit cited by the station Fox 13, Hanes went to his former girlfriend’s home in the Memphis suburb of Cordova and kicked in the door after she refused to let him in.

Hanes, who has a history of domestic violence, allegedly dragged the woman through the house as she tried desperately to latch onto furniture. He punched and choked her on the bathroom floor, causing her to stop breathing for several seconds, the affidavit said.

The affidavit alleged that the suspect believed his ex-girlfriend had a lottery ticket that supposedly belonged to him, and he felt she owed him money.

Hanes demanded that the victim transfer money to his bank account and then dragged her against her will out of the house, the document stated.

The accused kidnapper ordered the victim to get in his blue Ford Explorer and allegedly told her he was taking her to the Orange Mound area to “shoot up someone’s house.”

The affidavit said the woman witnessed Hanes pull a handgun from underneath the driver’s seat.

Hanes drove with the woman across state lines to Horn Lake, Mississippi, where he used his debit card to buy food at a Burger King.

After returning with the meal, Hanes allegedly continued asking his ex for money and specifically demanded that she give him $10,000.

Hanes allegedly warned the woman that if she tried to leave, things would “not end well.”

The woman pleaded with Hanes to give her back her phone, which he had taken away from her, so that she could call her family, and he permitted her to call her daughter.

The woman instead dialed the police, who were able to ping the victim’s location at an Exxon gas station on Mount Moriah Road.

Deputies who responded to the scene spotted Hanes sitting behind the wheel of the Ford Explorer smoking a marijuana blunt, according to the affidavit.

When they approached the suspect and asked him to step out of the vehicle, he allegedly refused their commands, telling them: “You’re going to have to kill me.”

Police then tried to remove Hanes from the Ford by force, but he put up a fight, punching one deputy in the face and chest, and repeatedly kicking another in the leg.

During the melee, the deputies saw a red pistol fall to the ground. It was later found to have been reported stolen out of Georgia in 2016, Action News 5 reported.

Fearing for their safety, the deputies called for backup, and Hanes was ultimately taken into custody.

Both the suspect and one of the deputies were hospitalized to be treated for injuries suffered during the fight.

The 43-year-old has a criminal record that includes convictions for cocaine possession in Georgia and a 2021 domestic violence charge involving the same woman whom he allegedly kidnapped Tuesday.