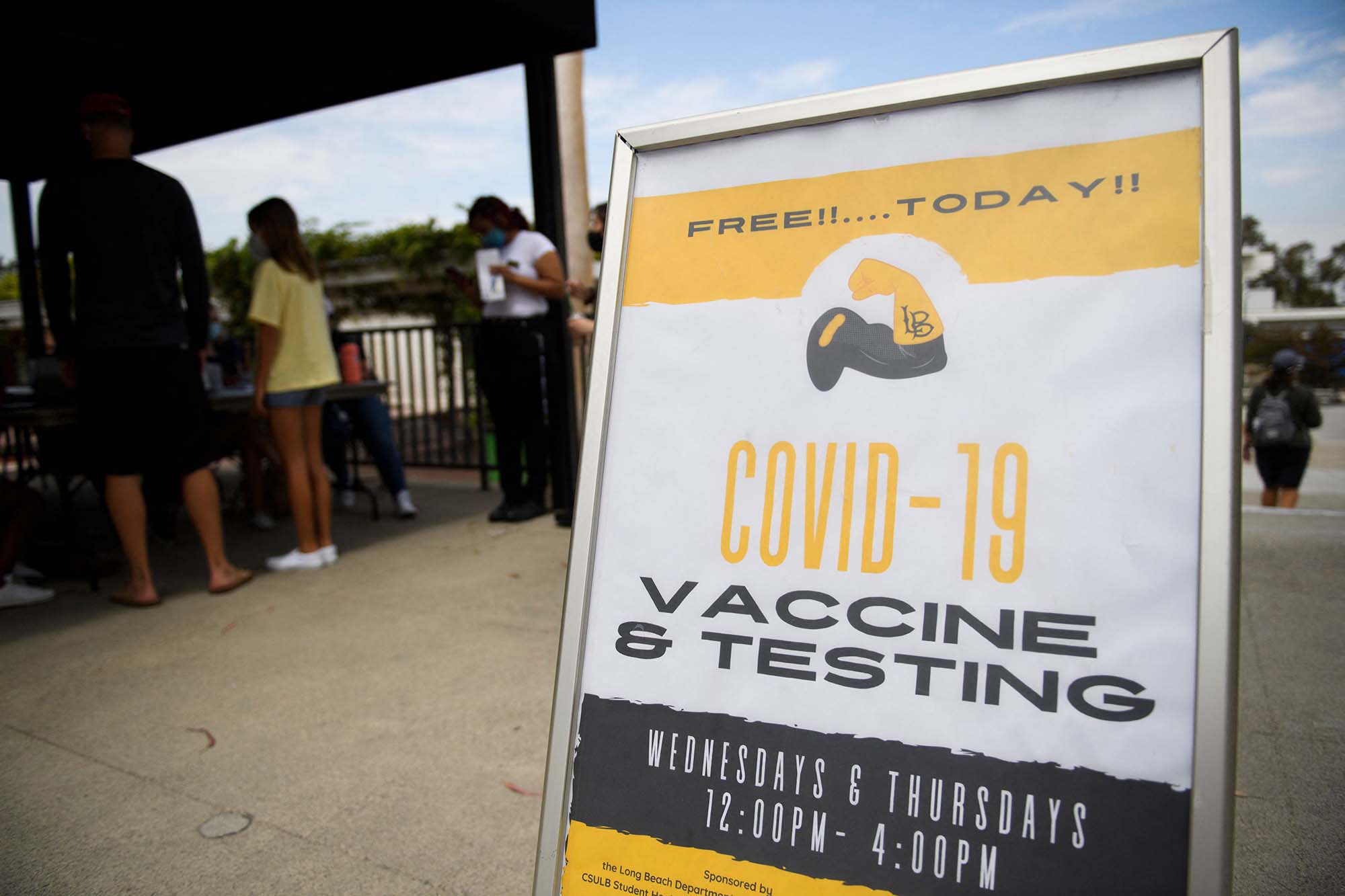 A man drove his car into two workers outside a California COVID-19 vaccination clinic, forcing the clinic to close Sunday, according to local reports.

The driver arrived at the site at around 4:45 p.m. Saturday and began crashing into cones, signs and employees, Sergeant Dmitry Barkon of the Santa Clarita Sheriff’s Station told KHTS.

The incident was described as an assault with a deadly weapon, and police believe the driver veered into the workers intentionally.

“One of the workers was picking up a sign when they were struck by the vehicle,” Barkon told the station.

One employee was treated on scene with minor arm injuries while the other was not hurt, authorities told NBC 4.

“We are saddened by this terrible incident, and our thoughts and prayers are with the person injured. Public health is working with local authorities and the vaccination site has closed as the investigation is underway,” LA County Public Health said in a statement to NBC.

The suspect fled in a gray four-door sedan and has not yet been apprehended.