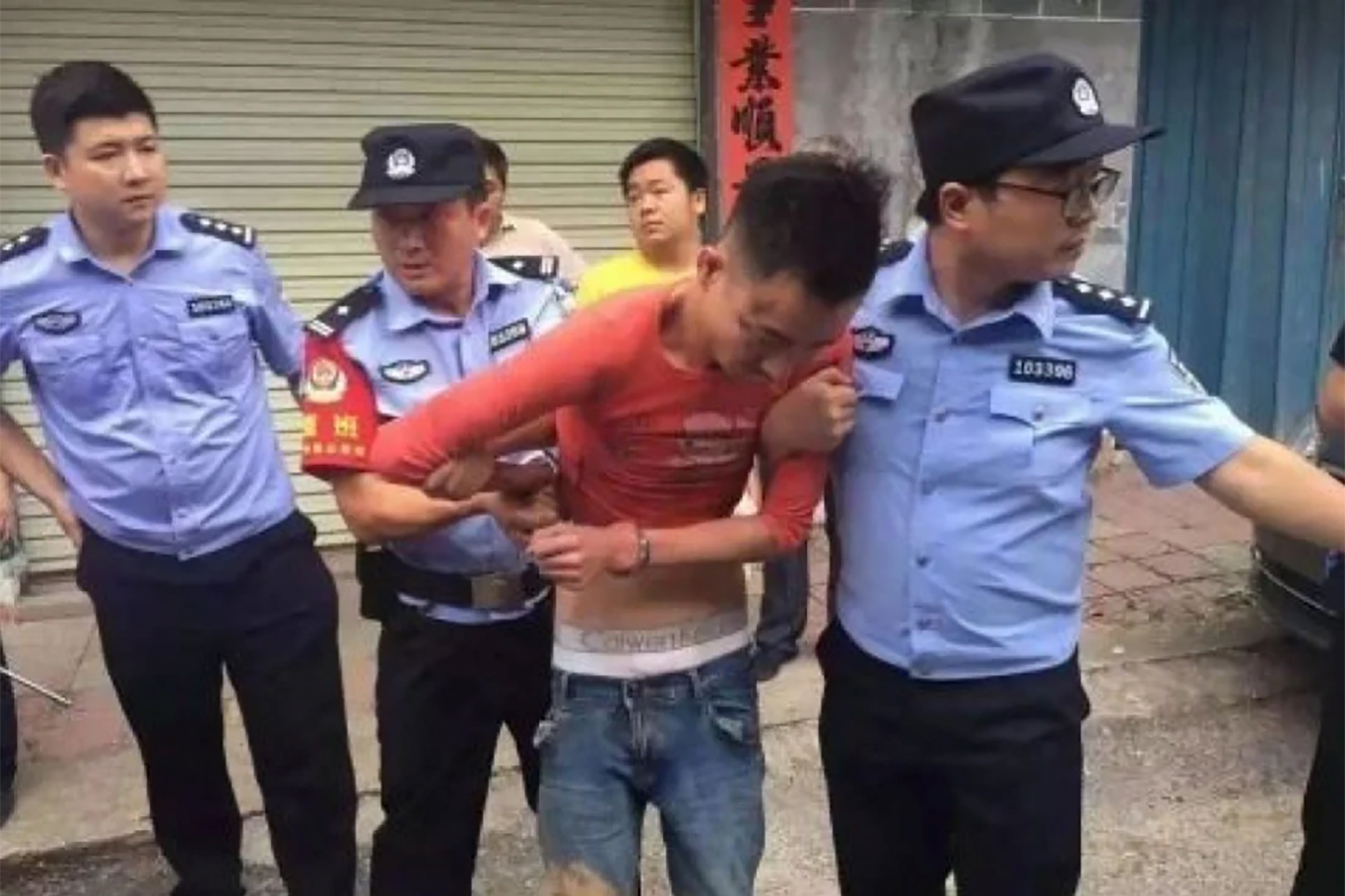 The blood-soaked luggage was a dead giveaway.

Police in China arrested a former bar manager named Xie Lei on suspicion of murder after he tried to hop in a cab this week with a blood-drenched, foul-smelling suitcase, the South China Morning Post reports.

The cabbie stepped out to help the man place the heavy suitcase in the trunk, but quickly grew suspicious and called police.

Xie, 33, a native of China’s central Shaanxi province, ran, leaving the suitcase beyond.

When authorities opened the luggage, they found the body of 19-year-old woman. The victim, whose name was not released, and Lei reportedly once worked together at a local bar, before the suspect quit in August.

Police in Taihe County, Jiangxi Province, in southeastern China, said the case is under investigation. It is not known if or how Xie killed the woman or what his motive for murder might have been.

The victim’s father told Oriental News Today the 19-year-old woman was his oldest child and had been a migrant worker for many years. She had been in contact with her family in the days before she was killed, the father said.