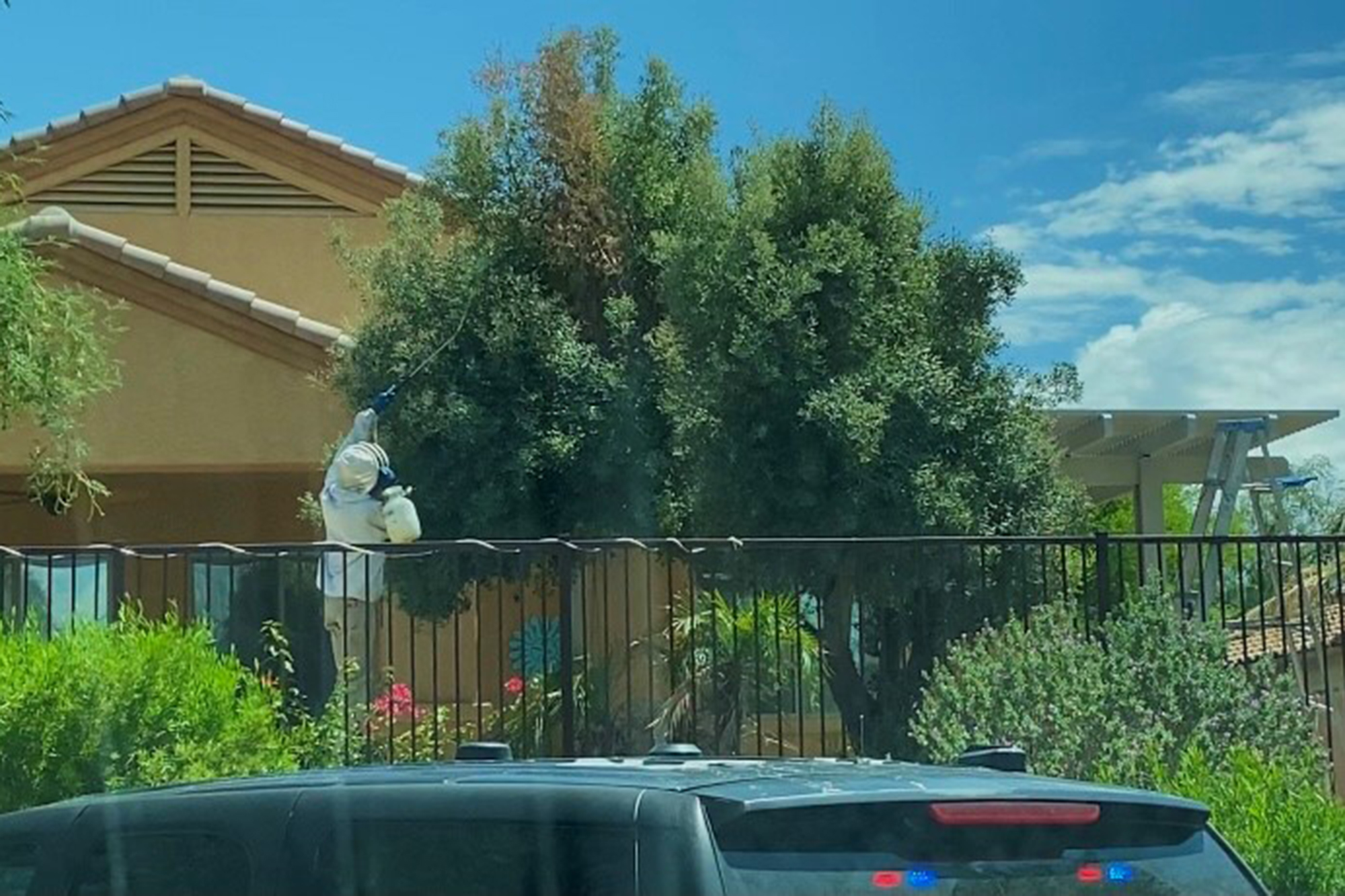 A swarm of bees killed one man and injured five other people when their massive, 100-pound hive was disturbed at an Arizona home, authorities said.

The huge swarm of bees in Marana attacked at about noon Thursday, stinging three people “hundreds of times,” according to the Northwest Fire District in Tucson. They were rushed to a hospital and one victim – a man who had yet to be identified – was later pronounced dead.

One victim was stung about 60 times and was taken to a hospital before being treated and released.

“A large open hive, estimated around 100 pounds, was located in a tree nearby,” fire officials said.

It was not immediately clear what species of bee was behind the carnage.

A photo showed a beekeeper near the tree in a residential backyard. Marana police said the hive and most of the bees were removed, but warned residents to be on alert for potential follow-up attacks.

“Although the area is much safer, there are still some lingering bees,” police said in a statement. “Please continue to use caution while in the area. Several people were injured and one person has passed away due to their injuries.”

Some 1,109 deaths from hornet, wasp and bee stings were tallied in the US between 2000-2017, with about 62 fatalities annually, according to Centers for Disease Control and Prevention data from 2019. Roughly 80 percent of the victims were men.