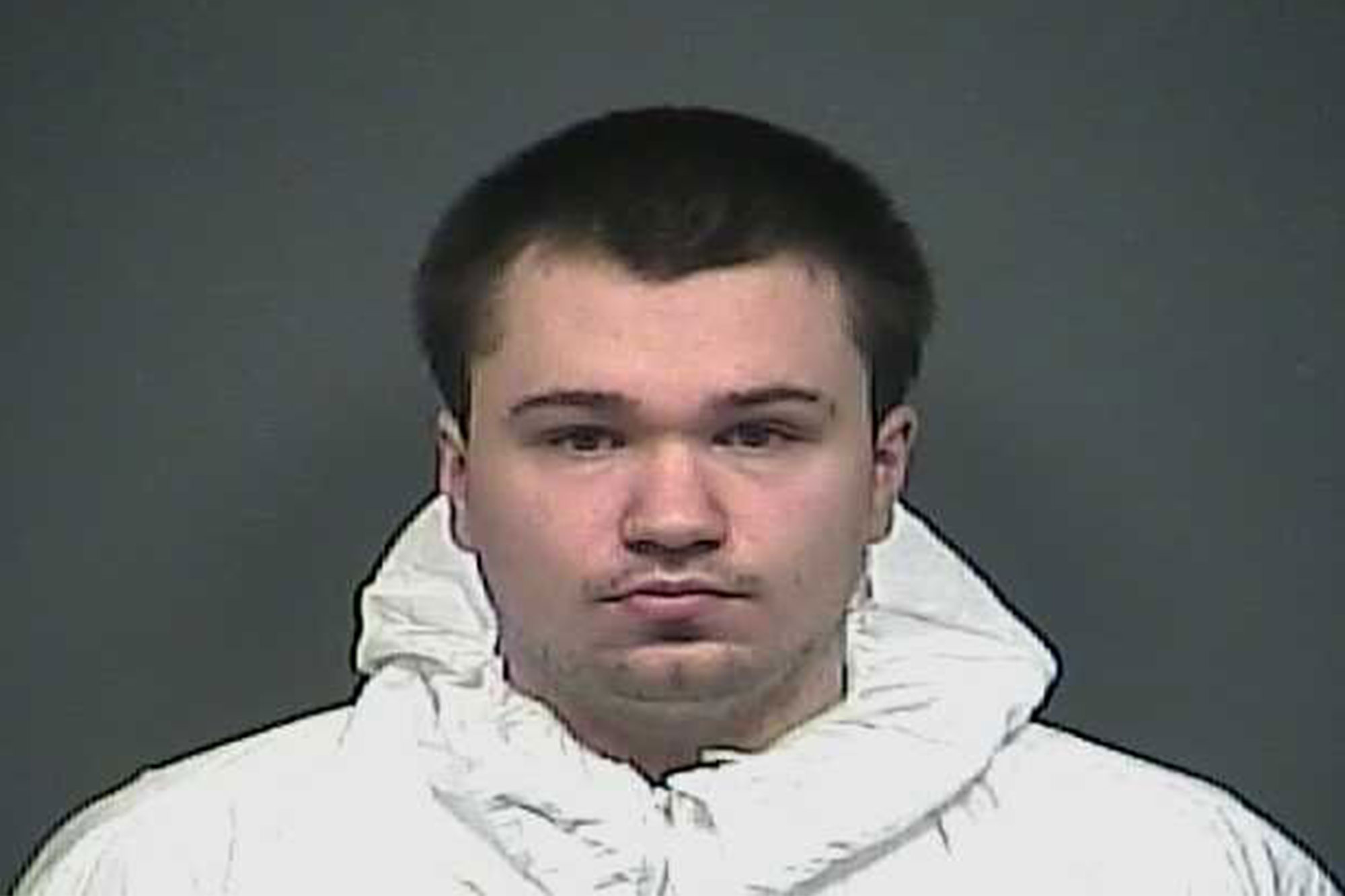 A Tennessee man accused of murdering his mother, 11-year-old sister, and stepbrother called his shooting rampage “self-defense” when asked for comment by a TV reporter.

Nathanial Pipkin, 22, killed three members of his family and sent a fourth person fleeing from their Columbia home in terror when he opened fire Friday before 6 a.m., authorities said.

He appeared ready for more carnage when cops nabbed him in a traffic stop three hours later and more than 100 miles away.

Yet once arrested, he gave a shocking answer when a reporter for WKRN-TV asked him if he had a comment.

“Self-defense,” Pipkin is heard telling reporter Stephanie Langston in a video that shows him escorted to the county jail. Several people are heard on the video asking follow-up questions – but he says nothing more.

Pipkin had previous run-ins with the law and he was arrested in March on an unlawful weapons possession charge, the sheriff said. It isn’t clear what led up to his rampage last week.

He also intended to harm his mother’s husband, who was in the home at the time of the shooting, the Herald stated.

During the news conference, the sheriff said a male family member was the only other person in the home at the time of the killings and escaped – but he didn’t confirm that it was McNeely’s husband.

“One escaped through a window and fled to a nearby home and placed the 911 call,” Rowland said.

A multi-jurisdictional manhunt was set off for Pipkin, who made off in his silver Mustang, police said.

Pipkin, who surrendered to cops without incident, faces murder and attempted murder charges, the Herald said.