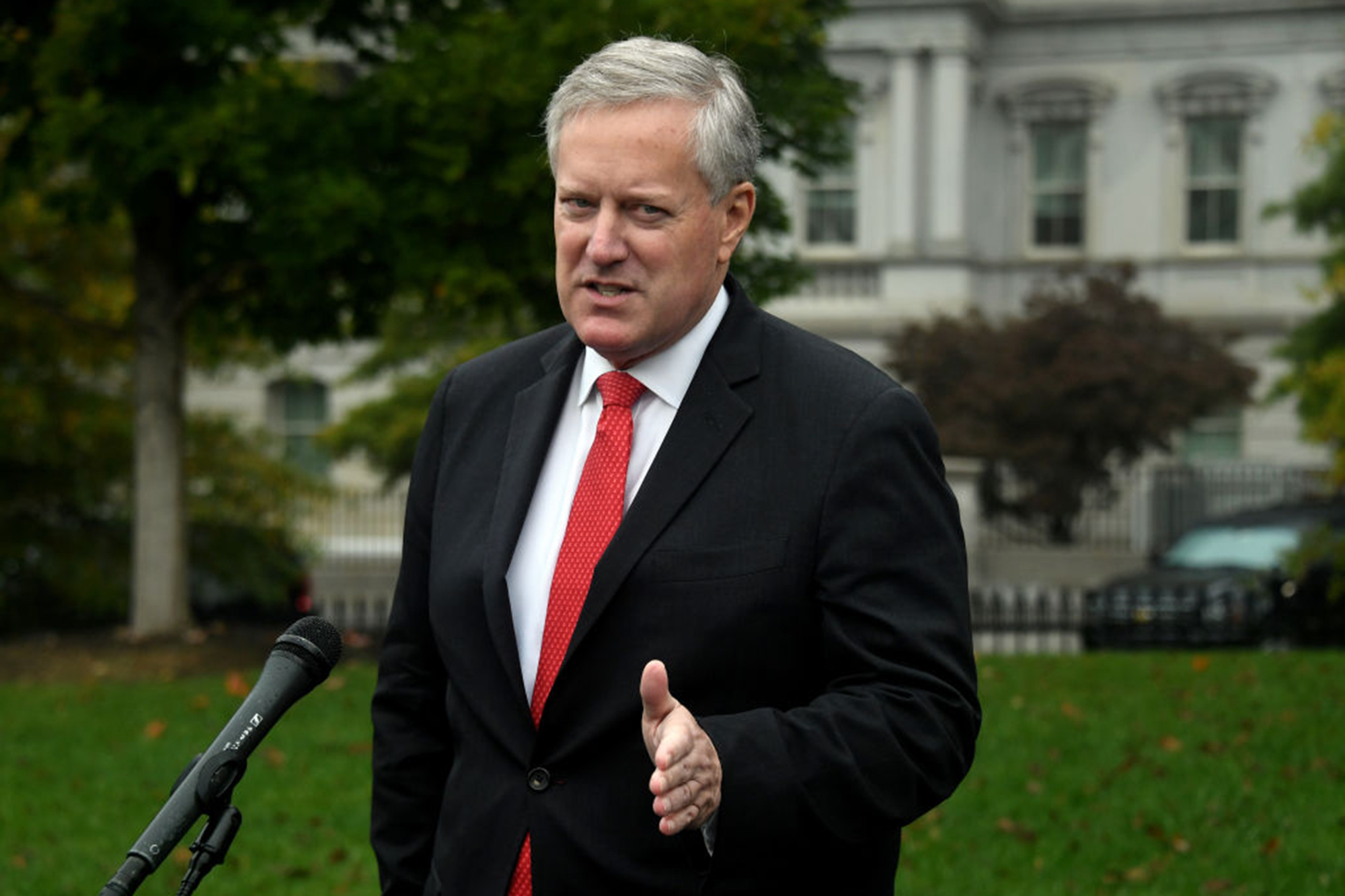 The House of Representatives voted largely along party lines Tuesday to hold former Trump White House Chief of Staff Mark Meadows in contempt after he refused to sit for a deposition with the select committee investigating the Jan. 6 riot at the US Capitol.

The nine-member select committee voted unanimously Monday night to refer its 51-page contempt report against Meadows to the full House, and the panel’s members led Tuesday’s debate in the House Rules Committee and on the chamber floor.

“I have no great desire to be here seeking consideration of this contempt referral. Mr. Meadows was a colleague for more than seven years,” the select committee’s chairman, Rep. Bennie Thompson, told the Rules Committee. “But that doesn’t excuse his behavior.”

“If anything,” Thompson added, “his time as a member of the House should make him more aware of the potential consequences of defying a congressional subpoena. We have given Mr. Meadows every opportunity to cooperate with our investigation. We have been more than fair.”

Another select committee member, Rep. Jamie Raskin (D-Md.), said on the House floor that “if anyone we have called as a witness knows in his bones that he must testify before this committee, it is Mr. Meadows himself.”

Earlier in the debate, Raskin read out text messages sent to Meadows on the day of the riot from lawmakers, Fox News personalities and even Trump’s eldest son, Donald Trump Jr.

“He’s got to condemn this [s—] ASAP,” the lawmaker read the message from the then-first son, using the word “excrement” in place of the profanity.

In a subsequent text Raskin read, Trump Jr. told Meadows: “We need an Oval Office address. He has to lead now. It has gone too far and gotten out of hand.”

“These texts and hundreds more like them lead to hundreds of questions that we have about the sequence of events on January 6th,” said Raskin. “Who did what in response to different pleas from lawmakers, Democrat and Republican alike? Who did what in response to these pleas coming in from members of the media and from members of the Trump family? What was the sequence of events?”

Republicans slammed the action against Meadows as a distraction from the House’s work, with Rep. Mary Miller (R-Ill.) calling the move “evil and un-American.”

“Make no mistake,” said Rep. Jim Jordan (R-Ohio). “When Democrats vote in favor of this resolution, it is a vote to put a good man in prison.”

Hoyer had suggested that Banks opposed holding Meadows in contempt because “he fears, I believe, he fears the information that would be brought forward.”

After a brief delay, Rep. Betsy McCollum (D-Minn.), presiding over the debate, declined the Republican protest.

Meadows had handed over nearly 9,000 pages of emails and text messages to the committee before abruptly cutting off contact last week, citing ongoing litigation over Trump’s claims of executive privilege.

In a statement Tuesday, Meadows attorney George Terwilliger insisted that his client “never ‘stopped cooperating’” with the committee.

“As the House prepares to act on the Select Committee’s recommendation, perhaps Members will consider how the Select Committee’s true intentions in dealing with Mr. Meadows have been revealed when it accuses him of contempt citing the very documents his cooperation has produced,” the lawyer said. “What message does that duplicity send to him as well as to others who might be inclined to consider cooperating in good faith to the extent possible?”

Meadows also sued the Jan. 6 panel himself, arguing the subpoenas he faced were “overly broad and unduly burdensome.”

“I have tried to share non-privileged information,” Meadows told Fox host Sean Hannity in an interview Monday night. “But truly, the executive privilege that Donald Trump has claimed is not mine to waive, it’s not Congress’ to waive and that’s why we filed the lawsuit to hopefully get the courts to weigh in — hopefully they will weigh in.”

Meadows added that the effort to hold him in contempt was “not surprising,” and was more about Trump than anything Meadows did or did not do.

“Let’s be clear about this, this is not about me, holding me in contempt,” Meadows said. “It’s not even about making the Capitol safer. We’ve seen that by the selective leaks that are going on right now. This is about Donald Trump and about actually going after him once again.”

Trump himself described Meadows as “an honorable man” in an interview with the Associated Press, adding: “I think Mark should do what’s right … He shouldn’t be put through this.”

Steve Bannon, a former White House adviser and ally of Trump’s, was indicted last month by a federal grand jury on two counts of contempt of Congress after he refused to testify before the committee.