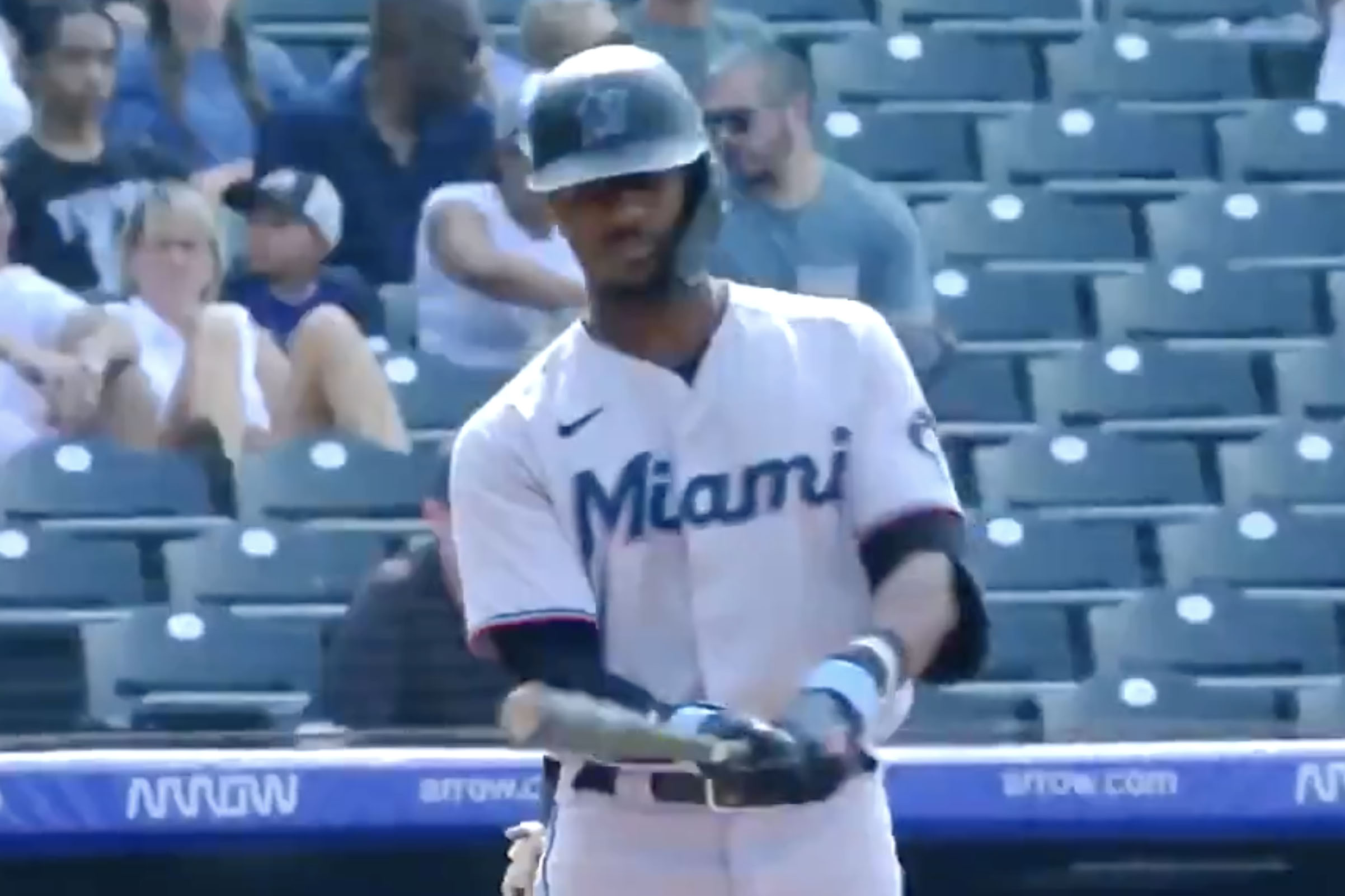 The Colorado Rockies are investigating an incident in Sunday’s game during which a fan hurled a racial slur at Miami Marlins outfielder Lewis Brinson during his at-bat.

The slur was audible during the ninth inning of the game’s broadcast, where the fan can be heard yelling the N-word at the top of his lungs twice at the batter.

In a statement released after the game, the Rockies said that the fan has not yet been identified, but the club plans to investigate and ban the fan for life from Coors Field.

“The Colorado Rockies are disgusted at the racial slur by a fan directed at the Marlins’ Lewis Brinson during the ninth inning of today’s game,” the club said in a statement after the game. Although the subject was not identified prior to the end of the game, the Rockies are still investigating.

“The Rockies have zero tolerance for any form of racism or discrimination, and any fan using derogatory language of any kind will be ejected and banned from Coors Field.”

“It is a painful reality that progress continues to be elusive in a world where ignorance and bigotry remain all too commonplace,” Clark said in the statement.

“While many are truly committed to respect and equality for all, the abhorrent racial animus displayed today highlights that there is still much work to be done. We have to continue to work together and ensure that racism is never tolerated on or off the field.”

Brinson, 27, has spent all five of his major league seasons with the Miami Marlins, playing in just under 300 games with the team with a career batting average of .199. He is hitting .261 in 45 games so far this season.

The Rockies ultimately won the game 13-8.