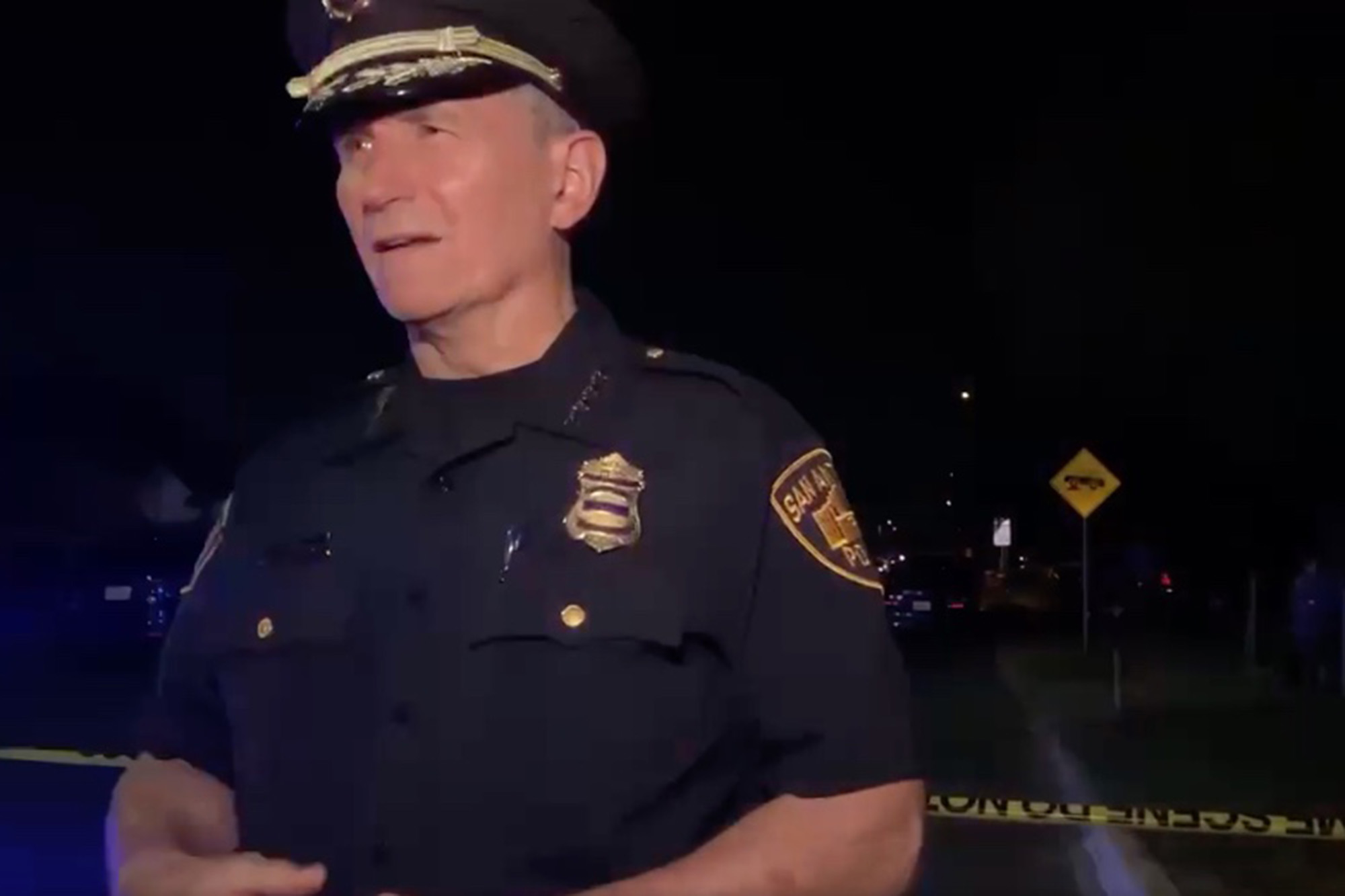 At least two people were killed and five others injured during a “drive-by” mass shooting late Saturday in San Antonio, a local police head said.

The seven people were shot about 10 p.m. as a family was barbecuing outside a house, while multiple children were inside, San Antonio Police Department Chief William McManus told reporters during a press conference.

McManus said that an unspecified number of people drove by the home and “unloaded” between 20 and 30 rounds. Two of the victims are women and the other five are men; their ages range between 20 and mid-forties, he told reporters.

He also revealed that six children were inside the house as shots were fired, but that they were uninjured.

“Fortunately, they weren’t out front,” he said.

McManus said police did not have a description of the suspects, and that they have “a couple theories” about the motive of the shooting, while cautioning that the investigation is in its early stages.