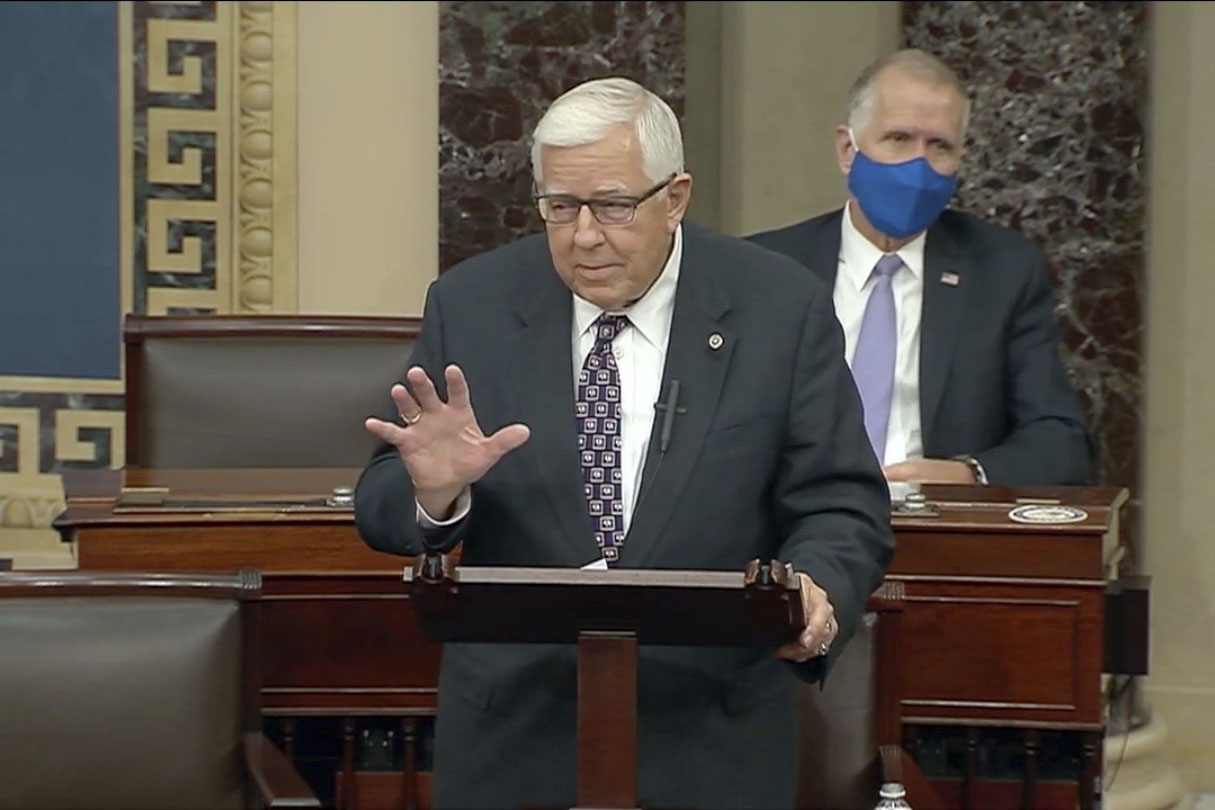 Former Wyoming senator Mike Enzi died on Monday after he was seriously injured in a bicycle accident last week.

The senator’s family announced his passing in a message posted to his Twitter page late Monday night.

“His family expresses their deep appreciation for all of the prayers, support and concern. They now ask for privacy and continued prayers during this difficult time. The family is planning to hold a celebration of a life well-lived, with details to be shared later.”

On Friday, the senator was riding his bike near his home in Gillette, Wyo. when something went awry. Enzi was badly injured and needed to be flown to UCHealth Medical Center of the Rockies in Loveland, Colo.

The Republican was elected to the senate in 1996 and decided not to seek reelection in 2020.