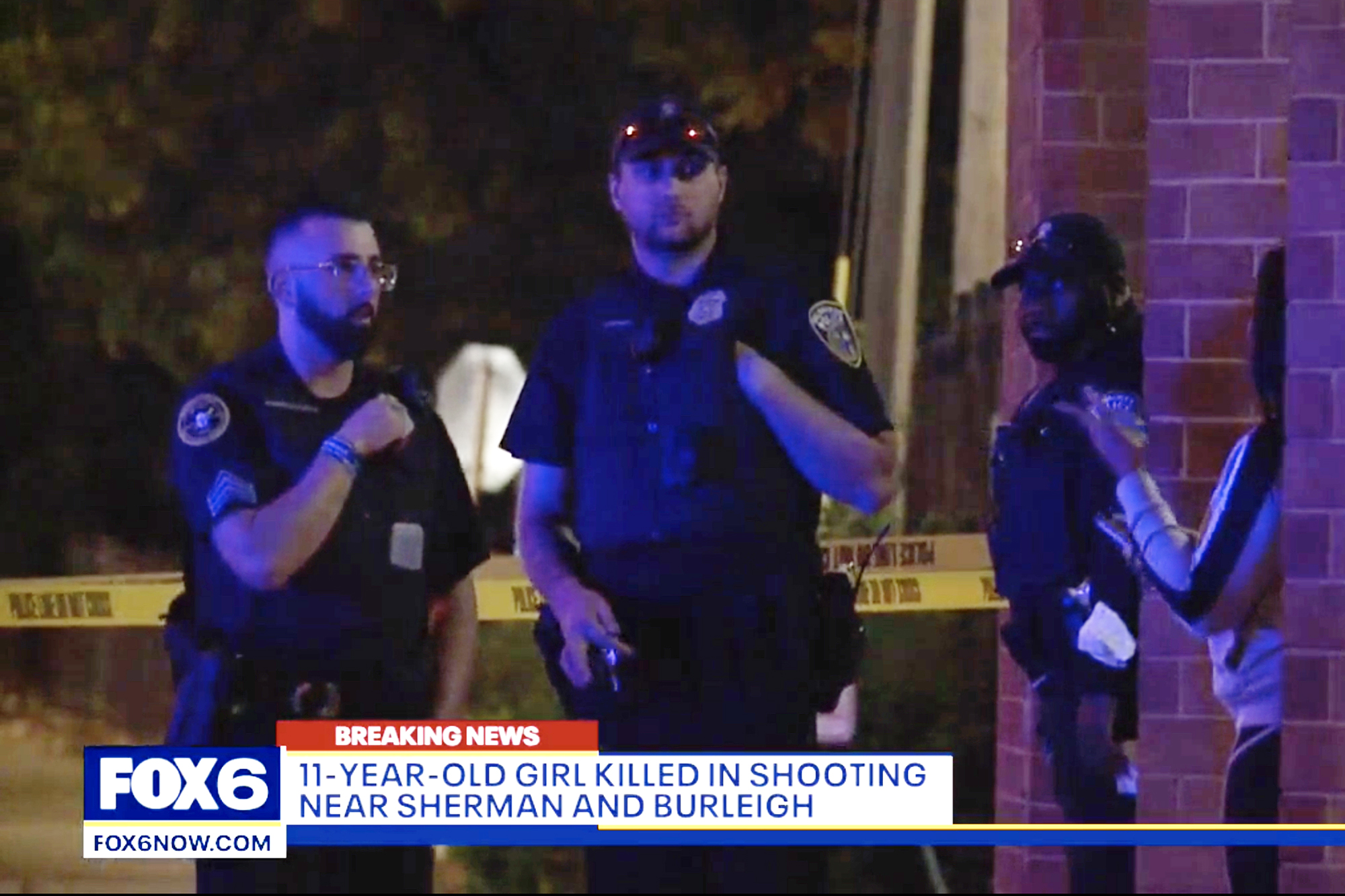 An 11-year-old girl was killed and her 5-year-old sister wounded in Milwaukee when a shooter in a passing car opened fire on the family’s vehicle, authorities said.

Taniyla Parker and her younger sister were sitting in a car with relatives when the other vehicle pulled up alongside them and gunfire erupted around 9 p.m. Saturday in the Sherman Park neighborhood in northwest Milwaukee, news station WISN reported.

The bullets struck both of the sisters, who were then driven to a nearby police station, authorities said.

Officers performed first aid until paramedics arrived and brought the girls to Children’s Hospital in Milwaukee, where Taniyla succumbed to her injuries Sunday, police said.

Her younger sister was in stable condition, authorities said.

No arrests have been made, and authorities are asking for the public’s help in tracking down suspects. Police have yet to give a motive for the shooting.

The shooting came during a weekend of gun violence in Milwaukee that has left at least four others under the age of 18 with non-fatal injuries since Friday, police said.