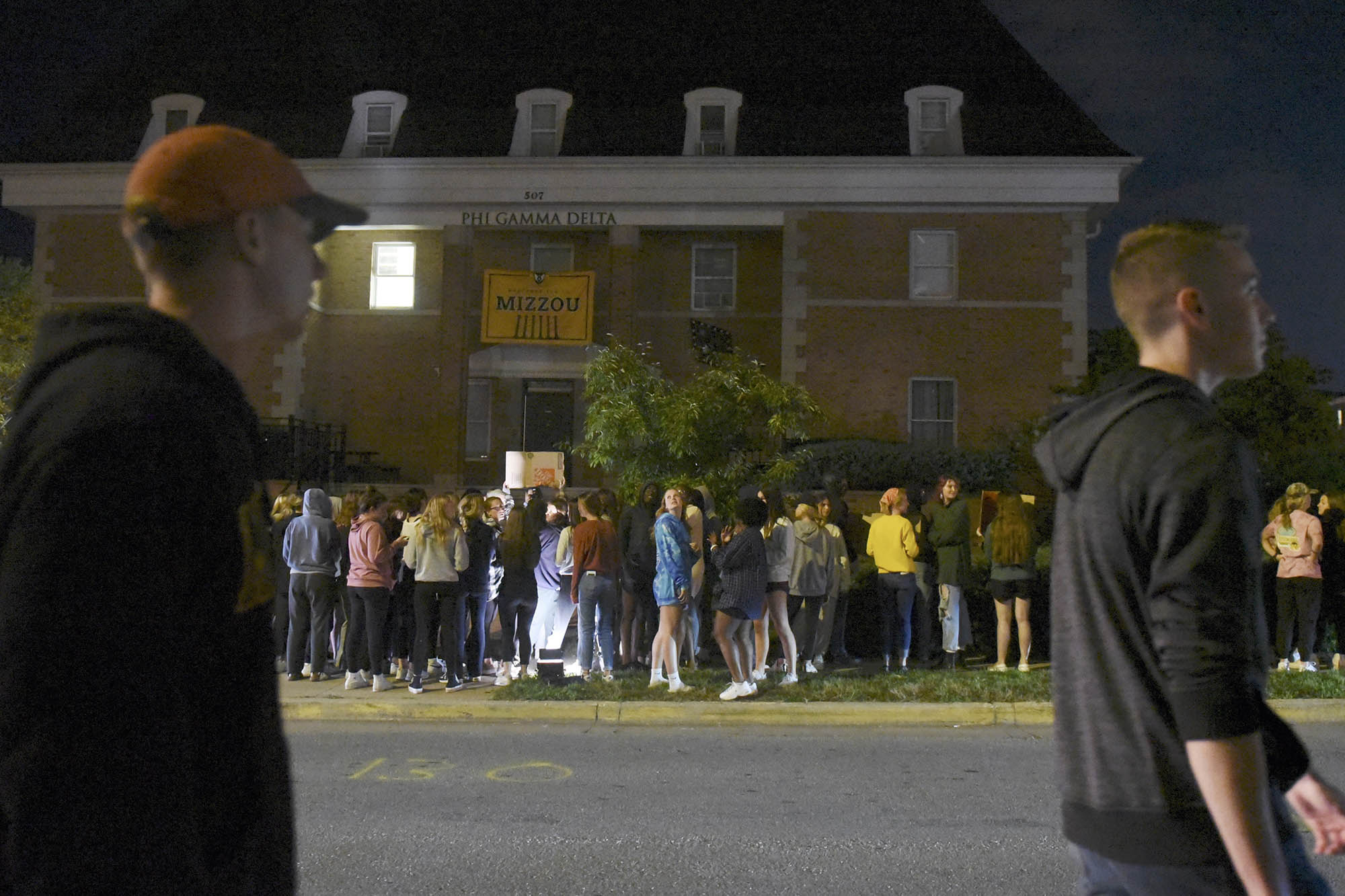 A University of Missouri student was found in cardiac arrest after being forced to drink a bottle of vodka during a “pledge father reveal” party, his family has alleged in a new lawsuit.

Daniel Santulli, 19, of Eden Prairie, Minnesota, was found inside a car Oct. 20 at University Hospital, where his blood-alcohol content was found to be 0.486 percent — more than six times the legal driving limit, the Columbia Missourian reported.

The young man was resuscitated and placed on a ventilator after the hazing incident at the Phi Gamma Delta house, where he was a pledge, according to the outlet.

Santulli remains “unresponsive, unaware of his surroundings, unable to communicate and (with) a significant injury to his brain,” according to a lawsuit filed by his parents in Boone County Circuit Court.

The family’s attorney, David Bianchi, called the incident “the worst injury of any fraternity pledge” he’s seen during his 30-year career.

The lawsuit names the national Phi Gamma Delta organization and individual members of the Missouri chapter.

The national fraternity and university have both suspended the Missouri chapter.

“Our thoughts and prayers are with Danny and the Santulli family during this difficult time,” Ron Caudill, the fraternity’s national executive director, told the Missourian in a statement.

“We have received the civil complaint and are reviewing it … We expect all chapters and members to follow the law and abide by the fraternity’s policies, which prohibit hazing and the provision of alcohol to minors,” he added.

According to the lawsuit, Santulli and the other pledges were blindfolded before they met the older fraternity members who were to be their “pledge fathers.”

Their newly revealed superiors then instructed them to drink a bottle of Tito’s vodka, according to the Missourian, which did not name individual defendants because they have not been charged with a crime.

Marijuana and cocaine also were “available” during the event, according to the lawsuit.

Santulli also had visited the hospital earlier to receive stitches and crutches for a foot injury — the result of an order to climb inside a trash can containing glass shards, according to the lawsuit.

As a result of the incident, the student’s grades allegedly dropped and his mental health was left in shambles.

“It’s impossible to overstate how horrific this has been for the family,” the lawyer said.

Putin fell down stairs, soiled himself amid health woes: report