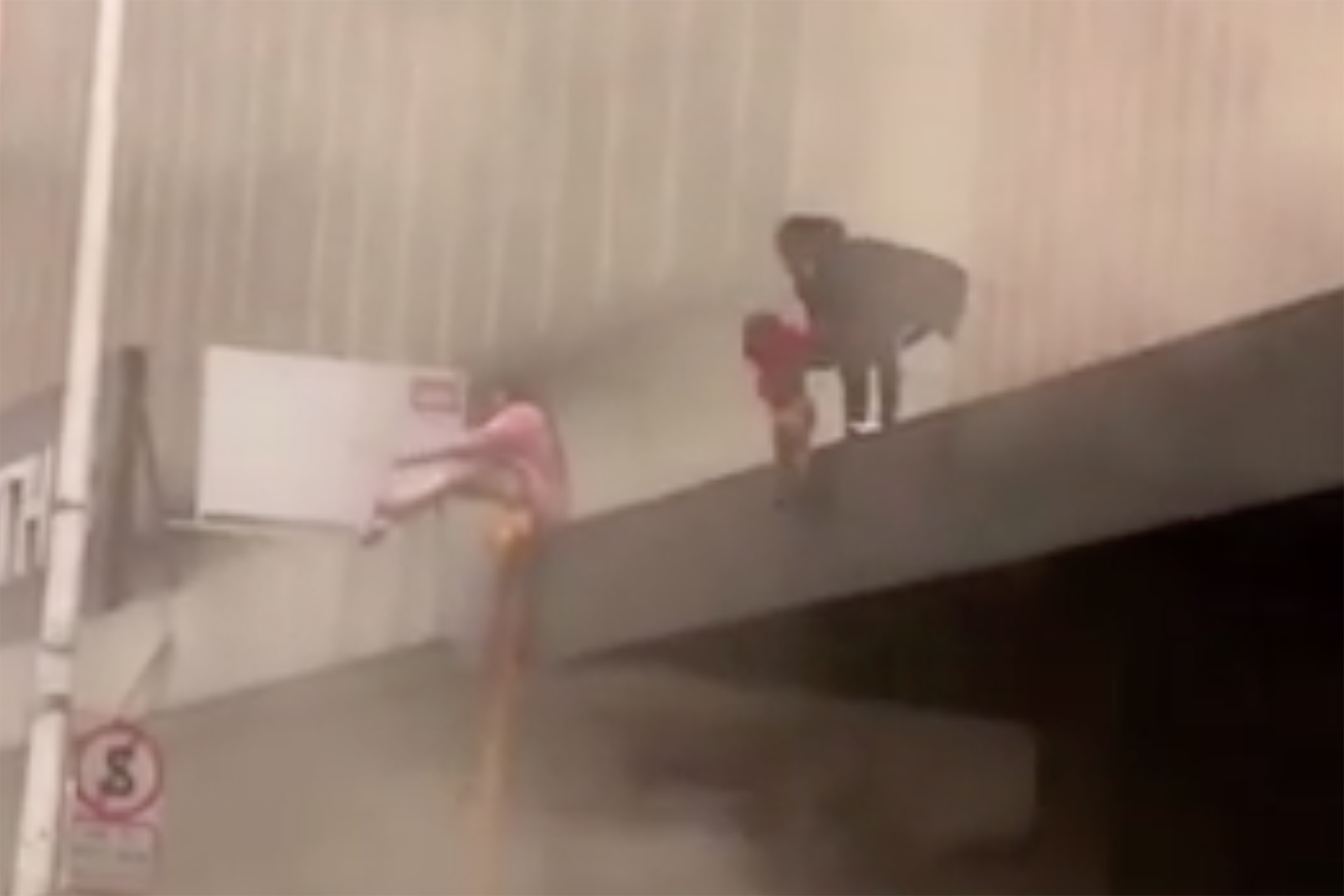 Gripping new video shows the moment a panicked mom hurls her 2-year-old daughter to a group of bystanders from the second-floor ledge of a burning building in South Africa.

Natedi Manyoni is seen climbing down to the ledge with the girl after fleeing her 16th-floor apartment in Durban on Tuesday, then dropping the youngster to a group of men below.

“After throwing her I held my head in shock,” Manyoni, 26, told Reuters. “But they caught her.”

The mom then made her way down and was reunited with the rattled — but safe — girl.

“She kept saying, ‘Mama you threw me down there,’” Manyoni said. “She was scared.

“What was important was for my daughter to be out of that situation,” she said. “I couldn’t escape alone and leave her behind.”

It was not known what sparked the blaze, or if it was related to unrest in South Africa.

The country has been plagued by mass looting, rioting and fires since former President Jacob Zuma was jailed last week for failing to show for a corruption investigation.