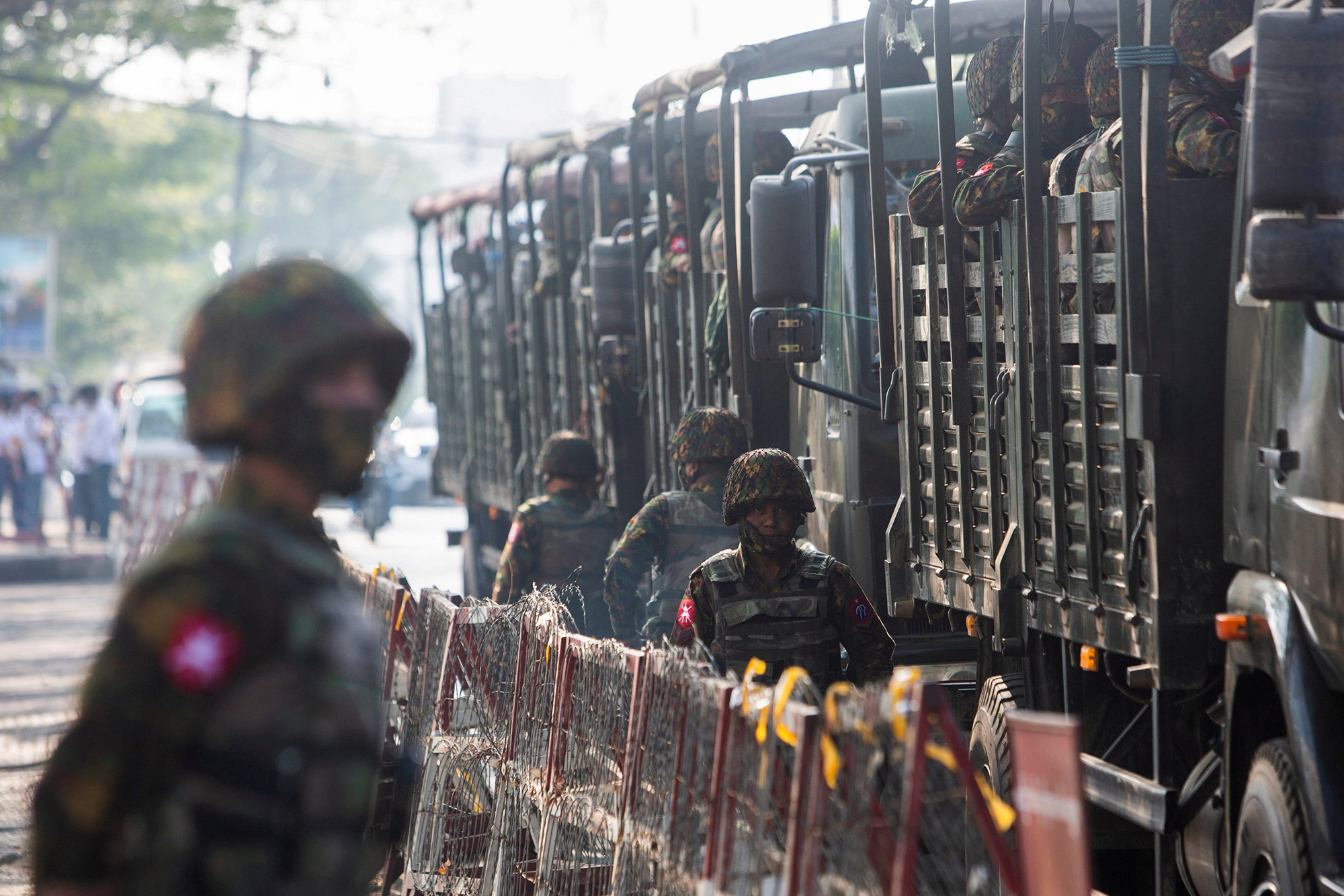 Sept 7 – Myanmar’s shadow government, formed by opponents of military rule, called for a nationwide uprising against the junta on Tuesday, amid reports of new protests and a flare-up in fighting between the army and ethnic military groups.

Duwa Lashi La, acting president of the National Unity Government (NUG), said the shadow government was launching a “people’s defensive war,” signaling in a speech what appeared to be a bid for greater coordination of armed militias and ethnic forces after months of fighting the military.

Military spokesman Zaw Min Tun dismissed the NUG’s call for revolt. It was an attempt to gain international attention and recognition from the United Nations General Assembly later this month and would not succeed, he said.

Myanmar’s military toppled the elected government of Aung San Suu Kyi on Feb. 1, triggering a wave of protests by pro-democracy supporters and leading to hundreds of deaths as security forces tried to quell the demonstrations.

Some opponents of military rule have formed armed groups, under the banner of the People’s Defence Forces and have forged alliances with some ethnic militias that have long seen Myanmar’s army as their enemy.

Declaring a state of emergency, Duwa Lashi La called for a “revolt against the rule of the military terrorists led by Min Aung Hlaing in every corner of the country.”

The junta has branded the NUG – made up of members in exile or in hiding – and People’s Defence Forces as terrorist groups.

Military-appointed administrators should “immediately leave your positions,” Duwa Lashi La said in his 14-point speech, urging members of the security forces to join pro-democracy militias and for ethnic groups in border areas to attack the military.

“We have to initiate a nationwide uprising in every village, town and city in entire country at the same time,” said Duwa Lashi La.

Military spokesman Zaw Min Tun said the NUG was trying to destabilize the country, including disrupting a national coronavirus vaccination program, but it was heading for failure.

“They are working to bring the international attention back,” said Zaw Min Tun, according to the Telegram channel of army-owned Myawaddy TV. He also accused media groups of “spreading fake news” on the situation in Myanmar.

Hastily formed militias have skirmished regularly with the army, although often appear to be operating independently. It is also unclear how much coordination there is among ethnic forces that have been fighting the army for decades.

The NUG’s announcement on Tuesday appeared to prompt some panic buying. A video on social media showed what it said was a rush to buy essentials in a supermarket in the country’s business hub of Yangon.

There were also reports of fighting in border areas, including between the army and soldiers of the Karen National Union (KNU), according to a post by the Karen Information Center on social media.

Anti-military street protests also broke out in the Dawei area of southern Myanmar and in Kalay in the Sagaing Region, photographs posted by the Myanmar Now news outlet showed.

The escalation in tensions comes as the Association of Southeast Asian Nations (ASEAN) has been leading diplomatic efforts to end the violence and open a dialog between the military rulers and their opponents.

ASEAN’s envoy to Myanmar, Erywan Yusof, said in an interview with Kyodo news agency at the weekend that the military had accepted his proposal for a ceasefire until the end of the year to ensure distribution of humanitarian aid.

A military spokesman could not be reached for comment on the ceasefire.

A pro-democracy activist and another member of the NUG said the junta could not be trusted to honor such a deal.