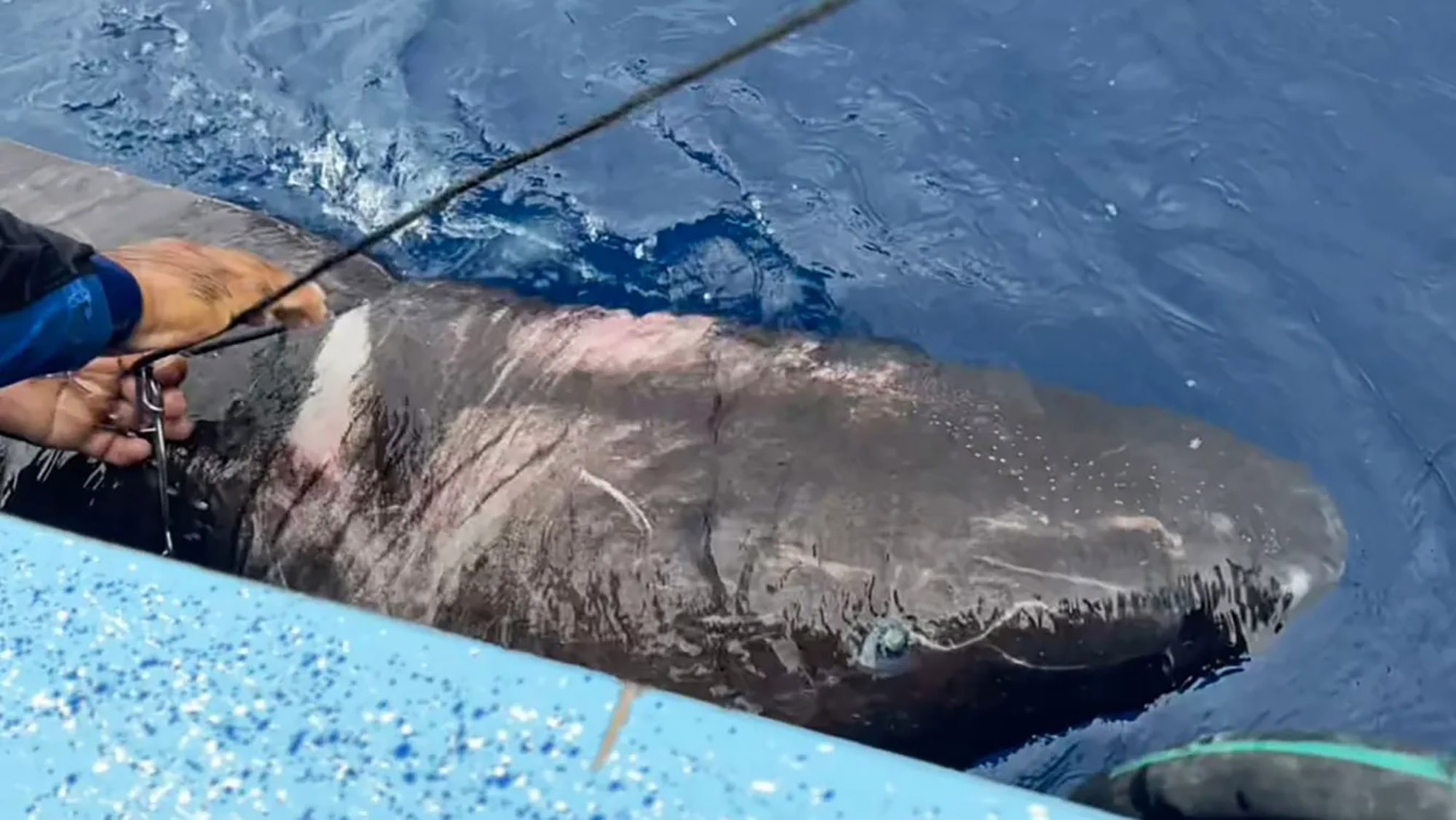 Shark spotting in western Caribbean waters is not uncommon, but this encounter was a first of its kind.

A half-blind shark, which normally lives in freezing Arctic waters, was discovered living in an unexpected place after a long night of fishing at a coral reef off Belize.

Devanshi Kasana, a Ph.D. candidate at Florida International University’s Predator Ecology and Conservation lab, was working with local Belizean fishermen to tag tiger sharks when the rather sluggish creature was snagged.

As daylight broke and storms were gathering on the horizon, the fishermen were performing the last check of their lines. On the other end of one wasn’t a tiger shark but rather something that looked old — ancient, even — and more like an elongated, smooth stone that had sprung to life. Its blunt snout and small pale bluish-colored eyes led scientists to think it was a member of the sleeper-shark family.

“At first, I was sure it was something else, like a six-gill shark that are well known from deep waters off coral reefs,” Kasana said. “I knew it was something unusual, and so did the fishers, who hadn’t ever seen anything quite like it in all their combined years of fishing.”

Kasana quickly rushed to share the news with her advisor and director of Sharks & Rays Conservation Research at Mote Marine Laboratory & Aquarium in Sarasota, Florida. It was soon determined it was most likely a Greenland shark or a hybrid between the Greenland shark and Pacific sleeper shark, due to its large size.

According to the laboratory, Greenland sharks remain somewhat of an “enigma to science.”

What is known about them is they tend to be seen in the frigid waters of the Arctic and North Atlantic oceans. The slow-moving species is also slow growing. They scavenge polar bear carcasses and have been estimated to live upward of 400 years — earning them the special designation of longest-living vertebrate known to science.

According to scientists, Greenland sharks could be trolling the depths of the oceans all across the world. That includes tropic regions but at greater depths where they can find their preferred cold water.

Kasana said the nearly 9,500-foot deep waters at Glover’s Reef Atoll, where she and the fishermen found the shark, were deep, and it was cold enough for a Greenland shark to thrive.

While the chances of catching another sleeper shark in those waters might be rare, they will be prepared. One of the world’s top experts on Greenland sharks gave the team four satellite tags. That way, they will be one step closer to discovering how these sharks can live in the tropics.