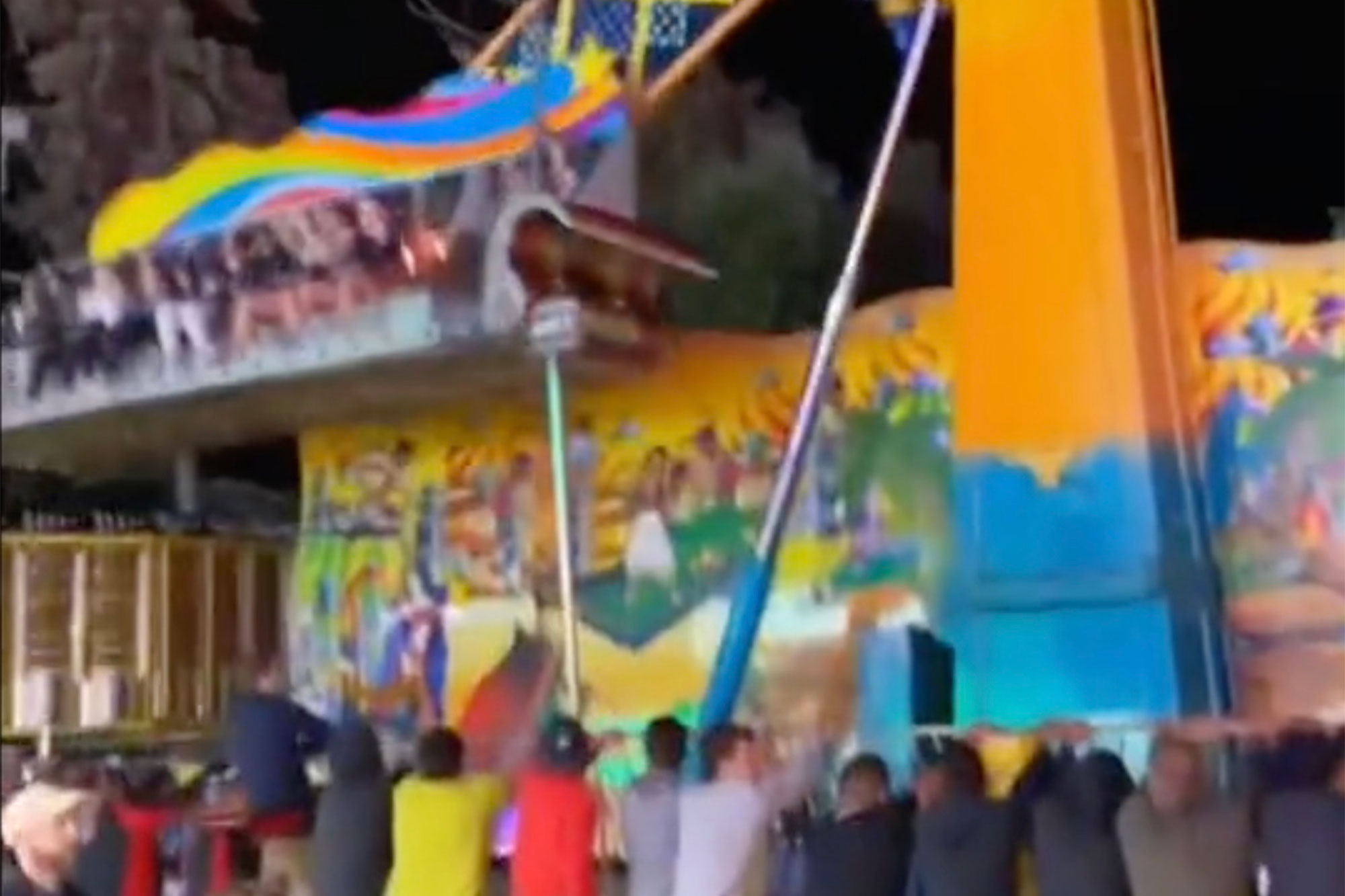 Video shows the terrifying moment a carnival ride in Michigan spun out of control — as festival goers rushed to stabilize the dangerous attraction.

The Magic Carpet Ride at the 95th Annual National Cherry Festival in Traverse City began swaying wildly Thursday night, with about 10 passengers hanging on for dear life while they swirled dozens of feet in the air, according to dramatic footage and reports.

As the ride appeared to begin to come off its foundation and tip backward, about a dozen fairgoers rushed over to grab the fencing around the base of the ride to use their weight to keep it from falling over, viral clips of the near-disaster showed.

When the ride finally stopped, the crowd cheered as riders disembarked and hugged their friends and family.

No one was injured, and the ride was dismantled by the next morning, according to UpNorthLive News.

Festival organizers and Arnold Amusements, Inc., who reportedly provided the ride, did not comment on the mayhem Friday.

President Biden visited a farm near the festival last weekend, and cherry-picked safer activities like chatting with voters and eating ice cream.

Mohit Sharma - July 28, 2021
0
Homeland Security Secretary Alejandro Mayorkas has canceled in-person events and will work from home this week, after being exposed to someone with the COVID-19...