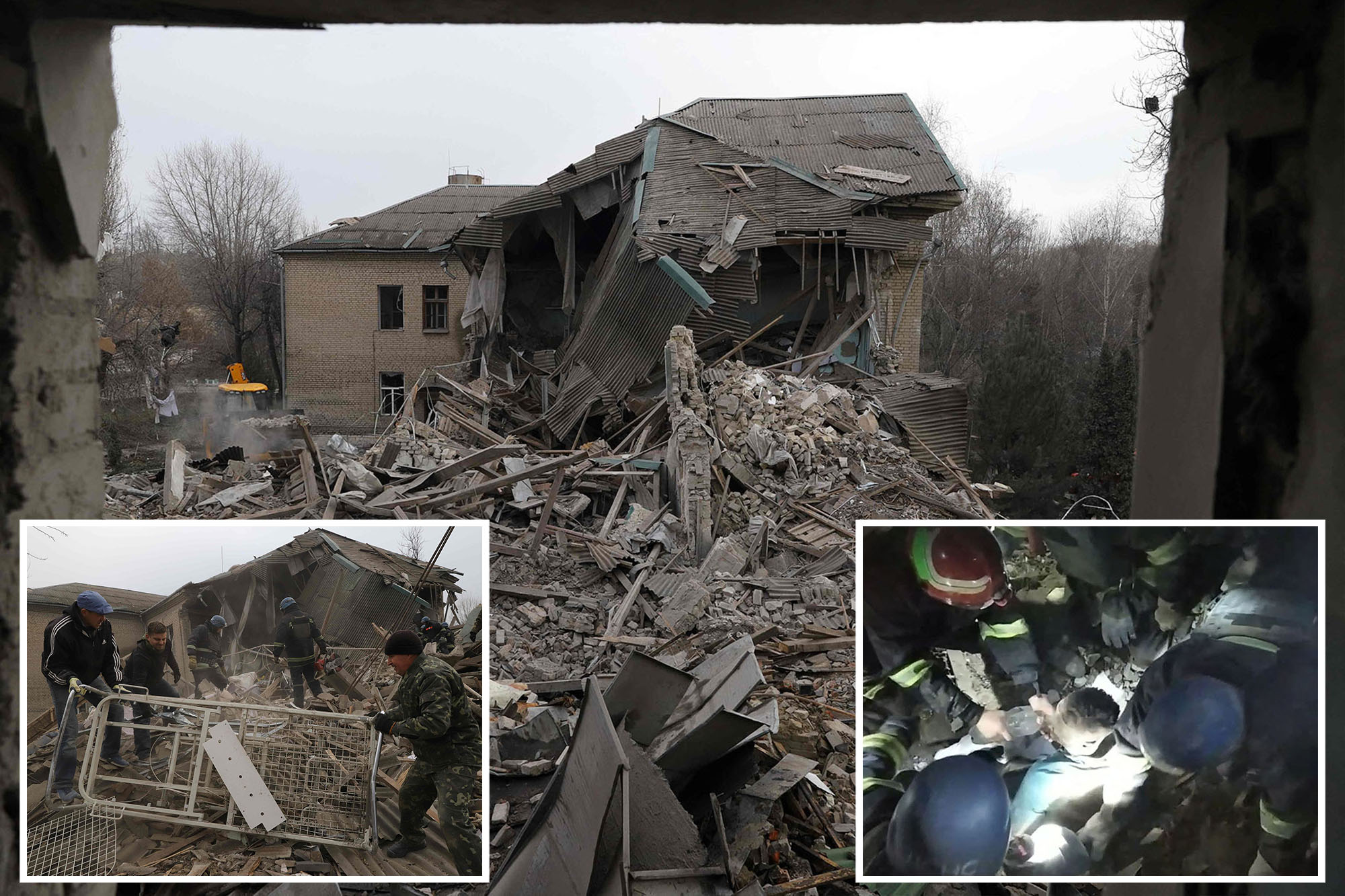 The overnight strike in Vilniansk, close to the city of Zaporizhzhia, was part of a fresh bombardment across the war-torn country, including the capital Kyiv, where three people were killed in a two-story building.

“Grief overwhelms our hearts — a baby was killed who had just seen the light of day,” he said, sharing photos of thick smoke rising from the rubble of the hospital.

“A baby who was only two days old was killed, doctors were injured, one of whom received severe burns,” he added in a later post.

“Shelling hospitals and killing children are the realities of Russian terrorism.”

It was just the latest attack on a hospital as Russia’s war enters its tenth month, including the March 9 destruction of a maternity hospital in the now-occupied port city of Mariupol.

“Horrible pain. We will never forget and never forgive,” she said, offering “sincere condolences to the loved ones of the baby.”

Her husband, President Volodymyr Zelensy, also shared images from the attack, stressing that “there are probably still people under the rubble.”

“The enemy has once again decided to try to achieve with terror and murder what he wasn’t able to achieve for 9 months” of war, he said.

Andriy Yermak, the head of the Ukrainian presidential office, called the attackers “terrorists” and “bastards.”

“l’ll say one thing only: we will retiliate,” he warned. “Justice will smell them out by their rot. They will be held accountable for every Ukrainian life they take or break.”

The attack came as Russia rained down volleys of missiles across Ukraine on Wednesday, hitting infrastructure in the capital Kyiv and other cities as Moscow pursued its campaign to knock out Ukraine’s power and heat ahead of the looming winter.

The Kyiv city administration said that three people were dead and three wounded in the capital after a Russian strike hit a two-story building.

Kyiv Mayor Vitali Klitschko said that “one of the capital’s infrastructure facilities has been hit” and there were “several more explosions in different districts” of the city, with water supplies knocked out.

There were power outages in parts of Kyiv, in the second-largest city of Kharkiv, the western city of Lviv and in the southern Odesa region. In Moldova, Infrastructure Minister Andrei Spinu said that “we have massive power outages across the country” following a similar outage on Nov. 15.

The renewed barrage piled further hardship on a country already laboring from repeated strikes on its power grid, with Russia seemingly intent on turning the onset of winter into a weapon, by pounding Ukraine’s key infrastructure from the air.

Putin fell down stairs, soiled himself amid health woes: report