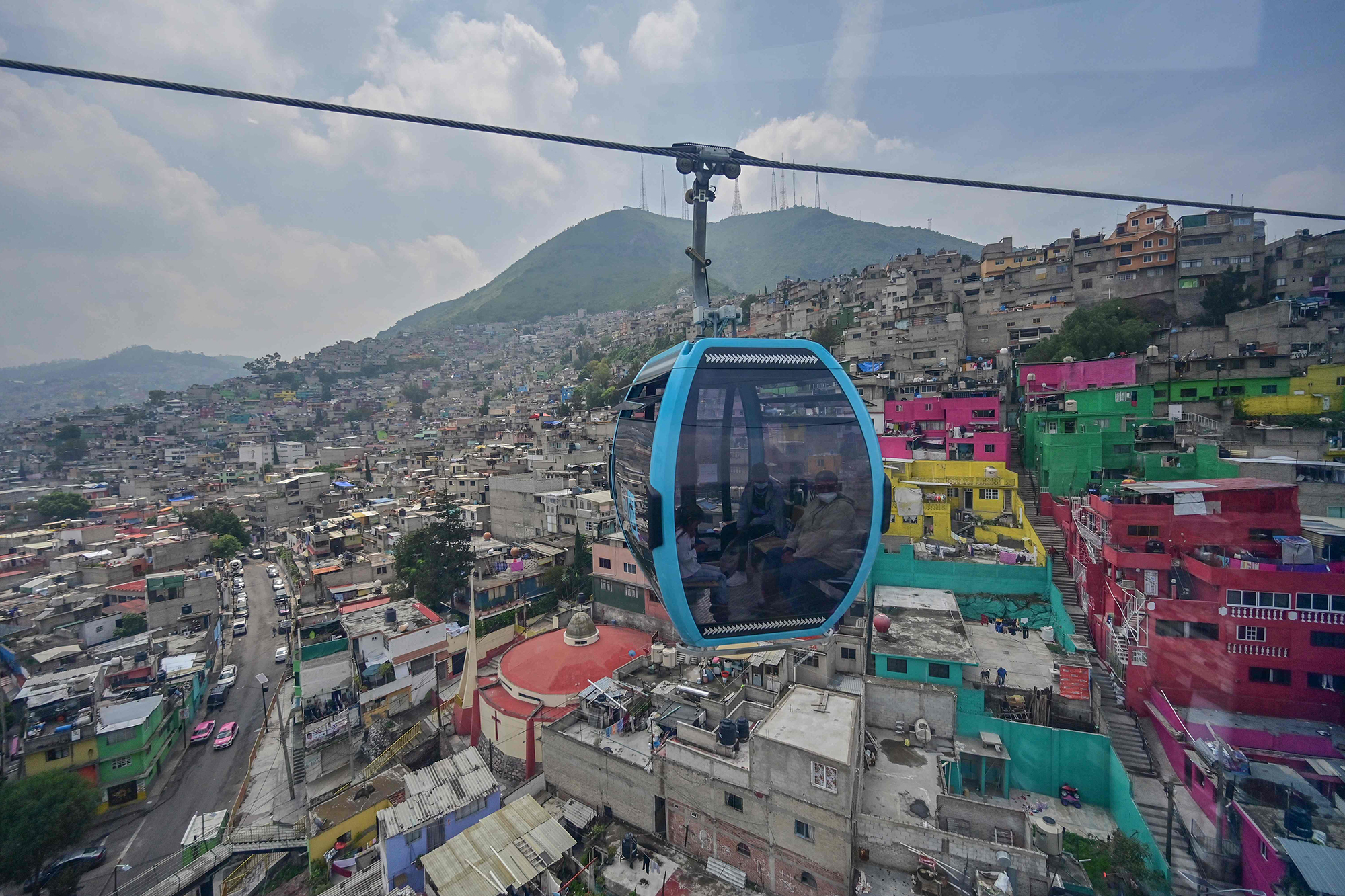 Nine people, including three children, were left dangling from a collapsed cable car in Mexico for four horrifying hours before being plucked to safety, according to a report.

The passengers were stuck in the car’s cabin after the cable snapped around 5 p.m. Tuesday in Taxco — leaving them suspended nearly 100 feet above the ground before rescuers reached them, Mexico News Daily said.

Three of the nine passengers, who were all part of the same family, were later taken to a local hospital to be treated for panic, the outlet said.

The incident happened when a counterweight cable broke and brought the entire system to a halt — and stranded the passengers.

A team of first responders eventually created a makeshift zipline from a nearby building and were able to climb down and pull the passengers to safety while onlookers applauded, the newspaper said.

The car carries hundreds of tourists a day from the city center to the five-star Montetaxco Hotel, which sits atop a massive hill in the area.

Last month, a cable car in the Italian Alps broke loose and was sent tumbling down a mountainside, killing 14 people.

The sole survivor of the tragedy near Lake Maggiore was 5-year-old Eitan Brian, whose parents, great-grandparents, and 2-year-old brother were all killed.