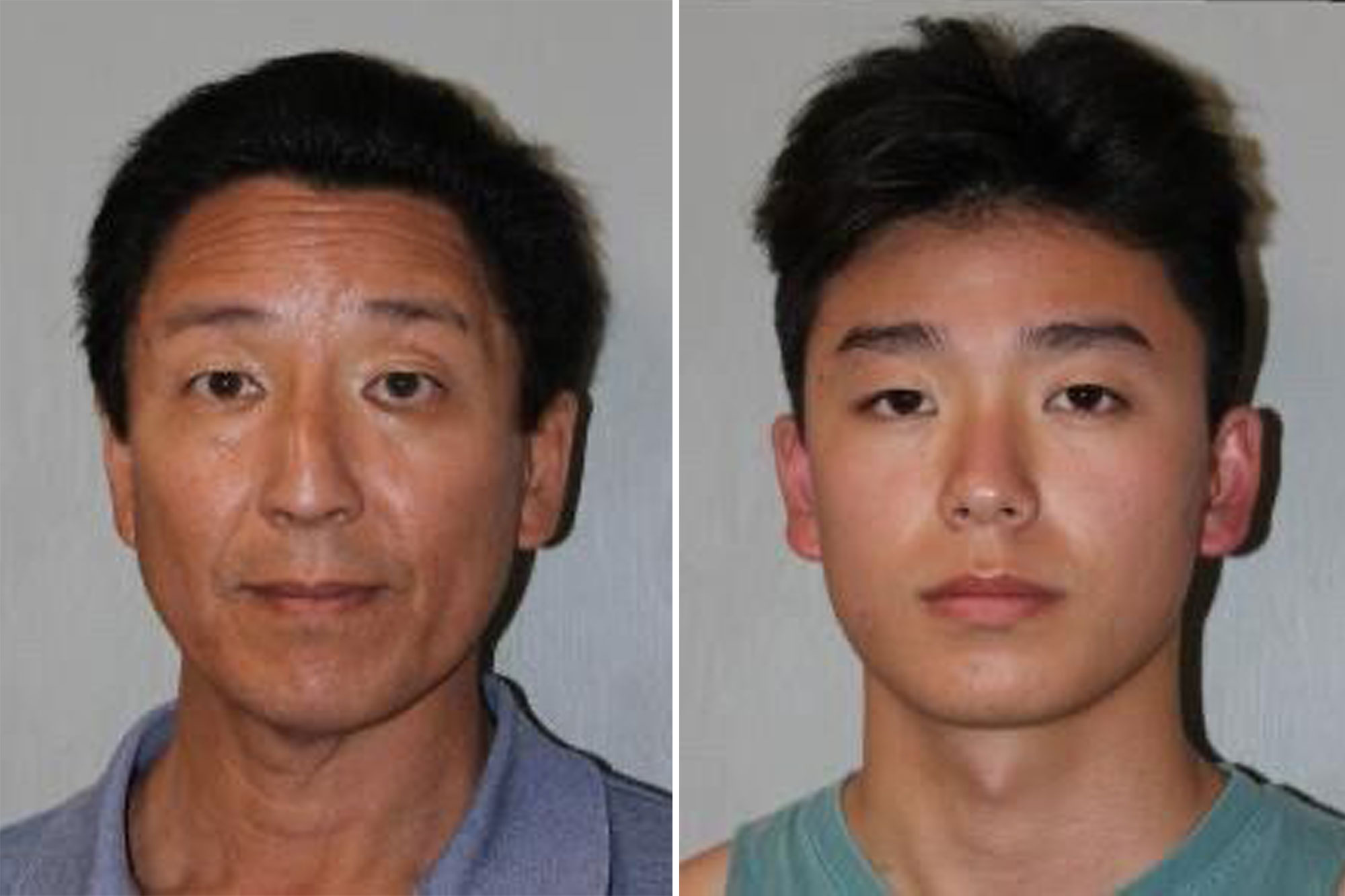 A California father and son flew to Hawaii for vacation — only to be arrested at the airport and jailed after allegedly showing officials fake COVID-19 passports.

Norbert Chung, 57, and Trevor Chung, 19, were taken into custody at Honolulu’s airport Sunday and charged with trying to get around the isolated state’s Safe Travel Program with phony documentation, according to local outlet KHON.

The arrests are the first of their kind in the Aloha State, which has been grappling with soaring COVID-19 cases this month, the report said.

Ongoing travel restrictions require visitors to present proof of vaccination or a negative COVID-19 test to avoid a 10-day quarantine.

Prosecutors said the arrests were made after receiving a tip from a community member, the TV station reported.

“To come to Hawaii and spend thousands of dollars on a trip and hotel and airfare and the money you’re going to spend to enjoy paradise, you’re going to risk that and spend even more money, because you put yourself, your family and others in jeopardy,” Arthur Logan, special agent of criminal investigations for the Department of Attorney General, told the outlet.

After the Chungs were arrested, they flew back to California and tested negative for COVID-19, then returned to Hawaii, where they were going through the court system, their attorney told the station.

It’s unclear why the father and son allegedly resorted to fake documentation, or why they reportedly flew back to the mainland for their coronavirus tests.

Anyone found guilty of falsifying vaccination documents is subject to a $5,000 fine and/or a year in prison, the article said.

The AG’s office created a task force to crack down on offenders when the travel restrictions were implemented last year.

“Part of that task force, our job is to investigate community complaints that come in about what’s going on with visitors that may or may not be cooperating,” Logan told the station.

“There are multiple investigations that we have and are continuing to do. This is the first one that culminated in the arrests such as we have, but that’s not to say there are more to follow.”