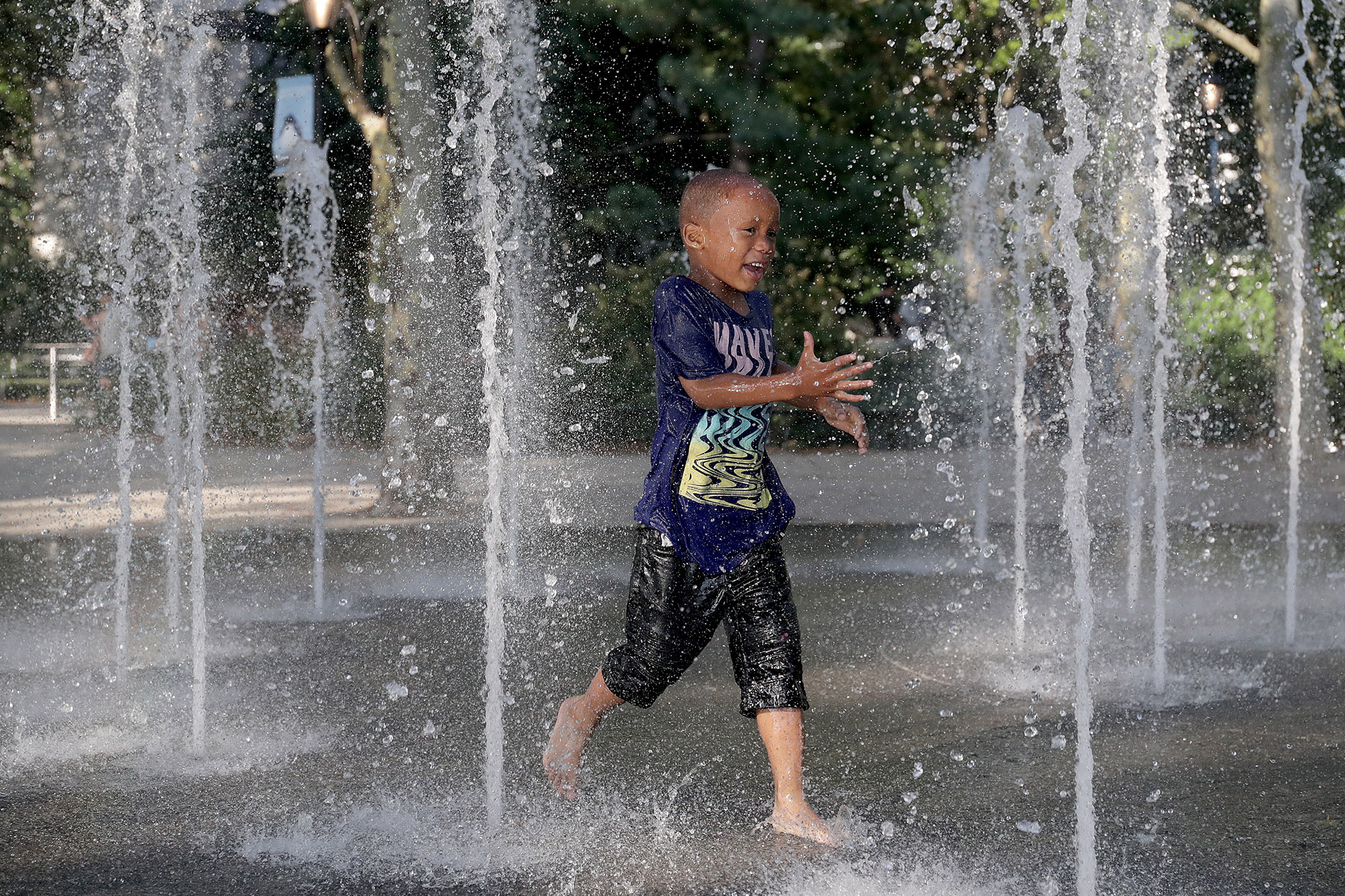 The Big Apple is dialing down the heat.

The oppressive heat wave, which lasted for six straight days of 90-degree temperatures, will be no more in the city on Tuesday, as less-humid weather moves into the region, forecasters said.

“Clouds will likely start to decrease and temperatures will be much lower so that’s good,” Fox Weather meteorologist Stephen McCloud told The Post Monday evening.

Temperatures will be around 86 degrees, which McCloud said is right around the seasonal average for this time of year. And humidity is expected to be much less than on Monday.

“It’s summer, there’s going to be a little bit of humidity but not as much as Monday,” McCloud said.

A north wind will also help cool things off but could bring some showers on Tuesday.

“By tomorrow night we do run a chance of thunderstorms coming in late,” McCloud said. “It’s a slight chance, but it’s there.”

Temperatures will stay in the mid-80s with a high of 88 degrees Wednesday and the skies will be mostly sunny with a slight chance of showers in the afternoon.

On Thursday temperatures will warm up again with another chance of showers and storms, McCloud said.

The heat wave officially broke in the tri-state area on Monday, when a stretch of sultry conditions was ended by severe thunderstorms and powerful gusts of wind.

Footage posted to Twitter showed a lightning bolt strike the top of the Empire State Building as the storm moved through the region on Monday afternoon.