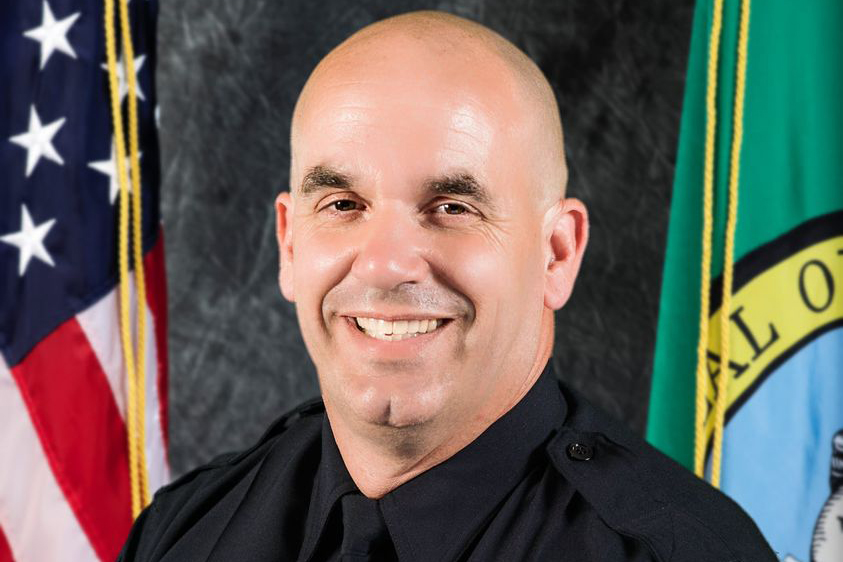 An off-duty Washington state cop was shot on his morning run after he confronted two burglars trying to break into a local business early Sunday, authorities said.

Federal Way Police Officer Donovan Heavener suffered serious injuries in the 7 a.m. shooting in the city of Puyallup — but he is expected to recover, Chief Andy Hwang said in a statement posted to Facebook.

The shooting unfolded after Heavener, who joined the department in 1997, saw two men attempting to bust into a Jennings Equipment store, Fox News reported, citing police.

Heavener intervened and exchanged words with the duo before one of the men opened fire.

The veteran officer was hit in the abdomen. He was taken to a regional hospital in Tacoma where he went under surgery, according to Hwang.

The suspects sped away in two separate vehicles and were still being sought late Sunday.