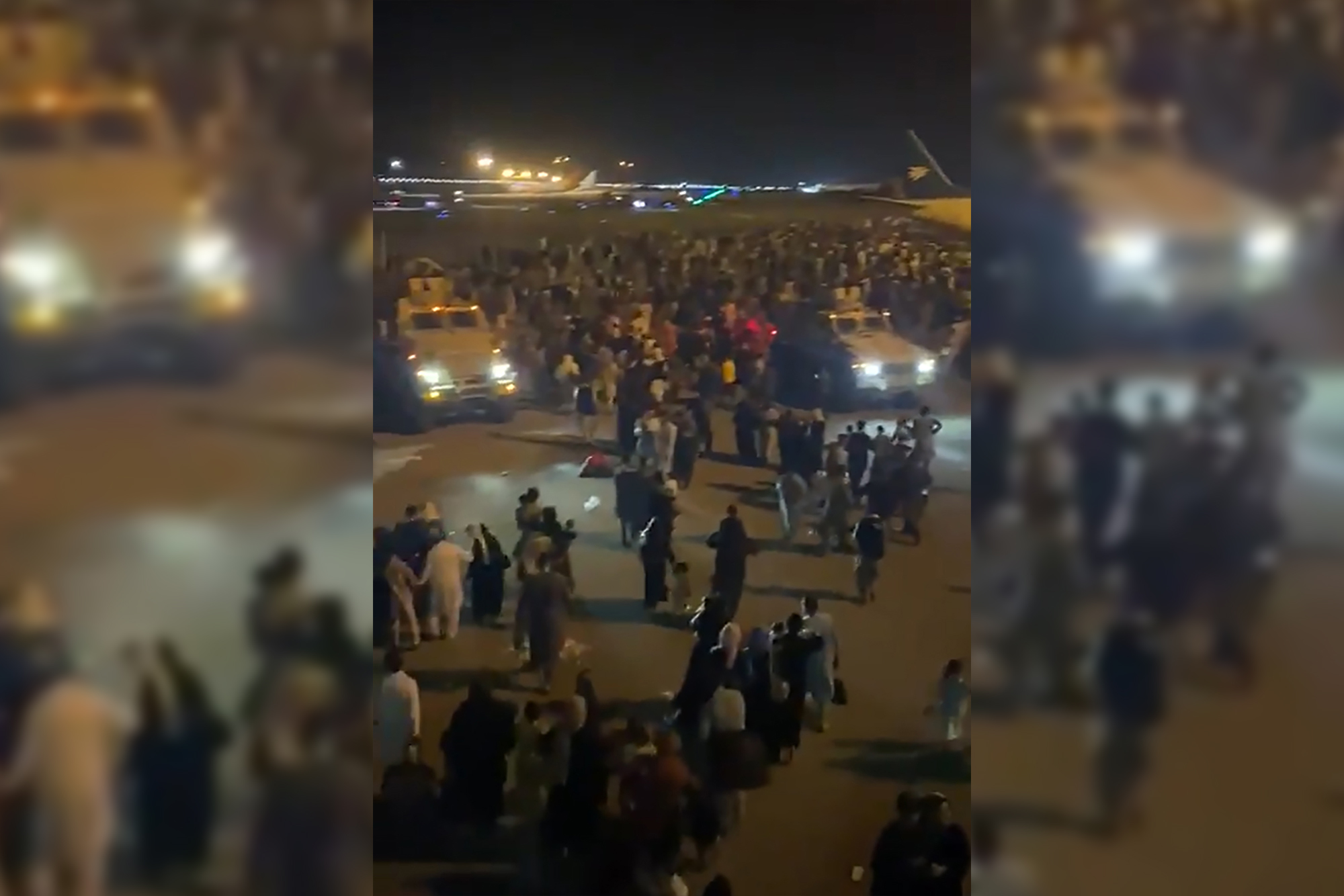 US officials vowed Sunday to “secure” the chaotic Kabul International Airport while “taking over air traffic control” in order to evacuate Americans —  as hundreds of people tried frantically to flee the Afghan capital amid a Taliban takeover.

Thousands of military troops will be deployed to help American citizens and locals aiding the US get out of the under-siege city, the Department of State and the Department of Defense said in a joint statement

“At present we are completing a series of steps to secure the Hamid Karzai International Airport to enable the safe departure of US and allied personnel from Afghanistan via civilian and military flights,”  the statement says.

“Over the next 48 hours, we will have expanded our security presence to nearly 6,000 troops, with a mission focused solely on facilitating these efforts and will be taking over air traffic control,” it declares.

“Tomorrow and over the coming days, we will be transferring out of the country thousands of American citizens who have been resident in Afghanistan, as well as locally employed staff of the U.S. mission in Kabul and their families and other particularly vulnerable Afghan nationals.”

US officials will also “accelerate the evacuation” of thousands of Afghans eligible for special US immigration Visas, including nearly 2,000 who have already arrived in the US  over the past two weeks, the agencies said.

The announcement was in line with a vow made earlier in the day by President Joe Biden  — who said the US will raise the number of deployed troops in the region from 5,000 to 6,000.

Images on Sunday showed a massive crowd of people on the airport’s tarmac desperately trying to run from the group of extremist Islamic militants, who had stormed the capital and taken over the city, according to footage posted on Twitter by Saad Mohseni of MOBY Group, Afghanistan’s largest media outlet.