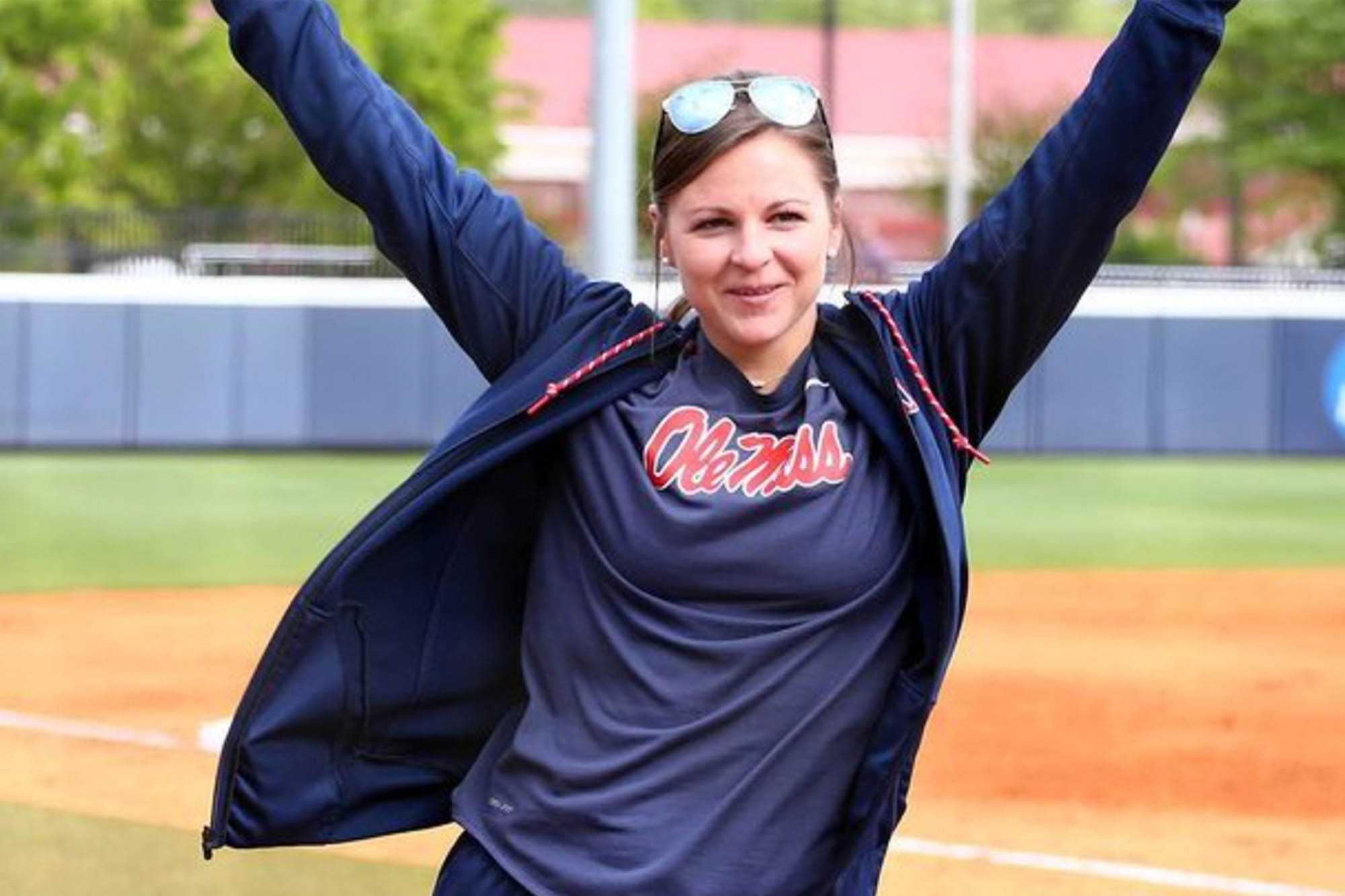 The Ole Miss softball team coach at the center of a steamy love triangle involving a student — which has put the program under a Title IX investigation — is married.

Katie Rietkovich Browder, accused of an illicit liaisons with one of her players, had only recently been married, social media posts show.

Katie and CJ Browder exchanged vows in December 2019, according to various posts on their now-blocked social media accounts.

The newlywed coach is accused of sexual misconduct with an unnamed player, in a story first reported by the softball website Running Poles.

The scandal broke open when the athlete’s girlfriend, also an unnamed senior, discovered suggestive text messages between Browder and the student.

The jilted lover captured screen shots of the messages this past spring and taped print-outs of the exchanges to the coach’s computer, according to the report.

The Browders apparently enjoyed an elegant wedding about 18 months earlier.

One of the coach’s Twitter posts shows her in curve-hugging white wedding dress dancing with her dad; another with him in a dark blue suit with boutonniere walking her down the aisle.

The happy couple apparently opened a gift registry with Anthropologie, and shared a wedding website, Becoming the Browders, now defunct, with friends and family.

The sex scandal that threatens to break up their marriage may also consume the entire Ole Miss sports program.

The broken-hearted student reportedly penned a letter to University of Mississippi athletic director Keith Carter outlining the controversy, alleging a cover up of sexual misconduct orchestrated by head softball coach Jamie Trachsel, while filing a formal complaint with the NCAA.