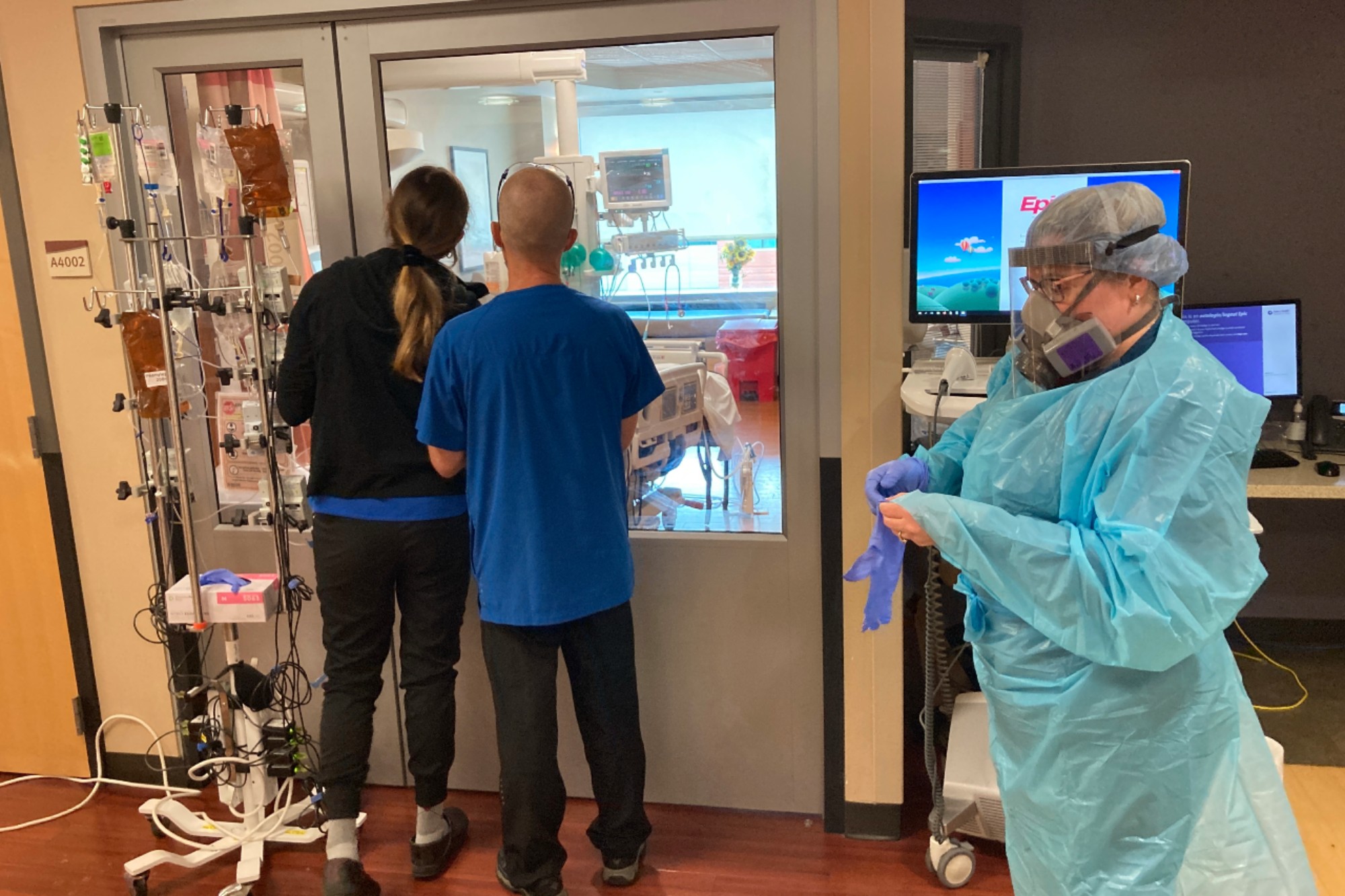 BEND, Ore. — The death toll from COVID-19 in Oregon is climbing so rapidly in some counties that the state has organized delivery of one refrigerated truck to hold the bodies and is sending a second one, the state emergency management department said Saturday.

So far, Tillamook County, on Oregon’s northwest coast and Josephine County, in the southwest, requested the trucks, said Bobbi Doan, a spokeswoman for the Oregon Office of Emergency Management.

Tillamook County Emergency Director Gordon McCraw wrote in his request to the state that the county’s sole funeral home “is now consistently at or exceeding their capacity” of nine bodies.

“Due to COVID cases of staff, they are unable to transport for storage to adjacent counties,” he wrote, adding that suicides are also up in the county.

The refrigerated truck arrived in the county on Friday, loaned by Klamath County, Doan said in a telephone interview.

The Tillamook County Board of Commissioners said Friday the spread of COVID-19 “has reached a critical phase.”

In a statement published online in the Tillamook County Pioneer, they said that from Aug. 18 to Aug. 23, there were six new COVID-19 deaths in the county, surpassing the five total COVID-19 deaths that occurred during the first 18 months of the pandemic.

“In the past week, we more than doubled the number of COVID deaths in Tillamook County, from five to eleven,” Commissioners Mary Faith Bell, David Yamamoto and Erin Skaar wrote. They begged residents: “Please get vaccinated.”

The request come as the coronavirus delta variant tears through Oregon’s unvaccinated population.

The county vaccination rate is 70 percent, either in progress or fully vaccinated.

But in Josephine County, where hospitals are overwhelmed and its morgues are also reaching capacity, the vaccination rate is only 53 percent, according to Oregon Health Authority data. The vast majority of COVID-19 patients clogging the state’s hospitals and intensive care units are unvaccinated.

Unlike their counterparts in Tillamook County, Josephine County commissioners are not promoting the vaccine.

Jefferson Public Radio reported that in a meeting earlier this month with local health officials, Josephine County Commissioner Herman Baertschiger Jr., a former leader of the minority Republicans in the Oregon Senate, said: “I’m not going to hog-tie anybody and give them a vaccination.”

Hospital workers in Grants Pass, the county seat, said their morgue was full as a result of a surge in coronavirus cases.

CEO Win Howard of Asante Three Rivers Medical Center in Grants Pass told commissioners: “We are in a full-blown health care crisis in our community. I’ve never seen anything like this before.”

During the public meeting, the commissioners repeatedly questioned the efficacy of the vaccines, suggested the surge was caused by Mexican immigrants and instead promoted unproven medicines, Jefferson Public Radio reported.

Josephine County Emergency Manager Emily Ring asked the state on Tuesday for a refrigerated trailer that could hold “20-48 cadavers.”

She wrote that the county hospital is daily exceeding its body storage capacity and that the five funeral homes and three crematoriums are “at the edge of crisis capacity daily.”

“Trailer must have hoists for body lifts and shelves,” she said in her urgent request form.

Morgues are allowed to legally have only a certain number of bodies at the same time and that creates the capacity issue, Doan said. Her office is facilitating the transfer of a refrigerated morgue truck from Yamhill County to Josephine County.

“Right now, OEM’s role is really in that air traffic control,” Doan said. “It’s like, here’s a need, here’s a resource to help them to connect the dots through mutual aid.”

Since the start of the pandemic there have been 268,401 reported coronavirus cases in this state of 4.2 million.