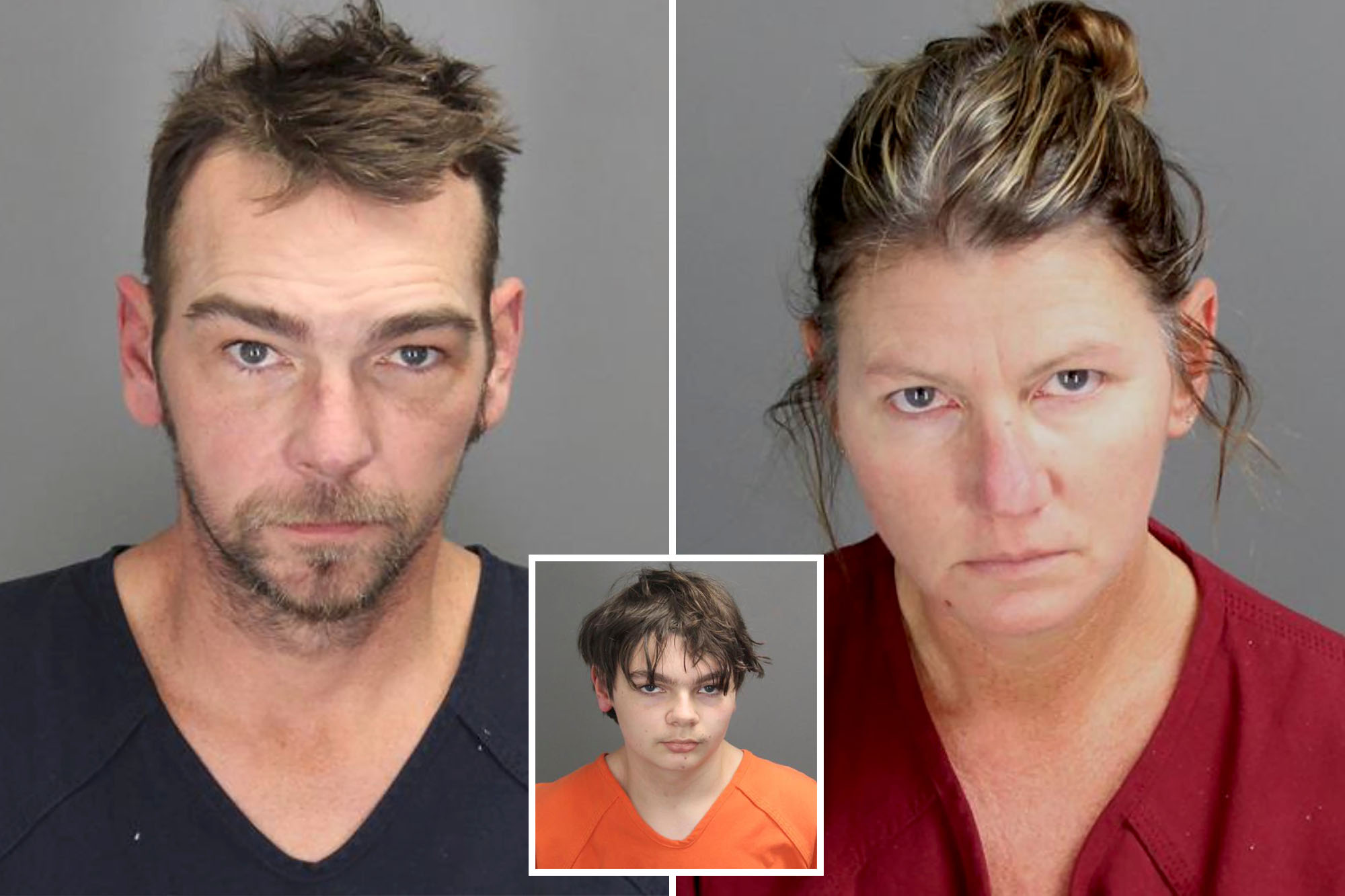 The parents of a Michigan teen accused of killing four classmates with a gun his mom and dad bought for him have pleaded not guilty to involuntary manslaughter charges.

Jennifer and James Crumbley each face four counts of involuntary manslaughter in connection with the Tuesday rampage blamed on their 15-year-old son, Ethan. Each count is punishable by up to 15 years in prison.

Appearing via video before Oakland County District Court Judge Julie Nicholson, Jennifer Crumbley seemed to be holding back tears as she said she understood the charges against her, and entered four pleas of “not guilty.”

James Cromley was more stoic as he calmly said he understood the charges and entered four pleas of “not guilty.”

The couple was arrested early Saturday after dodging authorities for hours after the charges were filed. Police said they were tipped off that the fugitives were hiding out in a commercial building about 50 miles north of their Oxford, Michigan, home.

While rare, it is not the first time parents were charged in connection with a crime comitted by their child. McDonald said she didn’t think the charges against the Michigan parents were “unique or unusual,” claiming the parents did not do enough to stop the tragedy from happening.

Ethan was charged as an adult with four counts of first-degree murder, terrorism and seven counts of assault with intent to murder, and held without bail. He is due back in court Dec. 13.