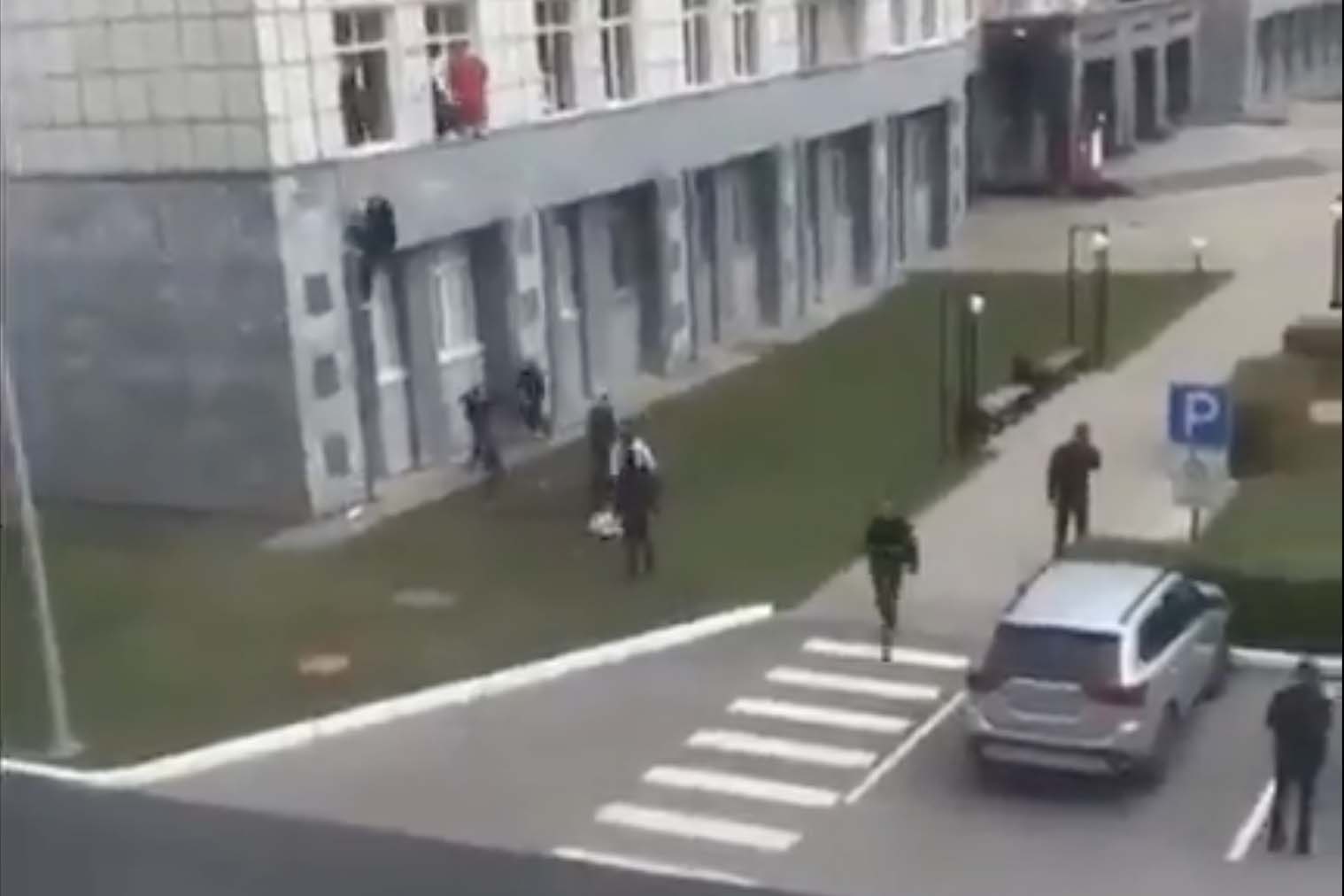 MOSCOW — A gunman opened fire in a university in the Russian city of Perm on Monday morning, leaving five people dead and six wounded, according to Russia’s Investigative Committee.

The unidentified perpetrator used a non-lethal gun, according to the Perm State University press service. Students and staff of the university locked themselves in rooms, and the university urged those who could leave the campus to do so.

The gunman was later detained, Russia’s Interior Ministry said. The Investigative Committee has opened a murder probe in the aftermath of the incident.

The state Tass news agency cited an unnamed source in the law enforcement as saying that some students jumped out of the windows of a building. The regional heath ministry among those wounded were injuries both from the shooting and from trying to escape the building.

GOP slams Kamala Harris for going to DMZ instead of Texas