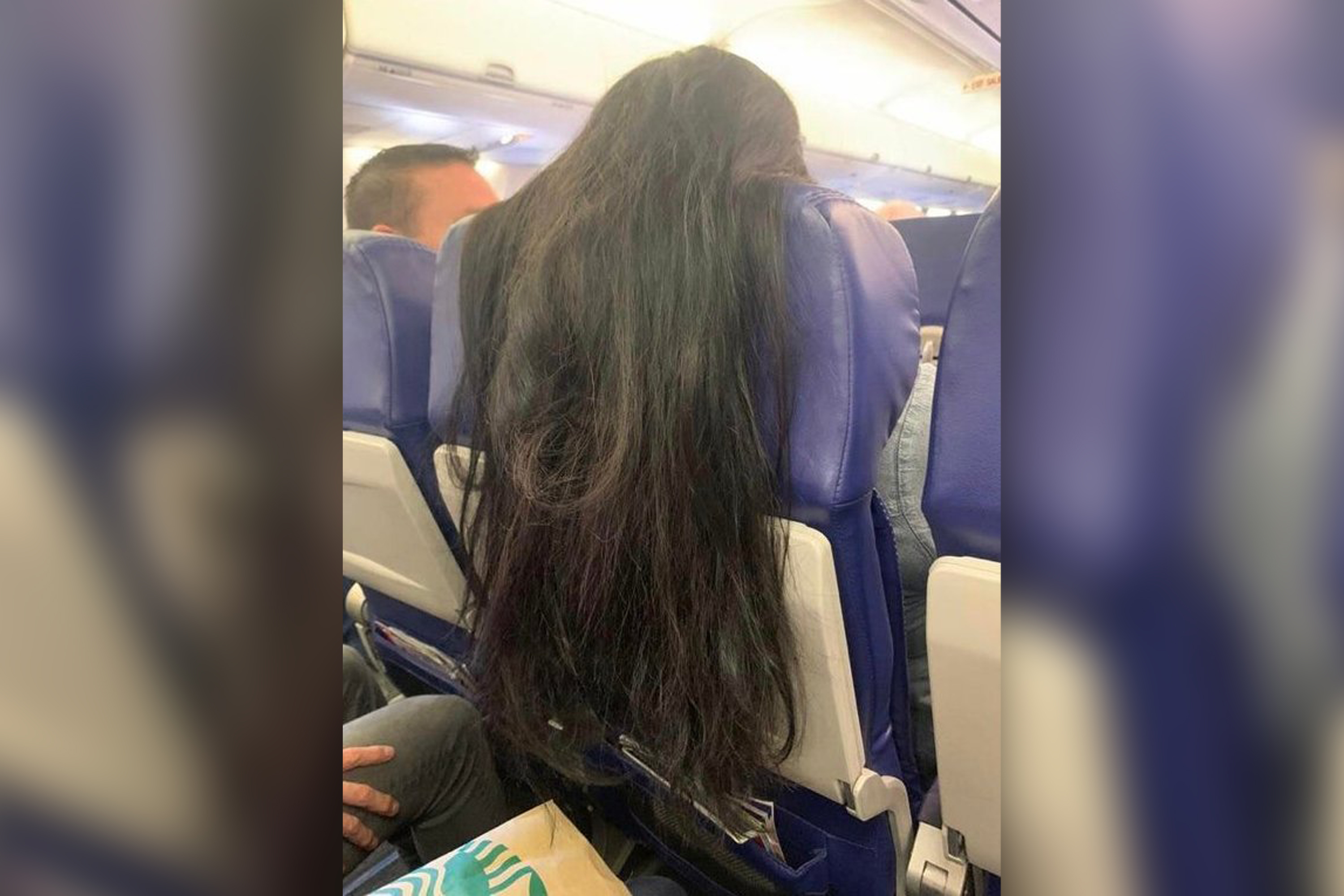 A plane passenger has sparked outrage online after a photo emerged of her long hair draped over the back of her seat.

The picture, showing the hair draped down onto another passenger’s tray table, was posted on Twitter.

Twitter user Anthony captioned the picture on October 20 with the caption “Would this piss you off”.

It is unclear what airline the woman was on or where the plane was headed.

The tweet has since gone viral, with many replies reading “yes,” agreeing it would cause them upset.

One critic even came up with a way to get their own back on the passenger, writing: “I would quietly lower the tray, let her hair fall in and then close it up again.

“It would piss me off and I’d tell her to keep it in her seat. If she gets pissy, offer to cut it.”

And a third user said: “I have really long myself and I would never do that to someone. And yes it would kind of irritate me.”

Meanwhile another critic added: “I totally agree with you, absolutely unnecessary and kind of gross for that matter, how would she like it if the person behind her sneezed into her hair instead of their tissue. That might teach her!”

While the majority of commentators came out in favor of the man who posted the image, not everyone agreed.

One wrote: “Lol nah. If I need the tray I’d just let her know I need to get under her hair for a sec. but why would I get mad? Flight over soon, on my merry way.”

In November last year, a plane passenger who flicked her hair over the headrest, obscuring the person behind’s TV screen, ended up with chewing gum, a lollipop and coffee tangled into her locks in an act of revenge.

In a video shared on TikTok — which some have branded fake — the fuming traveller sat behind was spotted mixing gum into the hair.