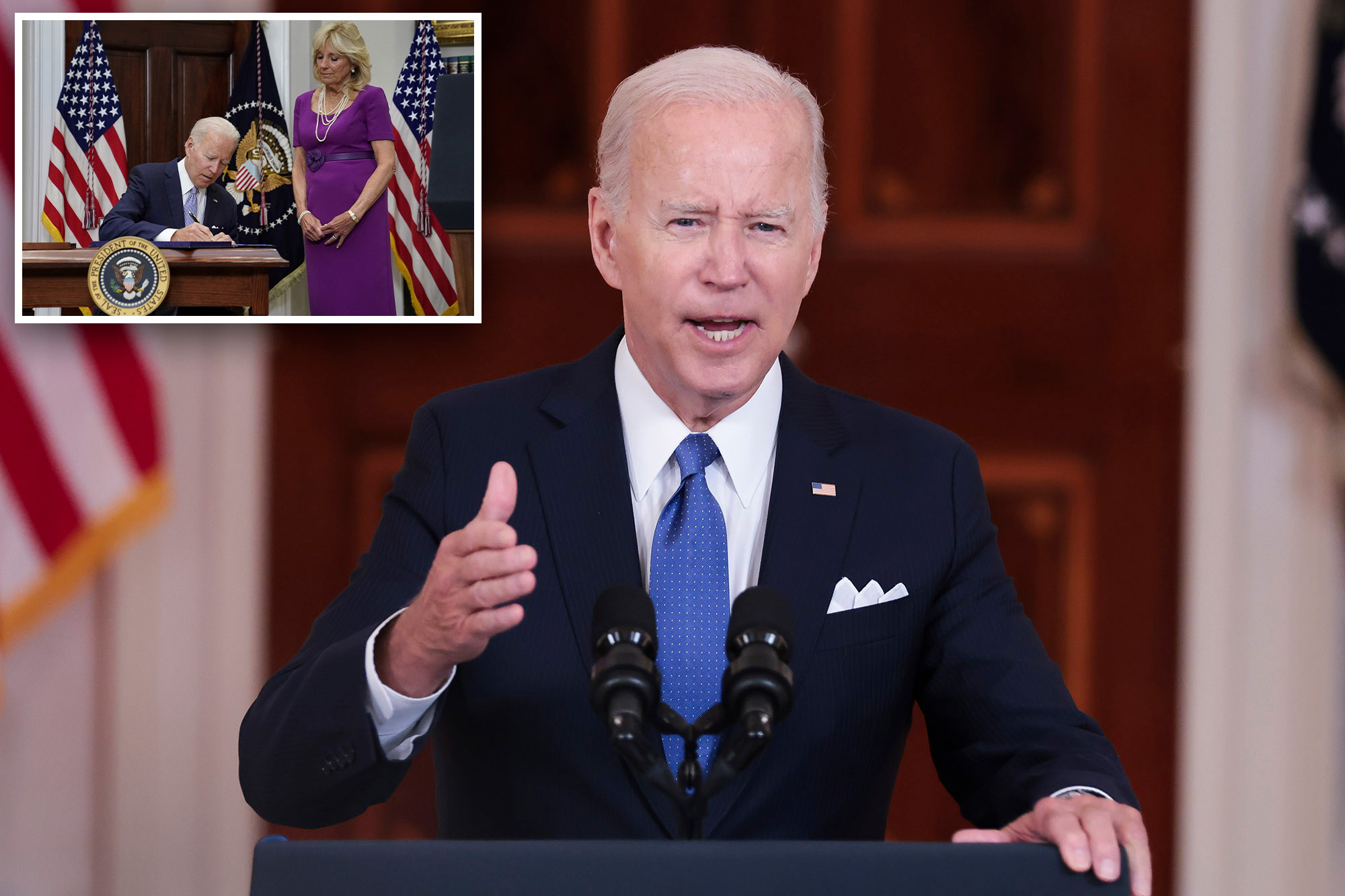 “I have been at this work from long long time. I know how hard it is. I was there 30 years ago the last time this nation passed meaningful gun safety laws;” Biden said. “While this bill doesn’t do everything I want, it does include actions I’ve long called for that will save lives.”

First Lady Jill Biden stood by her husband’s side as he spoke.

“They led the way so other families will not have the experience of pain and trauma that they had.”

After Biden signed the bill — which includes enhanced background checks on the youngest gun buyers, provides millions for mental health services and gives state’s incentive to pass red flag laws — a reporter asked whether he believed the Supreme Court was “broken,” in the wake of its decision to overturn the landmark Roe v Wade decision that protected women’s rights to abortion on Friday.

“I think the Supreme Court has made some terrible decisions,” he said.