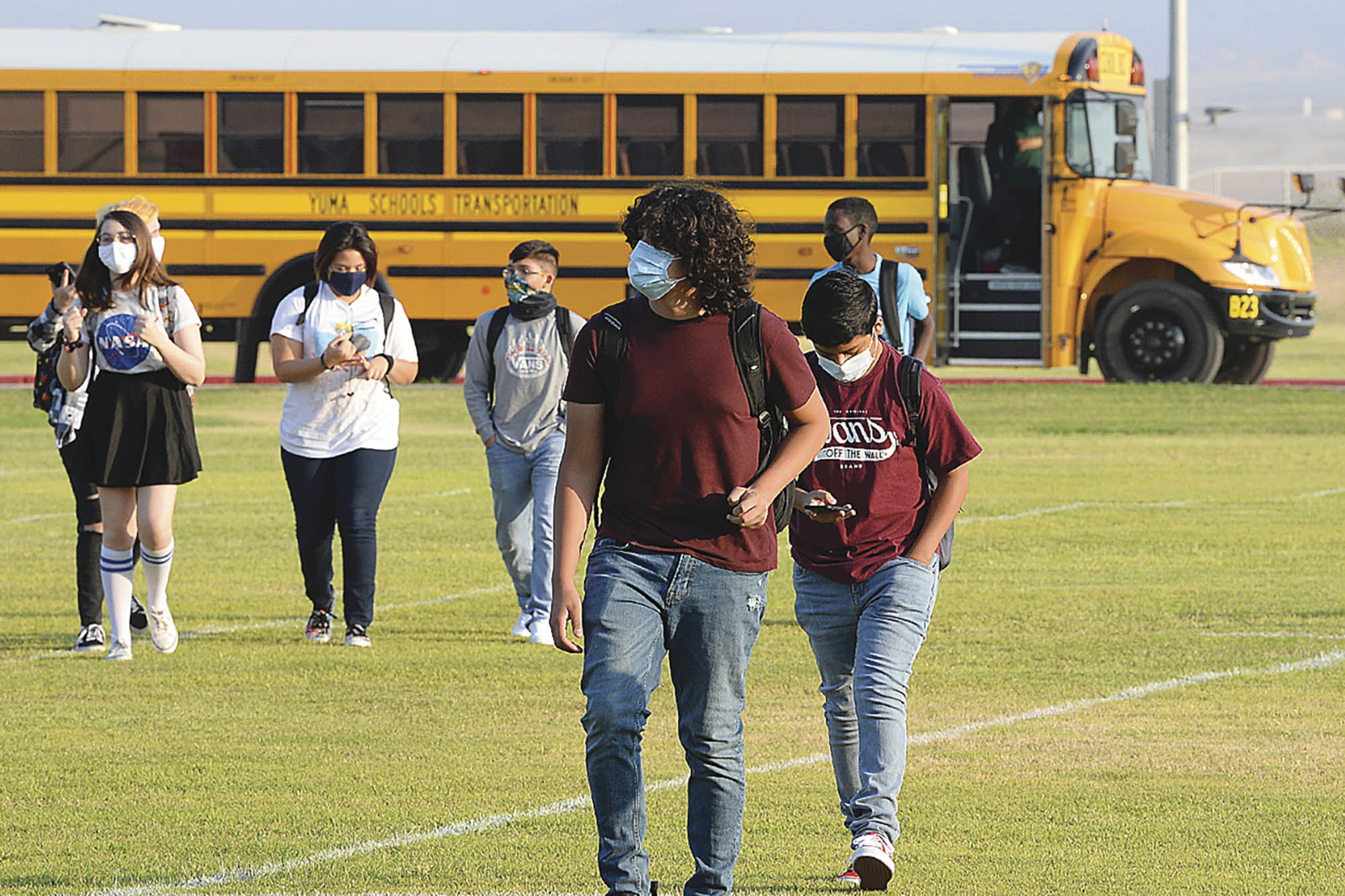 An irate dad was among three men who threatened an Arizona principal with a citizen’s arrest because she ordered his child to quarantine because of a possible exposure to COVID-19, reports said.

“He had video in my face, and two other men barged into my office,” Vargo told a local NBC News affiliate. “And one of them was carrying zip ties. … They were three big men. I was scared. My assistant was scared.”

The student was reportedly present during the incident.

Police were called when the men refused to listen to the principal, who said she was following Pima County Health Department in her decision to quarantine the student for at least a week.

All three men were recording the principal and her aide, “and threatening to arrest us,” she told the outlet.

The father, Rishi Rambaran, 40, was arrested for Friday, charged with trespassing on school grounds, according to NBC. He was later released. The other two men don’t have kids at the school, Vargo said.

“I asked them to leave and they would not,” she said. “My door is open to talk to parents. But the way he did it was not OK.”

The Post has reached out to the Tucson Police Department.